Meet the only professional MMA fighter from UAE

Emirati Ahmad Al Darmaki is fighting in the capital this week at MMA spectacular Abu Dhabi Warriors 4. He talks to What’s On about pre-fight nerves, gives us his top training tips, and reveals how he plans on winning his upcoming rematch with Ukrainian fighter Artiyom Gorodynets.

The world of Mixed Martial Arts is growing in popularity in the UAE, and May 24 sees the fourth edition of the MMA championship Abu Dhabi Warriors take place at the IPIC Arena at Zayed Sports City. It’s worth heading down because you can cheer on some local talent as well – Ahmad Al Darmaki is a 27-year-old lightweight Emirati who has his eyes on the prize next week. The former runner will square off against Ukrainian Artiyom Gorodynets, who defeated Al Darmaki by an armbar submission last time round. Al Darmaki though is out for revenge and is hoping a new training regime will help him secure glory.

What’s life like for a professional fighter days before a clash?
Simple – I just sleep, eat, train.

You switched from being a runner to be a MMA fighting. Why was that?
I like to challenge myself. I used to be a sprinter before. Running is totally different from fighting but you still get your heart pumping.

What sort of things do you do at the gym?
I do a little running and sprints at the gym, swimming, sparring and crossfit also. 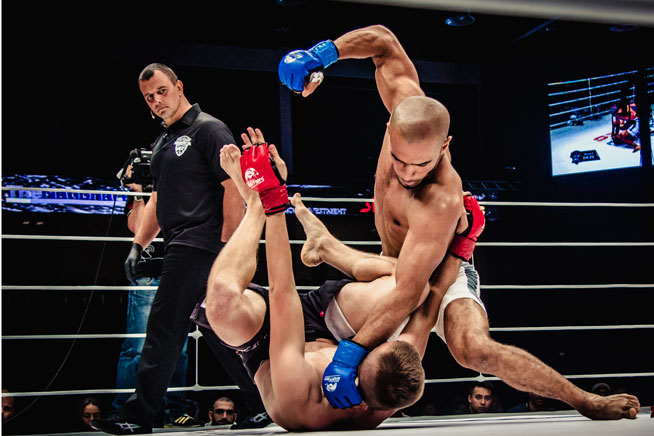 How are you preparing for the rematch?
Before, with other fights, I didn’t really prepare. I used to train once a day and that’s why I lost. Now I train three or four times a day. Most of the training is swimming, technique and stretching. I’ll work out for a minimum of three times and maximum of four times a day. So I spend my whole day at the gym, basically. I’m really determined to win. So I’m accounting for every single second.

Do you get nervous before a fight?
Before, I used to. I’d even get sweaty. But if you have to face something that makes you nervous and scared over and over again, the feeling goes away. This is a rematch so I’m just thinking about winning. I have to win. I have to finish him.

What do you eat when you train?
I order food from a company in Dubai. I have five meals a day because I burn so many calories a day from the training. I have to eat a lot of calories.

Do you do anything special to help your body recover from all that working out?
I use cryotherapy for recovery. I do it two times a day. I feel like a new person – so different. I wasn’t sure it would help recover your body so fast – in just three minutes – but I tried it and it is incredible. 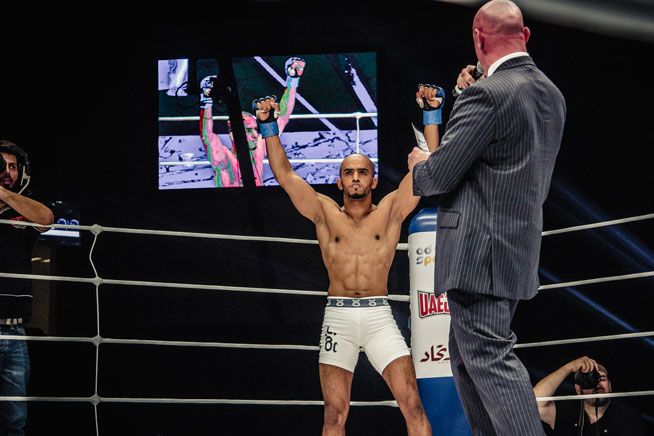 What can your fans expect at the rematch?
They can expect something that never happened before. This time I’m training and eating well, so there are no excuses.

News
Well-being
EDITOR’S PICKS
Ramadan in Dubai: 38 iftars to try
READ MORE
Where can Dubai residents travel? Check out these 14 destinations
READ MORE
Rumours, facts and reveals: New Abu Dhabi bars and restaurants
READ MORE
UAE announces reduced working hours for Ramadan 2021
READ MORE
MOST POPULAR
5 ways to stay fit the fun way at Hudayriyat Island this Ramadan
How many days will we get off for Eid Al Fitr 2021?
Urban Outfitters' sister brand Anthropologie to open in The Dubai Mall
This double vacation offer includes stays in both Dubai and the Maldives
Dog of the Month: ubk launches unique social media competition
YOU SHOULD CHECK OUT
Our website uses cookies and other similar technologies to improve our site and your online experience. By continuing to use our website you consent to cookies being used. Read our privacy policy here.