Rihanna and The Chemical Brothers coming to Abu Dhabi for F1

Written by:
Nyree McFarlane
3rd May 2016

Two big names – covering very different genres – have been announced for the F1 concerts in Abu Dhabi this year.

The first two headliners for this year’s Yasalam after-race concerts at the Abu Dhabi F1 have been announced – and they are Barbados export Rihanna and legendary arena-filling dance duo The Chemical Brothers.

Rihanna will be playing on Sunday November 27, while the Chemical Brothers will take to the stage on Friday November 25. The artist for Saturday November 26 has yet to be announced. 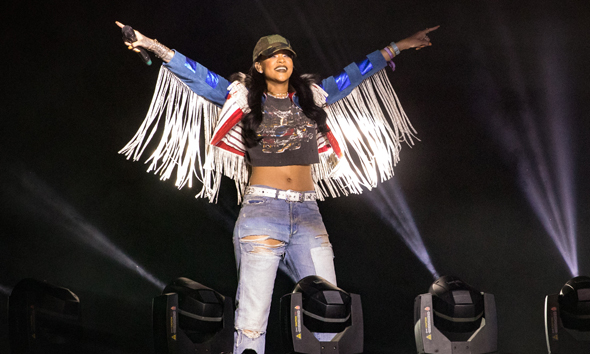 Rihanna, having just played at Coachella, is still one of the biggest (and baddest) names in R&B: she’s tied second-equal with The Beatles after having spent 59 total weeks at No. 1 on the Billboard Hot 100. Her latest album Anti went platinum after just two days: also, if you’ve managed to get through 2016 without getting Work stuck in your head, you’ve done better than us. 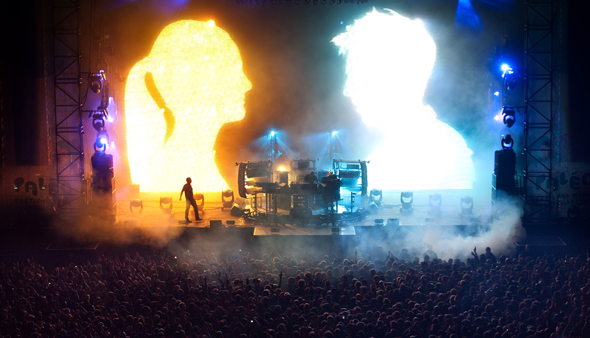 The Chemical Brothers on stage in 2011.

The Chemical Brothers are known for their festival-rocking electronic beats – made up of Tom Rowlands and Ed Simons, and formed in Manchester back in 1989, the boys will bring full-throttle dance music to the Yas Island stage.

While they did release an album – Born in the Echoes – last year, they have slowed down their touring schedule, so this is a fairly rare chance to see the lads, strobe lights and all. You’ve probably heard their latest song – the excellent, moody and yet uplifting Wide Open featuring Beck (“she’s getting away from me…”).

Last year the Yasalam concerts were Florence and The Machine, Blur and Enrique Iglesias.

Rihanna was in the capital in 2013 for a gig during her Diamond tour, and she visited the Grand Mosque while she was here (she was reportedly asked to leave due to not getting permission for a photoshoot):

Here’s the rousing, manic, robotic and layered 2015 tune Sometimes I Feel So Deserted from The Chem Bros:

And here’s the political, evocative 2015 American Oxygen from Ri-Ri:

Nightlife
EDITOR’S PICKS
Here's the full list of UAE public holidays in 2023
READ MORE
23 incredible things to look forward to in the UAE in 2023
READ MORE
Hidden gems: 10 UAE desert pop-ups to discover this winter
READ MORE
Where to travel in 2023: 10 new flight routes from the UAE
READ MORE
MOST POPULAR
Cult Expo bakery, Bread Ahead to open in Mall of The Emirates
First look: Milos by Costas Spiliadis opens in Atlantis the Royal
Upcoming performances, international artists and more in Dubai
16 upcoming shows, sports events, concerts and festivals in Abu Dhabi
Win a holiday around the world with Dubai Creek Resort
YOU SHOULD CHECK OUT
Our website uses cookies and other similar technologies to improve our site and your online experience. By continuing to use our website you consent to cookies being used. Read our privacy policy here.