City stays, far-flung destinations and mini-breaks await this Eid, with our pick of the best travel deals this summer… 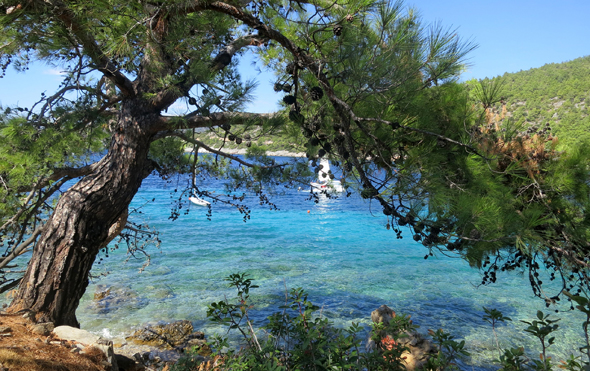 Located by the Aegean Sea, Bodrum is fast becoming Turkey’s answer to the French Riviera, thanks to a firm celebrity following including the likes of Kate Moss, Sting, the Jaggers and Salma Hayek. Known for its glamorous beach resorts, ancient ruins and hedonistic nightlife, it’s a great choice for a lively beach break with some celeb spotting thrown in. Emirates Holidays is offering return flights and a three night all-inclusive stay at Bitez Garden Life Hotel from Dhs2,365 per person.

While the honeymooners’ island is an expensive location, bear with us while we explain why it doesn’t need to cost the earth. Crystal clear waters, postcard powdery sand and some of the Maldives’ best surfing spots can be yours at the four-star Paradise Island Resort in Atol just north of Male.  Flight Centre is offering three nights’ half-board, including return flights and speedboat transfers from Dhs4,255
per person.

You’ll have to take a couple of extra days’ holiday for this one, but it’s such a steal, we couldn’t resist. Discover India’s Golden Triangle of Delhi, Agra and Jaipur, including the jewel of the trio, the Taj Mahal. Cobone is offering five nights in three-star accommodation, a six-day tour including an elephant ride in Amber Fort, plus all transfers from Dhs1,030 per person. Flights aren’t included but Air India is one of the cheapest options from Dhs1,366 per person. 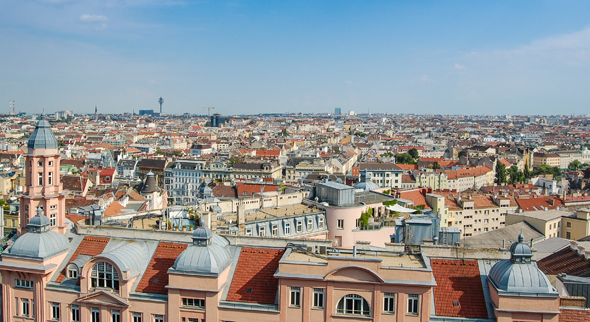 Fill your boots (and belly) with strudel and schnitzel at Naschmarkt, Austria’s legendary food market, stroll through the historic parks or admire the jaw-dropping architecture and baroque palaces, and you’ll soon realise that Vienna pretty much has it all.  For a slice of one of Europe’s chicest and prettiest European cities, Etihad Holidays is offering an irresistible deal with three nights at Le Méridien Vienna, located right on the city’s famous Ringstrasse, with return flights from Abu Dhabi, starting from Dhs2,899 per person.

There’s more to Oman than Muscat; namely its second largest city, Salalah.  Some say it feels more like Zanzibar than Oman, with its lush banana plantations, palm-fringed, white, sandy beaches and the aromatic alleyways of Al Husn Souk. And for an added bonus, average temperatures are a pleasant 28°C (borderline Baltic compared to the UAE). Flight Centre is offering return flights and two nights at the Salalah Rotana Resort, with breakfast, from Dhs2,255 per person. 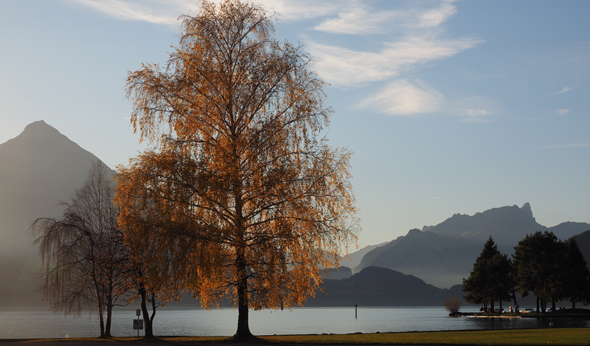 Yes, we had to google it too. But we’re glad we did because this picturesque town is slap bang in the centre of the Swiss Alps, meaning it’s not only beautiful, but makes for a cracking adventure holiday too. Groupon is offering four nights in the Oberland Hotel with breakfast, a mountain cable car ride, glacier tour and an unlimited Swiss Pass for travel by rail, bus and boat, from Dhs4,090 per person. Flights aren’t included but Swiss Air fly to Zurich from Dhs1,435. 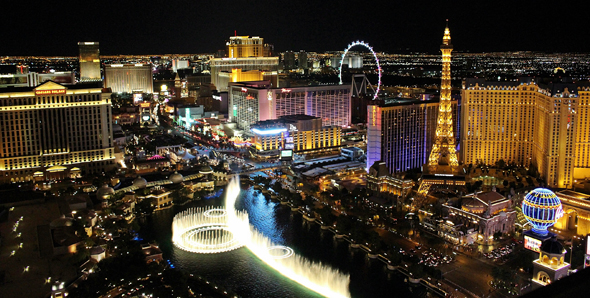 It may seem extravagant but good deals at the Bellagio – home to the world’s ‘other’ famous dancing fountain show – don’t come along too often, so why not go all out this Eid? Explore the lights and sites of the famous strip, ride a rollercoaster on the top of the Stratosphere Tower and take in a show. Etihad Holidays is offering return flights from Abu Dhabi, plus three nights’ accommodation at the Bellagio from Dhs8,199 per person. 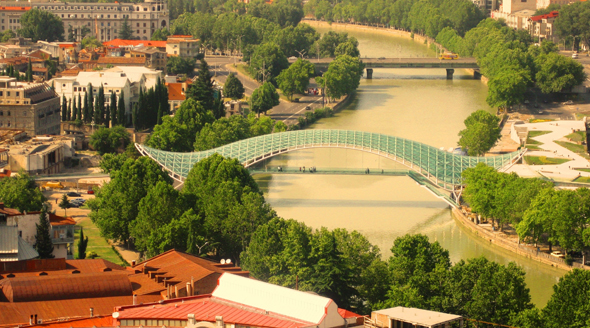 Georgia’s charming capital city seems to be on everyone’s lips at the moment, and it’s easy to see why. Explore art galleries and pop up exhibitions along Tiflis Avenue, visit historic castles and cathedrals, and tuck into hearty local cuisine, including khachapuri, the delicious cheese bread found on every street corner that’s dreamy and calorific in equal proportions. Musafir is offering three nights’ accommodation at the Grand Palace hotel, including breakfast, return flights, transfers and a half-day city tour, from Dhs2,399 per person.

Staycations
Travel
Travel Guides
EDITOR’S PICKS
Here's the full list of UAE public holidays in 2023
READ MORE
23 incredible things to look forward to in the UAE in 2023
READ MORE
Hidden gems: 10 UAE desert pop-ups to discover this winter
READ MORE
Where to travel in 2023: 10 new flight routes from the UAE
READ MORE
MOST POPULAR
Pics of the week: Your best photos of the UAE
Dhow & Anchor has got you covered every day of the week
RTA: All the road closures you need to be aware about
Review: The Nice Guy Dubai
Masha and the Bear is coming to Abu Dhabi this April
YOU SHOULD CHECK OUT
Our website uses cookies and other similar technologies to improve our site and your online experience. By continuing to use our website you consent to cookies being used. Read our privacy policy here.