Fox News has gotten it all wrong about the Middle East (yet again).

A US news channel has falsely accused a Dubai-based school group that follow international curriculum of teaching its students Sharia law and using fees to directly fund terrorism.

According to a report on the show Varney & Co by Fox Business, a Daily Caller News Foundation investigation has revealed that former US President Bill Clinton was paid more than US$5 million (Dhs18.4m) in fees by GEMS Education.

The news clip then alleges that the company, which operates 91 schools across the Middle East, US, Europe, Asia and Africa, “adheres strictly” to Sharia law “amongst other things”.

Fox also falsely alleged that GEMS funds terrorism with its school fees, suggesting “a portion of their tax, which they call religious tax, goes to funding Islamic jihad”. 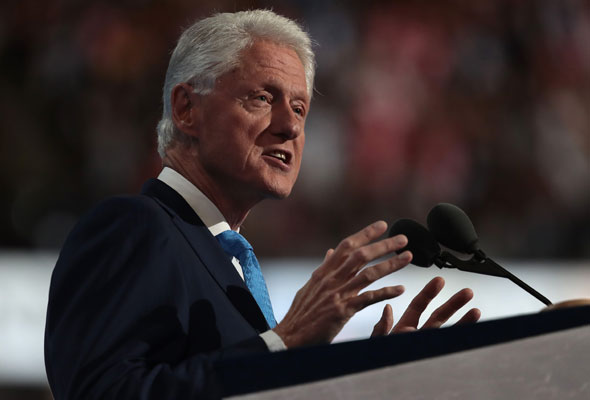 However GEMS actually offers a range of international curricular to its 250,000 pupils (of around 150 nationalities), including French, British, American and the acclaimed International Baccalaureate.

The educator’s network of schools across 14 countries also provide an Indian curriculum, or a blend of any of the above with the local curriculum of whichever country the school is in.

Clinton, who served as US president between 1993 and 2001, was appointed honorary chairman of the Varkey GEMS Foundation in 2010. He was duly paid to lead the GEMS charity arm, accruing multi-million-dollar paychecks between 2010 and 2014 according to reports.

“Access to education provides the means to lift children out of poverty and that an educated child affects not only the child itself, but his or her family and the wider community,” Clinton said at the time of his appointment.

“The Varkey GEMS Foundation’s commitment will bring this opportunity to millions more children around the world by improving the quality and access to education for those less fortunate. One of the things I have learned travelling the world is that intelligence is evenly distributed but opportunity is not.”

The report has sparked outrage with viewers, with many taking to the channel’s social media to condemn the allegations.

“I studied in a Gems school, and you can’t be more misinformed …. Also Dubai follows sharia law cause it’s a Muslim monarch and sharia law isn’t terror related. How are rules that people abide by for the betterment of those following a religion peacefully any form of threat?” wrote one Facebook commenter.

“I’ve studied in a GEMS school in Dubai for 14 years and I can vouch for the fact, that I was NEVER TAUGHT sharia law. There is a subject called Islamic studies which only applies to students of the Islamic faith. The above information pertaining to sharia law being taught in these schools is absolute rubbish,” said another.

“This is a lie. I went to a GEMS school in Dubai as a South African expatriate. This is just a total and utter lie from Fox. It was the best school – diverse, accepting, tolerant of all ethnicities and religions and extremely educational. This story is mind-blowing in its inaccuracy about GEMS Education,” commented a third.

GEMS has 33 institutions in Dubai, which are widely considered to be among the best private schools in the city.

According to the company’s website, many of its students go on to enjoy further academic success and GEMS has “some of the best university acceptance rates of any international school”.

“Our students have been accepted into 980 universities in 48 countries. We’re proud to say that includes 66 of world’s top 100 universities.”

The company’s schools and their syllabuses are accredited by a host of international governing and examination bodies, including AQA, NCA and Cisco. According to test results, GEMS students tend to do better than those studying the same curriculum at other schools around the world. 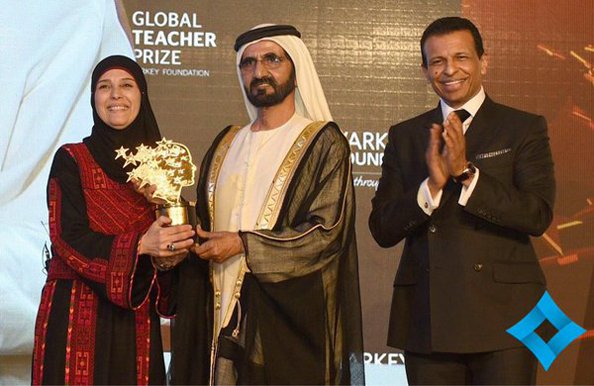 GEMS is also behind the Global Teacher Prize, which went to Palestinian educator Hanan Al Hroub who works at Samiha Khalil High School in Al Bireh. She won Dhs3.67 million and has vowed to use her prize money to create scholarships for students who show promise and want to one day be a teacher.

A GEMS representative was not immediately available for comment.

Here’s the claim from the Fox Network: