It was perhaps the oddest texture we had ever eaten – a film so thin, just the lightest push of our tongue caused it to burst, releasing a slightly sour liquid. Intriguing and unexpected, it was an olive unlike any olive we’ve ever known, or seen, before.

It was also an excellent introduction to LaLuz’s Mediterranean-with-a-twist menu. For a place that literally translates as The Light, this newly minted restaurant is atmospherically dark – think swanky coffee-coloured woods, bronze-toned ceilings and original, brooding Fabien Perez paintings adorning the walls. But are the modern Catalonian-inspired offerings set to become a beacon in Dubai’s fine dining scene?

The odds were in LaLuz’s favour before we even arrived, with chef Alain Devahive, formerly of three Michelin-starred elBulli, helming the kitchen. Alain wasn’t there on the night – he was briefly back in Barcelona – but the creatively conceived and exquisitely presented dishes make sure his voice is heard, even in his absence.

The menu features an extensive selection of smaller plates, so you could order tapas-style should you wish, but there are heftier portions up for grabs too.

We began with the aforementioned spherical olives (Dhs7), each single fruit jam-packed with an olive reduction, quivering gelatinously in its own wooden spoon. The flavour borders on the right side of intense; they’re a must-order for the fun factor alone.

These were chased with gossamer-thin slices of imported, dry-aged Galician beef (Dhs110), which we piled upon crispy slabs of bread while being transported back to lazy late lunches on Spain’s northwest coast.

Next followed one of the night’s star dishes – creamy chicken croquettes (Dhs12) each with an indescribably silky purée inside perfectly toasted breadcrumb jackets. A little kiss of pesto on top made the perfect pairing, and we were left wishing they were served in plates of 20. The tomato tartar (Dhs65) was a sweet, slightly vinegary, aromatic surprise that worked beautifully with buttery shoelace-thin breadsticks. The traditional Spanish omelette (Dhs60) was, at first bite, gorgeously wobbly and paired perfectly with a dab of the fiery chilli sauce. Marrying the two left us exchanging “mmms” for a solid 15 seconds. 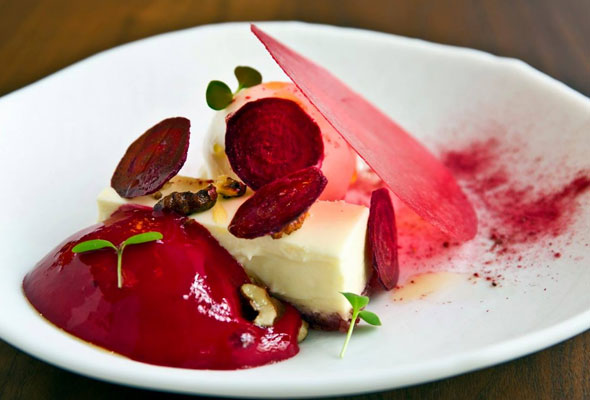 For dessert, the unique goat cheese cake (Dhs45) had a distinctive cheesy tang that divided opinion. Personal preference aside – care had been generously afforded to both taste and presentation, ensuring not one plate could be described as forgettable. Indeed, if you want a meal you’ll still be thinking about the next morning, after a food-induced siesta, of course, certainly try LaLuz.