Popular Dubai hair salon hit by fire, will come back

One of Dubai’s most long-standing salons has been shut down by fire, but “a setback is a setup for a comeback” say the founders…

Last Sunday afternoon a fire erupted on the top floor of Jumeirah Beach Park Plaza in Jumeirah 2, right next to the Dubai Canal construction. Thankfully it seems that no one was hurt, but Salon Ink, one of Dubai’s top hair salons, was badly damaged by the fire and forced to shut down.

The other two businesses that were affected and forced to temporarily close include Thai Elite Spa and Kure Beauty.

Salon Ink will have to be completely refitted, after everything from the hair dyes to the computer systems were irreparably damaged.

While exact details of how the fire began are still scant, it was no fault of the salon and appears to have been caused by something out of their control.

Salon Ink has been operating in Dubai for over nine years, and has been in Jumeirah Beach Park Plaza for four years. 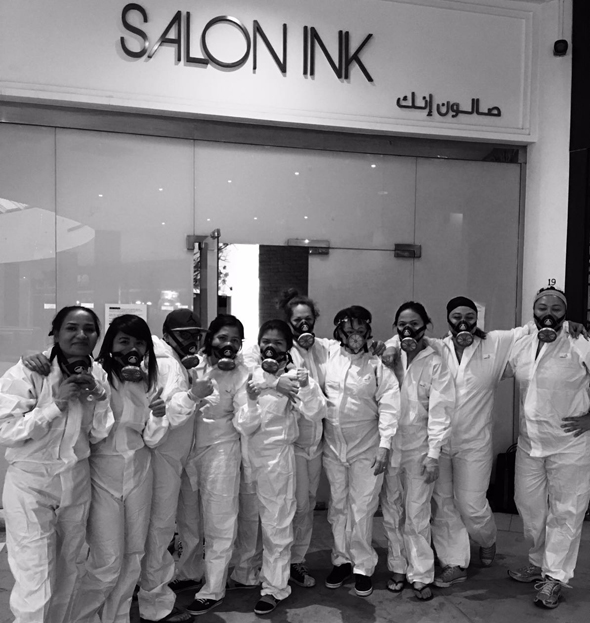 The team check out the damage

Currently the team is on the phone all day chatting to clients to tell them the news and try and come up with solutions, and they’re trying to find a temporary site so that business can carry on in the short term.

“We’re tirelessly looking for a location to relocate to temporarily until the salon gets rebuilt, but that’s obviously challenging. That’s our main focus right now,” salon co-founder Kelly Cyndrowski told What’s On.

Asked whether the salon will relocate, she said “we’re hoping to stay in the same spot,” but that she thinks it will take around eight weeks to refit the space.

“There will obviously be a change to the look of the salon,” she explained when asked how it will be refurbished. 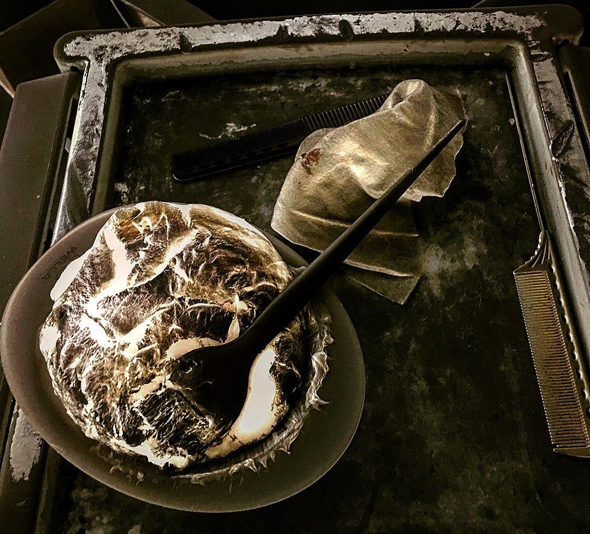 A picture showing a detail of the damage in the salon.

The construction for Dubai Canal blocking off the centre’s access has affected business for many of the small companies that have operations in the plaza, but Salon Ink are still happy to be there.

“We love the area, it’s going to be great when the road opens,” Kelly explained of the Jumeirah 2 location and the fact she hopes to “stay in the mall” (which is directly opposite the currently-closed Jumeirah Beach Park).

“A setback is a setup for a comeback,” Kelly said, quoting American author T.D. Jakes, when asked what the future has in store for Salon Ink.

“We’re hoping to be coming back bigger and better.” 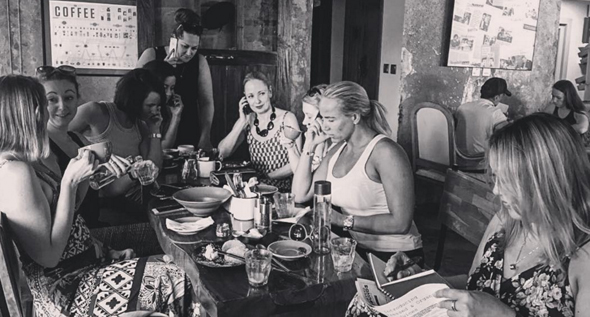 The team on the phones at Stomping Grounds cafe today

Salon Ink has said they will update their website, Facebook and Instagram with any news. “When we have a definite concrete solution, we’ll tell people there,” she explained. (Call 04 385 4402 to speak to someone from the team.)

Beauty
News
Well-being
EDITOR’S PICKS
Ramadan in Dubai: 48 iftars to try
READ MORE
Where can Dubai residents travel? Check out these 14 destinations
READ MORE
Rumours, facts and reveals: New Abu Dhabi bars and restaurants
READ MORE
UAE announces reduced working hours for Ramadan 2021
READ MORE
MOST POPULAR
Review: Rainforest camping at The Green Planet Dubai
The rules for children wearing face masks have been updated in UAE
Etihad sale: Surprise gift boxes and a chance to win 50 times your airfare
Break your fast in style at W Dubai - The Palm this Ramadan
Yoga and art combine in Dubai's newest immersive fitness class
YOU SHOULD CHECK OUT
Our website uses cookies and other similar technologies to improve our site and your online experience. By continuing to use our website you consent to cookies being used. Read our privacy policy here.