The UAE Paralympians have returned home, and Sheikh Mohammed bin Rashid Al Maktoum, ruler of Dubai and Vice President of the UAE, met with them at his palace yesterday to congratulate them on their achievements.

The Dubai ruler hosted the welcome home ceremony for the UAE’s Paralympic heroes at his home, Zabeel Palace. 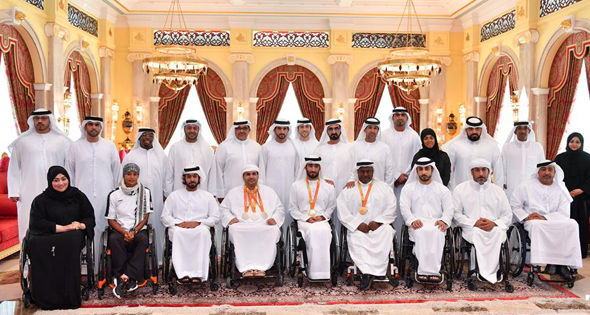 Shooter Abdullah Sultan Al Aryani (pictured top right with Sheikh Mohammed) brought in the most medals for the Emirates, with three silver medals across various contests.

Meanwhile, Mohammed Khamis Khalaf scored the second-ever gold medal at the Paralympics. The 46-year-old took out the top podium on in the men’s under-88kg powerlifting category.

“Willpower conquers the impossible and no success is without resolve and determination,” Sheikh Mohammed told the athletes according to news agency WAM. 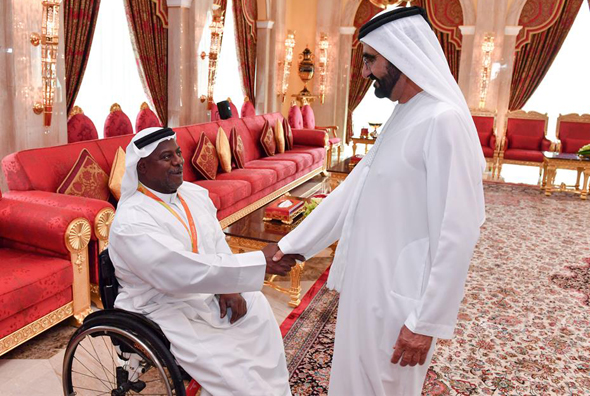 Sheikh Mohammed also compared the athletes’ willpower to that of the UAE: “The UAE leadership, government and people believe in the culture of willpower, determination and in making the impossible possible.”

He added that they all shared “the determination to succeed in every field”.