The UAE has been vocal about their position in the world this week, here’s what they’ve been saying at the UN summit in New York…

The last week has seen a lot of debate about the state of the world at the United Nations General Assembly, and the UAE has been very visible at the New York event.

From women’s rights to the conflict in the region, it’s been a rare chance to see how firmly the UAE stands on some of the key issues around the globe today.

During the event, the UAE announced that it would welcome 15,000 refugees from Syria over the next five years and Reem bint Ibrahim Al Hashemi, Minister of State for International Cooperation, announced that the UAE will buy 7,000 metric tons of food for the World Food Programme, which is a total contribution of Dhs22 million (or USD6 million).

It was also announced that the UAE will provide Dhs37 million of aid to Yemen via the International Committee of the Red Cross. The money will go towards health, water and sanitation programmes in the country.

Here are some of the key quotes from the events…

ON THE UAE’S CORE BELIEFS 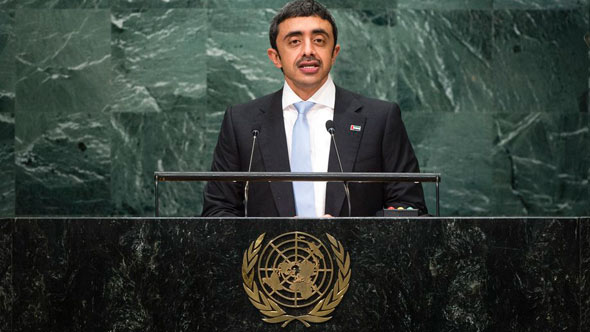 The UAE’s Minister of Foreign Affairs, H.H. Sheikh Abdullah bin Zayed Al Nahyan, spoke at the General Debate of the UNGA, during which he talked about the UAE’s values:

“The UAE affirms its deep belief in the values of justice, international law, human rights, the pillars of good governance as well as the importance of providing an enhanced environment of happiness to its citizens and residents. This belief is paired with practical policies which are built on the conviction that true development does not only involve economic development, but also puts investment in people at the forefront based on the principles of tolerance, acceptance of the other, and equality among all, without discrimination between men and women.”

ON WOMEN’S RIGHTS IN THE REGION

A new entity called the Focal Points Network on Women, Peace and Security was recently created to promote the role of women in peace and security processes. The UAE is one of the five countries working on the project, and here’s what Reem bint Ibrahim Al Hashemi, Minister of State for International Cooperation, had to say about it:

“In the Emirates, our leadership has long recognised that when women are empowered, all of society benefits. This is why a core component of the UAE’s development model is to support the participation of women in senior leadership and decision-making positions. This is because we know all too well that when women serve as leaders in their communities, those very societies become more prosperous, more secure.”

And the UAE’s Minister of Foreign Affairs, Sheikh Abdullah, also spoke about the importance of women during his time in New York: “The empowerment of women has become a central policy in our country because of our belief in their pioneering societal role, their active contributions to generation-building, and their success in doing so.”

Then, Dr. Sultan Ahmed Al Jaber, the UAE Minister of State, added to this, telling officials, “The UAE recognises that empowering women locally and globally, and involving them in all aspects of development is an integral part to the success of our collective goals… We are proud to host the UN Women’s first liaison office in the Arab Gulf Region.”

The UAE’s Minister of Foreign Affairs spoke at the General Debate of the UNGA, where he talked about how pivotal Egypt is for this region:

“As our region searches for stability and a guiding compass for its future, Egypt emerges as a pivotal state whose stability and domestic peace indicates that the region has begun to recover. Proceeding from this understanding, the UAE is following with great interest the positive developments taking place in Egypt as it firmly believes in the pivotal role of Egypt in ensuring stability, development and prosperity, and that a stable and calm Egypt is the cornerstone of security and peace, not only in the Arab region but for the whole world.

He went on to implore other states to not interfere in Egypt’s affairs right now: “The UAE recognises the suffering of the Arab region from the interference by others in its internal affairs and the ensuing threats to national statehood, and warns against the interference in the internal affairs of Egypt, and calls for refraining from disrupting its march towards stability and democracy.”

“My government expresses, once again, its regret regarding the continued Iranian occupation of our three islands: Abu Musa and the Greater and Lesser Tunbs,” he explained. “And demands for the restoration of the UAE’s full sovereignty over these islands. We emphasise that all actions and measures taken by the Iranian occupation authorities are null and void, and are contrary to international law and to all norms and common human values. We, therefore, call upon the international community to urge Iran to respond to the repeated peaceful, sincere calls of the United Arab Emirates for a just settlement of this issue, either through direct, serious negotiations or by referral to the International Court of Justice, to settle this dispute in accordance with the principles of the UN Charter and the provisions of international law.” 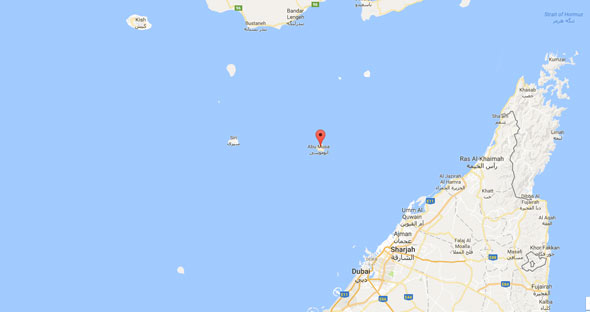 He also pointed out that, in the UAE’s opinion, “Iran, with its expansionist regional policies, flagrant violations of the principles of sovereignty, and constant interference in the internal affairs of its neighboring countries, has played the greatest role in causing tension and instability in the region.”

ON THE SOLUTIONS TO THE REGION’S CONFLICT

In his statement at the General Debate of the 71st Session of the United Nations General Assembly, in New York, Sheikh Abdullah said, “Our region, which suffers from serious crises and conflicts, urgently needs a more effective method to confront these crises and disputes based on deep rooted solutions backed by the international community.

“We are all aware of the incidents of violence and terrorism, which have taken unprecedented forms and used heinous methods, causing fear and terror not only in the Middle East but in many countries of the world, and which proved that violence and terrorism are no longer associated with a certain state or a region, but are global threats, with no borders.

“The past few years have shown that solutions based on crisis management are ineffective. Therefore, joint international efforts must focus on finding fundamental solutions for these conflicts.

“Countering terrorist groups is a right and duty of all states,” he pointed out.

Sheikh Abdullah also spoke about the ongoing Palestine crisis, solidifying the UAE’s position on it: “The Palestinian people’s plight continues under the Israeli occupation without a just solution on the horizon that returns to the Palestinian people the rights, that were stripped of them, to establish their state on June 1967 borders, with East Jerusalem as its capital.

“The plight and suffering of the Palestinian people is nearing its seventh decade and has contributed to the increased waves of violence and counter violence due to the subpar management of crises without seeking serious solutions by major actors and prominent powers, including those responsible for this tragedy.”

“The UAE sees no possibility of resolving the Syrian crisis through military force,” Sheikh Abdullah said of the region’s most devastating current crisis.

“Our hearts bleed when we see the brotherly people of Syria are fleeing from death to death. We are deeply saddened that the Syrian people, who are known for their dignity and ancient civilization, are forced by the ongoing fighting in their country to fall into an unknown fate. A fate that starts with forced displacement and with no end in sight, in addition to the humiliation they experience as they are turned away from borders. The repercussions of this crisis – and the impact of violence, displacement and an uncertain future – will affect generations of Syrians.

‘The above examples affirm the view of the region that settling for managing the crises, bandaging the wounds, repeating charitable humanitarian efforts or holding recurring international conferences are no substitutes for solving these crises.”