Get fit at TrainZSC
Run up and down the stairs at the Zayed Sports City stadium to build muscle and increase your cardiovascular strength at a free “vertical training” sessions. You need to register in advance.
Zayed Sports City, Al Madina Al Riyadiya, Abu Dhabi, Thur 6pm to 9pm, free. Taxi: Zayed Sports City. trainzsc.com

Scoff chillies at Jones The Grocer
The new menu at Jones The Grocer features nine different chillies in dishes such as fire-roasted tomato and chipotle chilli soup, and buttermilk fried chicken and sriracha slaw burger.
Pearl Plaza Tower, Al Khalidiyah, Abu Dhabi, Sun to Thur 8am to 11.30pm, Fri and Sat 9am to 11.30pm. Tel: (02) 6395883. Taxi: opposite BMW Showroom. jonesthegrocer.com

Warm up round a bonfire on Sir Bani Yas 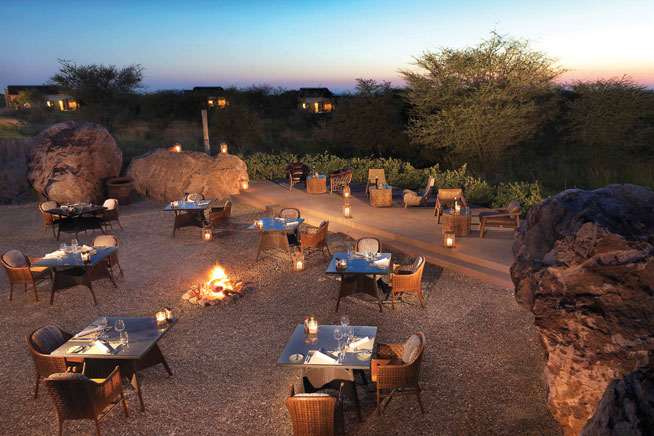 Jump to a fitter you
A recently launched exercise class at Peak Fitness will see you do a fast-paced low-impact cardio workout on a mini trampoline. Don’t worry if you’re clumsy, there’s a metal pole attached to the mat you can hold on to for extra stability. In addition to jumping, there’ll also be some weight and core exercise to help tone the entire body. The gym offers three classes including ladies-only, mixed and kids.
Fitness LLC, Al Mushrif, Abu Dhabi, Sun, Tue and Thur, 5pm, Dhs60. Tel: (02) 4433566. Taxi: inside Abu Dhabi Equestrian Club.

Anime, manga and more on Yas 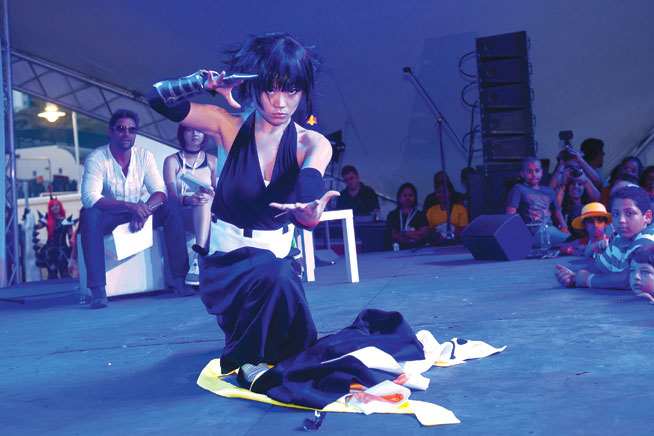 Mad for manga? Like to bop to some J-Pop? The du Forum celebrates Japanese culture at a new festival this weekend. ANI:ME is a three-day event from the organisers of Middle East Film And Comic Con and Games Middle East and will feature Japanese anime (comics and animation), manga films, Japanese cinema, computer games, fashion and also food from the Land Of The Rising Sun. Cosplay characters will also be in attendance (and visitors are encouraged to dress up also).
du Forum, Yas Island, Abu Dhabi, Thur 2pm, Fri and Sat 11am until late, Dhs95 to Dhs555. Tel: (800) 86342. Taxi: du Forum. tickets.virginmegastore.me

The NeoRun returns to the capital 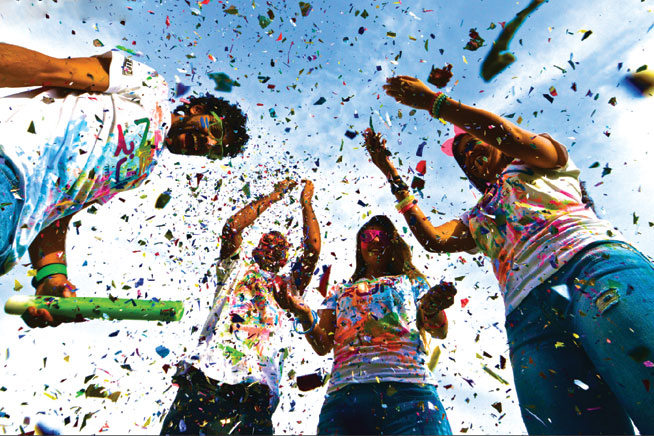 If you’re partial to a zombie movie or things that go bump in the night, you might want to get out your costumes and face paint for Abu Dhabi’s second NeoRun. Hosted at Zayed Sports City, it’s a fun run that sees runners get splattered with glowing paint as they make their way through a Halloween-themed spooky track (it’s split into zones: one is a haunted house, another is called Demon Dolls). Participants can again, for the second year running, celebrate crossing the finish line at the psychedelic Enigma Party, complete with DJs.
Zayed Sports City, Al Madina Al Riyadiya, Abu Dhabi, 7pm, Dhs165 to Dhs185. Tel: (02) 4034200. Taxi: Zayed Sports City. neorun.com 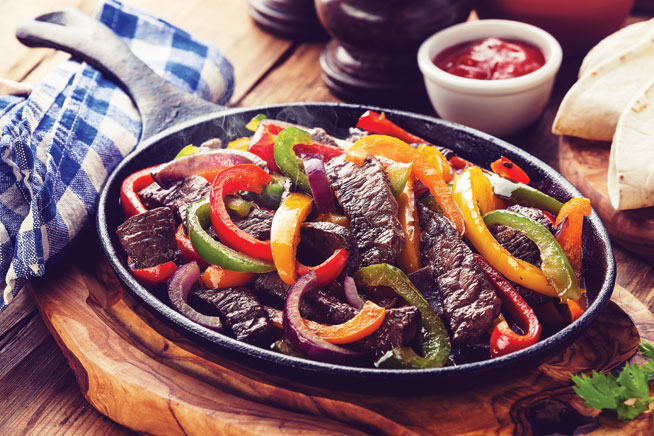 Go on a spooky Yellow Boats tour for Halloween
Yellow Boats have launched new 60-minute night tours in Abu Dhabi just in time for Halloween. Until October 31, guests will be able to check out the city by moonlight from a route that will travel around Heritage Village, along the Corniche to Mina Port. Afterwards, you’ll double back to get a good look of Lulu Island before heading back to the Emirates Palace Marina to dock.
Emirates Palace Marina, Al Ras Al Akhdar, Abu Dhabi, 5.45pm departure, Dhs200, Dhs150 children. Tel: (04) 4328543. Taxi: Emirates Palace. theyellowboats.com