These four changes will make commuting in Dubai less stressful

The RTA is rolling out a group of new initiatives to make life easier and safer for commuters, motorists and pedestrians.

Remember Udrive? The company that was set to rent us cars by the minute?

Well the RTA (Roads and Transport Authority) is now stepping into that space, announcing at Gitex today that they will start rolling out hourly rental cars in Dubai. Here’s what they will look like: 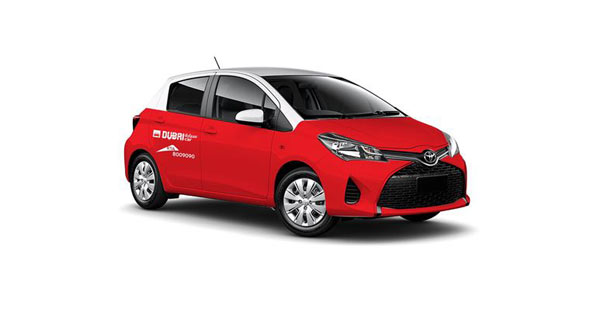 The Yaris, what a classic…

“The smart rental system supports the RTA’s efforts in raising the ridership of mass transit means, and boosting the integration of transportation systems. It facilitates the mobility of public transport commuters, especially Metro riders, in reaching their final destinations,” explained Mattar Al Tayer, Director-General and Chairman of the Board of Executive Directors of the RTA.

The RTA cars will be focused on boosting metro and mass-transit usage (and clearing up our roads): they could come in handy during the summer when the metro station is just a little bit too far to walk to (although then the rental would have to be by the minute rather than the hour to be affordable). We’ll keep you updated when we know the finer details on this one.

2. EASIER TO FIND A CAR PARK

The RTA is also working on something called the Smart Parking Project, which will allow motorists to use an app to find a vacant parking lot in an area. It will give them the number of vacant car parks in a specific area, and will tell them the distance between their car and the nearest parking spot.

This will not only save the hassle of driving around and looking for a car park, it will also ease up congestion on roads (as the shorter time you spend on the road the less traffic you’re causing).

The smart parking system will be rolled out in Al Rigga and on Sheikh Zayed Road first. We’ll let you know when the launch date and more details are announced.

Connect to the Internet using our Smart lighting service, it emits free wifi for all pedestrians.Visit our stand: (S3 -B11) at #Gitex2016 pic.twitter.com/4AN0UxnXi7

Another exciting development from the RTA is the fact that their new remote-controlled, eco-friendly street lights will have built-in wifi, meaning as you walk along the street near any of them you’ll be able to tap into free internet

The only place the free wifi streetlights have been installed so far is on the new Dubai Canal bridge near Sheikh Zayed Road (and while not many pedestrians walk on the roads in this area yet, we imagine that will change when the canal is finished).

Read more about how super-speedy Li-Fi internet is coming to the city soon here. 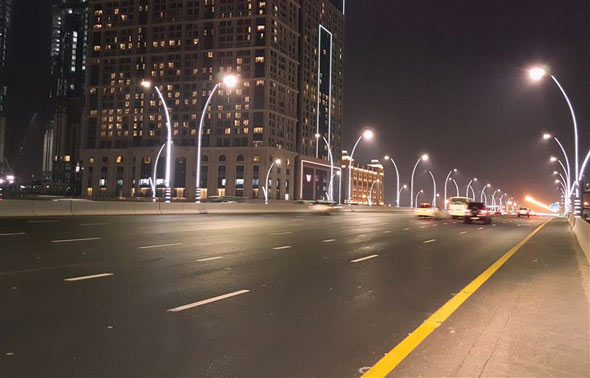 Another very high-tech system that the RTA is rolling out is Raqeeb, a smart device fitted in the front of the bus that will detect any signs of fatigue, exhaustion or illness in a driver. In that case, it will alert the RTA Control Panel who will get the driver to pull over until the problem can be dealt with. The system aims to help avoid accidents on the road.

As always, we’ll let you know when more information is available on any of these initiatives.

News
Transport
EDITOR’S PICKS
When is the UAE's next public holiday?
READ MORE
Zanzibar-inspired restaurant Mikoko Hut opens at UAQ mangrove beach
READ MORE
Christmas Day in Dubai: Festive brunches, lunches, roasts and more to book
READ MORE
This magical winter garden is back at Habtoor Palace Dubai
READ MORE
MOST POPULAR
Exclusive reveal: Gorgeous new Bar Buci opens at Jumeirah Al Qasr
Iconic restaurant Beach Bar & Grill reveals a new look
A huge new dining and entertainment venue to open on Bluewaters Island
Eat around Atlantis, The Palm at this annual festive mega feast
NYE 2021: Where to spend New Year's Eve in Dubai
YOU SHOULD CHECK OUT
Our website uses cookies and other similar technologies to improve our site and your online experience. By continuing to use our website you consent to cookies being used. Read our privacy policy here.