After a horrific fall earlier this year put him in hospital for three months, we’re delighted to see Paul van Dyk heading to Dubai.

He has sold over three million records, toured so much he’s effectively travelled to the moon and back (probably) and has clocked up more than 110 releases in all, and still the world clamours to see Paul van Dyk perform. So expect a busy one when he plays here in Dubai this weekend at One Big Friday, along with the likes of 99 Souls and DubVision. But earlier this year it all came to a terrifying and worrying halt.

Back in February, when performing at A State Of Trance 750 Festival in Utrecht, the Netherlands, he left the decks, clambered up on to the DJ booth, then suddenly dropped down and out of sight. He fell a considerable height and sustained serious injuries.

“I remember everything up to the fall,” the always affable Paul explains. “There was no way for me to know that the stage was not built as a solid structure. The hole I fell through was covered with black fabric and there were no markings advising to not step on the surface.”

The show was stopped and Paul was airlifted to hospital where he remained in a coma under intense observation. Eventually news came out a few days later that the German had sustained concussion and cracked vertebrae and had to remain in hospital while his condition improved. Ensuing shows were cancelled and a statement in May on Paul’s Facebook page said he was still recovering but hopeful to play some shows in June.

He did (including big ones like Electric Daisy Carnival in Las Vegas, Cream at Amnesia in Ibiza and Luminosity Festival in the Netherlands), which is all the more remarkable when you learn that the initial prognosis that was given to his mother and fiancée the day after the accident was that they should be “really happy” if his vital organs kept functioning.

“My first memory [after waking up from the coma] was a stream of warmth through my body when my fiancée arrived in Utrecht at the hospital and held my hand. The first more complex memory is from about six days later when I was moved from the emergency room to an intensive care room.”

Reporting that he still has pain to this day despite on the surface being healed, Paul explains he had multiple injuries, including to the brain, and that it will take many years to arrive at a point that he has either got used to the long-term injuries or that they have healed. 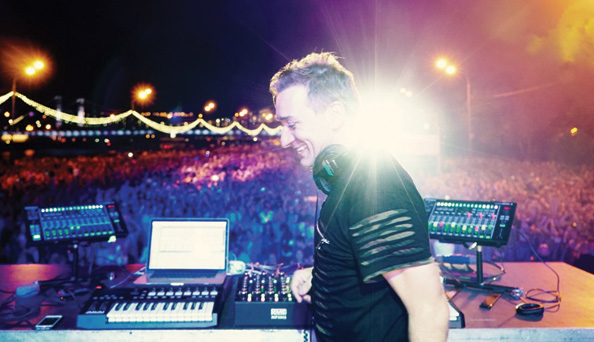 “All together, I was in hospital for three months with a daily therapy plan,” he says. “I am still having constant check-ups. These injuries are not something that make you feel uncomfortable, it’s much worse, and at this point it’s not clear what the long-lasting effects will be. So, while I was fighting for my life I was not missing music. I was fighting for my life.”

Saying that it is “basically a miracle” he is still here, Paul admits his perspective has changed since the accident. Of course he still loves music, but recognises it is important to know who and what is real outside of that, and often talks about his fiancée being a most wonderful person to have by his side. He is also relishing this second chance and feels that many of the things that have happened to him since the accident are beyond simple coincidence. “After the accident it was very uncertain if I would ever be able to play again. The doctors’ outlook is that, if I am able to do 50% of what I did before, it is to be considered a huge success.”

It clearly takes a lot to keep PvD down. As well as get back on the road, he’s put out two new releases in the form of We Are with Alex M.O.R.P.H. – a big track with thumping kicks, layered up synths and attention grabbing chord changes – and Berlinition, with Chris Bekker and Chris Montana, which is a more groovy and funky track that bubbles up and down on a stiff set of synth stabs. As well as that he reports that he will play some new music in Dubai, with his next album scheduled for 2017.

“My focus has somewhat changed,” muses Paul about life after his accident. “Being alive is the greatest gift I was given, and being able to make music is amazing too. But it is not about success or fame, it is about making music as a fun process, and if that is with friends or as a collaboration then even better.”

One thing that hasn’t changed is his devotion to trance. Even though the genre underwent a bit of an attack from EDM in recent years, it has survived and arguably come out the other side even stronger. Now people are making and playing big trance tunes once more, and are proud to do so after even big names like Tiësto previously declared they were going more in a house direction.

“To me, trance music is the most real and direct form of electronic music,” beams Paul, who has been king of this style since he first emerged in 1990. “It is the freshest genre of all and still I have a very clear idea what I want to play [at each gig], but it is also down to the interaction with the audience where the show will take us.” 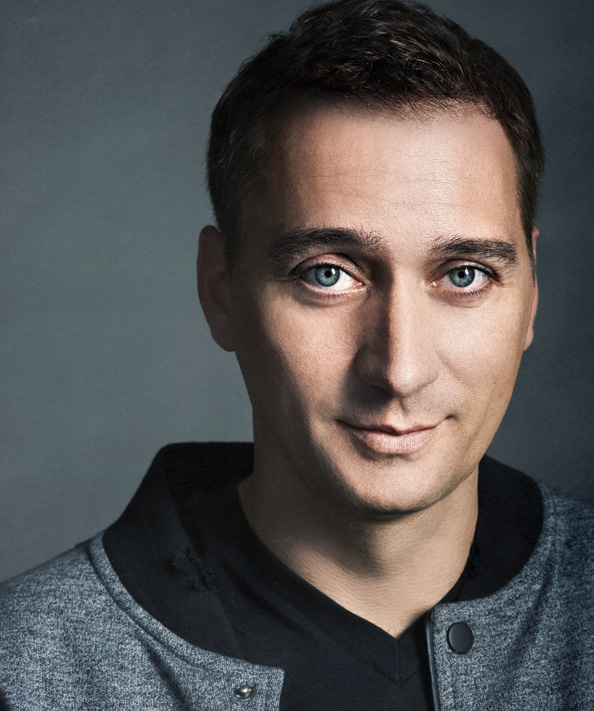 Given that he spends a lot of time pursuing charitable endeavours, Paul is well aware of the struggles, both social and political, of the world. “I believe that when an artist has reached a certain public status, it should be used to make people aware of issues in interviews or the like, and to try and change things for the better.”

He has been doing so himself since around 2001, and his famous The Politics of Dancing compilation series (now up to a third edition) was inspired by the fact that dance music is universally acclaimed and brings people of all backgrounds together. It is also a personal subject given that he himself grew up in turbulent times in Germany and fled over the Berlin Wall to the West when he was a child, only to years later perform his anthem We Are One at the German Reunification ceremony. Always a vocal opposer of the Iraq War and the war in Afghanistan, he is staunchly anti-war and has made this well known while performing by sporting a shirt stating ‘Make peace, not war’.

Now aged 44 and with a fine body of work to his name, Paul has no intentions of slowing down, which is understandable because how can you replace the thrill of playing to, on some occasions, up to 1.5 million people at once, and the worldly experiences of circling the globe up to 16 times a year? “I hope I will be making music until the very end,” he says, “but I also will be engaged in processes and projects that try to make the world a better place.”

This is not just Miss World-style rhetoric, either, as van Dyk has put his money where his mouth is many times before. He has helped fight poverty by supporting social programmes to help disadvantaged people in India, New York and Berlin, and has always tried to encourage young people to get involved and vote in elections. He is a real ambassador for dance music and its power to influence young people, then, and that is never truer than when it comes to his charity Rückenwind, which has led to regular dialogue with Germany’s politicians and policymakers on diverse issues. An exceptional man in many ways, there are plenty of reasons to be thankful that Paul has managed to fight back to fitness after that fateful February night.

Nightlife
Things to do
EDITOR’S PICKS
What’s On Nightlife Awards 2021: Here are the winners...
READ MORE
Where to see fireworks in Dubai
READ MORE
This new ladies' night offers a free open bar every Tuesday
READ MORE
Coming soon: The hottest new bars, restaurants and beach clubs
READ MORE
MOST POPULAR
In Pics: What’s On Nightlife Awards 2021 - Highly Commended
In Pics: What’s On Nightlife Awards 2021 - Winners
10 unmissable things to do in Dubai this weekend: Oct 28 to 30
Save the date: Upcoming plays, musicals and performances in Dubai
All the Halloween fun at Jubail Mangrove Park this weekend
YOU SHOULD CHECK OUT
Our website uses cookies and other similar technologies to improve our site and your online experience. By continuing to use our website you consent to cookies being used. Read our privacy policy here.