The After Race Concerts at the F1

There’s something for everyone at the 2016 Formula 1 Etihad Airways Abu Dhabi Grand Prix, here are the gigs lined up in the capital this weekend: 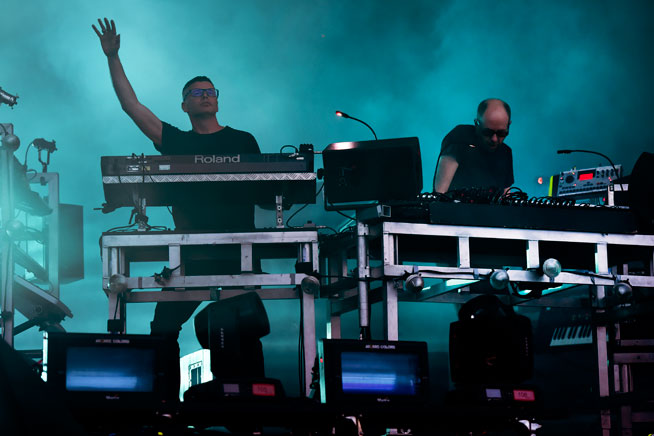 Making their UAE debut at the first of the Yasalam After Race Concerts, dance music veterans Tom Rowlands and Ed Simons are famous for being the pioneers of the British big beat sound of the mid-1990s, but they remain just as relevant today. They played the Glastonbury Festival last year and released their eighth studio album at the back of 2015.

Along the way they they’ve topped the UK singles chart twice, seen six of their albums go to No1 in the UK charts, and walked away with one Brit Award (for best Dance Act in 2000), four Grammies and four MTV awards. Not bad for two lads who met at Manchester University way back in 1989.

In 1995, they released their debut album Exit Planet Dust, a record that sounds box fresh even today (the Chemicals are in fact re-releasing their entire back catalogue on vinyl in December of this year). And while they’ve taken time off in recent years to pursue personal projects, they’re both performing in the nation’s capital, and Simons is quick to point out that their 20-plus years career has lasted longer than many marriages.

“When two people are excited over something it really drives the momentum forward. Both of us at the studio feeling something at the same time and thinking, this is why we’re doing this,” he says. “It’s that shared love of music and friendship, which is the secret to why we’re still doing stuff together. We’re good friends, we make each other laugh and we have fun.” 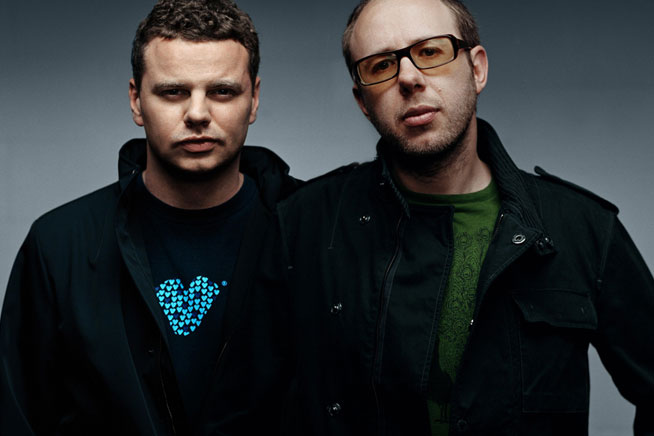 As the years have passed, the Chemicals have also proven they’ve not a one-trick pony. They’re scored the soundtracks to several movies, including Hanna, a 2011 thriller starring Cate Blanchet, and Michael Fassbender’s latest, British crime drama Tresspass Against Us.

But the public’s desire to dance to those electronic hits such as Block Rockin’ Beats means their Abu Dhabi gig isn’t a one-off – they’ve got a UK tour lined up to finish off 2016, and they’re just as passionate about dance music now as they were in the ’90s. “We’re still inspired by the electronic music being made but I can’t say, ‘This is what’s taking over the world.’ We’re just taking interesting things that we’re hearing everywhere and feeding them into tracks,” adds Rowlands. “This summer there were a lot of good records out, like the new The Avalanches record, the Factory Floor album or the new Bon Iver album.” 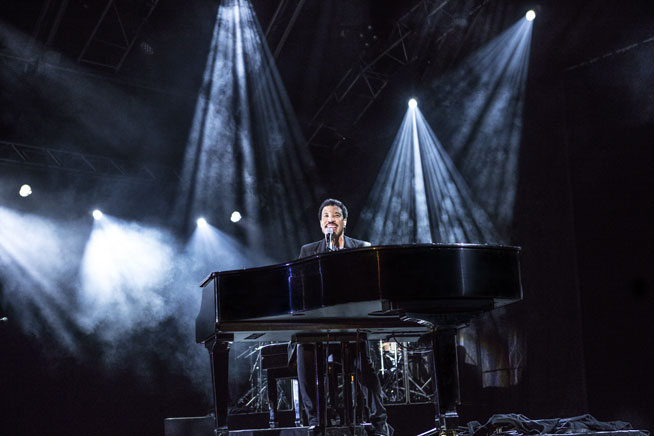 Hello? Is it a true global superstar you’re looking for? Because they don’t come much bigger than Lionel Richie. He’s been selling music to the masses since 1968, when he was in the American group The Commodores, and followed that up with a solo career since the early 1980s. Overall, Lionel’s shifted 100 million albums worldwide. That’s the kind of pedigree you expect at the F1 After Race concerts, and this will be his second appearance in the UAE since 2014, when he performed in at the Media City Amphitheatre in Dubai. Here’s a weird fact about the singer: he’s recently moved into the home accessories market. His collection is called Lionel Richie Home.

You can read our interview with Lionel Richie here

Did you know? Lionel Richie attended the Tuskegee Institute on a tennis scholarship but was talked
out of trying to go pro by former World No 1 Arthur Ashe, who told him he was too old. 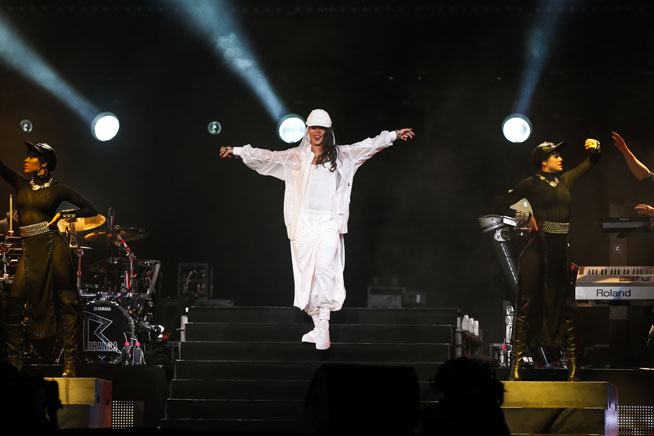 She’s the most famous pop singer on the planet, and the top selling digital artist of all time, but it was still a bit of a surprise when Riri was chosen for this year’s final Yasalam gig at the du Arena. First of all, the Sunday night has usually been saved for the rock or alternative acts (think Blur in 2015 and The Who in 2014), secondly, this will be the third time that the Barbadian star has performed in the capital, after her gigs in 2009 and 2013.

But with 59 million albums sold, she’s certainly not short on fans and you can expect plenty from her latest studio album Anti, alongside classics such as Rude Boy. But don’t expect a guest appearance by recent collaborator Drake – the pair’s recent unconfirmed romance is rumoured to have ended.

During her last visit, the singer was reported to have got a ticking off for an impromptu photshoot at Abu Dhabi’s Sheikh Zayed Grand Mosque, but don’t expect that minor hiccup to stop her gig being a sellout come November 27.

Did you know? The number eight seems to be particularly lucky for Rihanna. She’s won eight Grammy Awards, while Anti, her latest album, is her eighth release. Finally, Riri has joined the all-female line-up in the new heist film Ocean’s Eight, alongside Sandra Bullock and Anne Hathaway.

News
Nightlife
Things to do
EDITOR’S PICKS
So, when is the next UAE public holiday in 2021?
READ MORE
All of the lavish new hotels set to open in Dubai in 2021
READ MORE
16 of the best pool passes in Dubai that are fully redeemable
READ MORE
All of the restaurants at West Beach, Palm Jumeirah
READ MORE
MOST POPULAR
Abu Dhabi to relax certain rules in nurseries
Review: No. FiftySeven Boutique Café inside Mall of the Emirates
Al Ain Raceway temporarily closed after freak storm on Saturday
UAE 50: Here's your chance to have your photographs published in a coffee-table book
Get Dhs2 ladies' nights, brunches and cinema tickets
YOU SHOULD CHECK OUT
Our website uses cookies and other similar technologies to improve our site and your online experience. By continuing to use our website you consent to cookies being used. Read our privacy policy here.