Inside the Polynesian-themed Lapita Hotel at Dubai Parks & Resorts

In the middle of the Dubai desert right next to Bollywood and Hollywood theme parks, you will now find a tropical and Polynesian-themed resort…

There’s a Cantonese restaurant inside. The hotel is Polynesian themed. It’s right next door to a French village-style shopping and restaurant complex, as well as an Indian-cinema-inspired theme park. And yes, it’s smack bang in the middle of the sand in the United Arab Emirates.

How much does it cost to stay in the 504-room hotel? Well, we just tried to book on the hotel’s website for Tuesday January 31 (just as an example) and the rate came in at Dhs1,370 for a King room with a balcony (although we imagine one of the three private villas would be a touch more costly).

The hotel is themed around Polynesian design and features lagoon-style pools, plenty of kids activities and wooden South Pacific-style interiors. 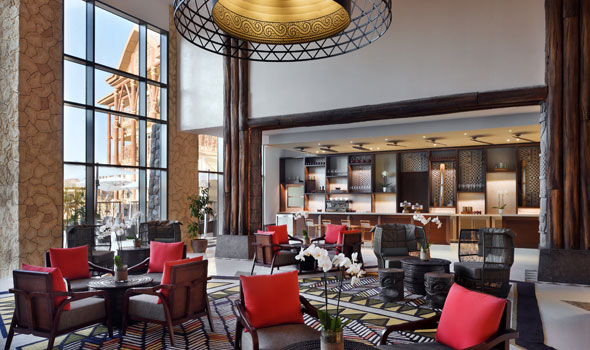 It’s basically aiming to make you feel like you’re on a tropical island.

The fanciest-sounding restaurant, however, is Hikina, which serves contemporary Cantonese: 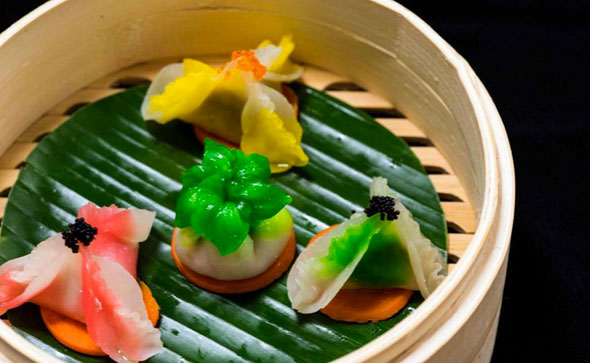 Here’s a glimpse at the hotel room’s bathrooms: 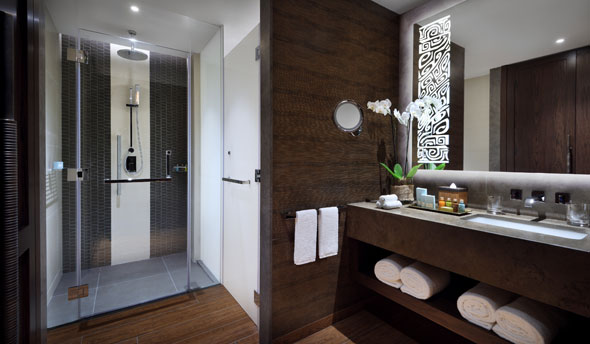 This is one of the Deluxe King rooms: 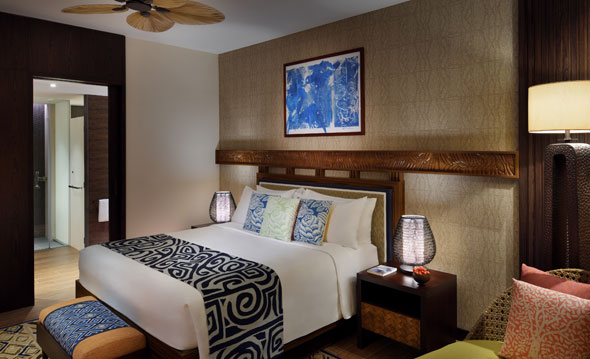 Here’s a cool design detail from the lobby:

And here are a few more angles of the rooms: 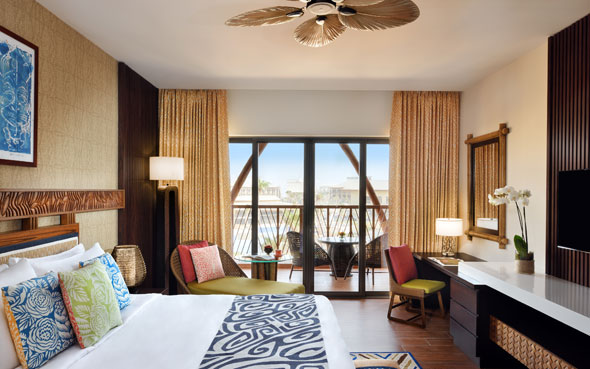 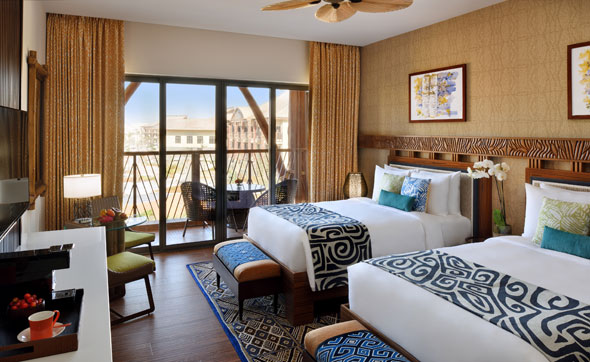 We’ll let you know when we can show off more angles of the hotel and give you a closer glimpse of the spa and restaurants.

Staycations
Travel
EDITOR’S PICKS
So, when is the next UAE public holiday in 2021?
READ MORE
All of the lavish new hotels set to open in Dubai in 2021
READ MORE
16 of the best pool passes in Dubai that are fully redeemable
READ MORE
All of the restaurants at West Beach, Palm Jumeirah
READ MORE
MOST POPULAR
Abu Dhabi to relax certain rules in nurseries
Review: No. FiftySeven Boutique Café inside Mall of the Emirates
Al Ain Raceway temporarily closed after freak storm on Saturday
UAE 50: Here's your chance to have your photographs published in a coffee-table book
Get Dhs2 ladies' nights, brunches and cinema tickets
YOU SHOULD CHECK OUT
Our website uses cookies and other similar technologies to improve our site and your online experience. By continuing to use our website you consent to cookies being used. Read our privacy policy here.