Preview: cycling’s biggest names are riding in the capital this weekend

What’s On has all the info on the Abu Dhabi Tour, including the riders to look out for and details on all four stages

This weekend’s Abu Dhabi Tour is only the third time the race has taken place, but it’s also its biggest edition – for the first time, it has been awarded WorldTour status by cycling’s governing body the UCI. That means it’s on the same calendar as the sport’s main events the Tour de France and the Giro d’Italia. It last took place in October 2016.

In fact, so important to professional teams is the race in Abu Dhabi that 16 of the 18 WorldTour teams are in the capital this weekend, including Trek-Segafredo, Team Sky, BMC, Quick-Step Floors and the UAE’s own team, UAE Team Emirates.

“It was a great idea to move the race to February. We’re going to get the best riders in their best condition all preparing for the European Classic season,” says Cavendish. “We really have the best sprinters in the world here, the best group of sprinters you will see all year outside the Tour de France.”

You can get involved by heading down to the Fan Zone at Nation Galleria just off the Corniche. Inside you’ll find a kids’ play area, workshops on the history of cycling, daily raffle prizes and a huge screen showing the pros in action as they make their way around the emirate.

So where will they be cycling? Here’s your guide to the four stages. 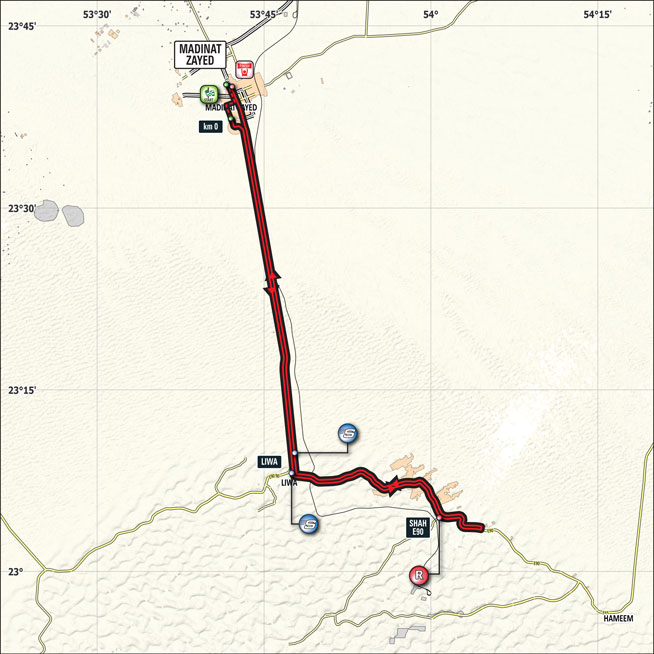 Stage 1 in Abu Dhabi’s Western Region is 41km longer than last October’s (the stage for the 2016 edition was shortened after the riders suffered in the heat in the 2015 race). Once again it leaves from Madinat Zayed and heads down the E45 towards Liwa, but this year it hangs a left down the E90 and heads to Qasr Al Sarab. It’s a flat stage with a few undulating dunes to overcome and a little part of the route will be familiar to any local, amateur cyclists who took part in January’s Liwa Cycling Challenge – the pros will ride the same roads for a few kilometres. Italian Giacomo Nizzolo, riding for Trek-Segafredo, won this sprinters’ stage last time out. 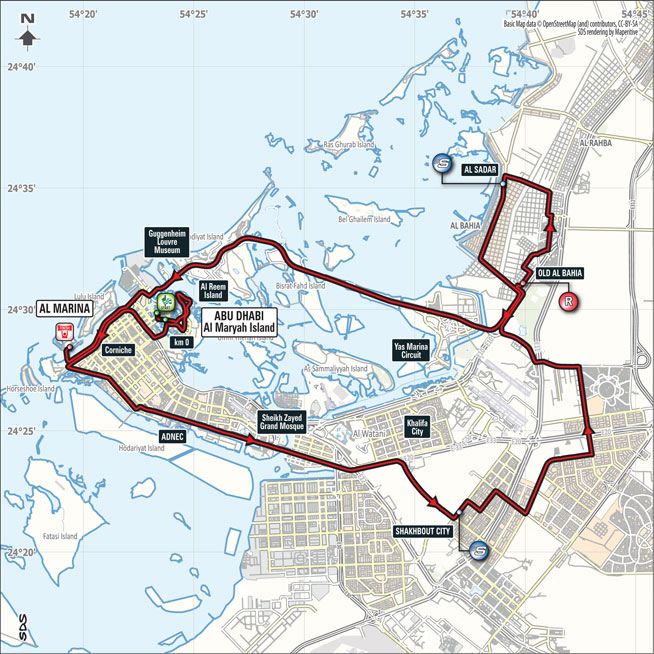 It’s 40km longer this year and this time it starts on Al Maryah Island and heads down the Corniche, past the Grand Mosque and then to Khalifa City. There’s a new section at Al Shahama and Al Bahia that’ll be familiar to anyone who rides with local Abu Dhabi club Raha Cycling, before heading down Yas Island and back through Saadiyat to the Corniche. Mark Cavendish romped to victory at this flat, sprint stage last year. 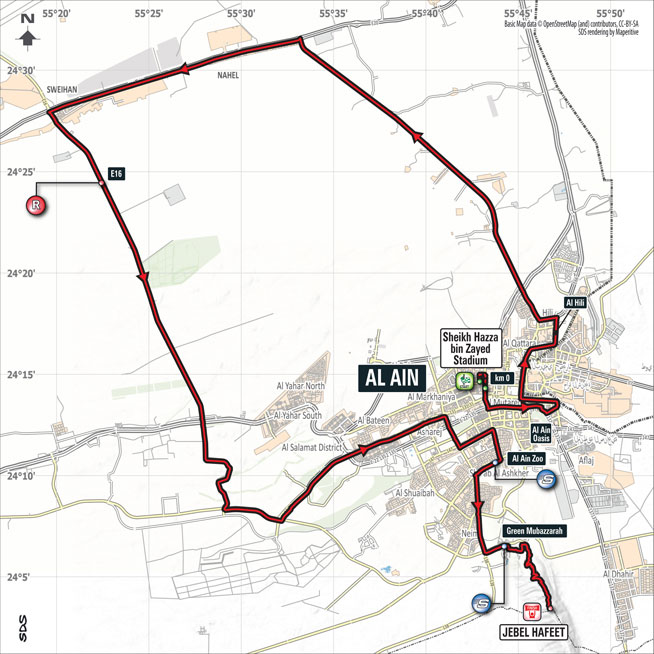 A new route for Stage 3, but with the same finish up Jebel Hafeet. The stage is longer this year, this time by 36km, meaning that the 10.8km climb to the finish (with gradients reaching 11 per cent in places) will be even more of a struggle for tired legs. The route starts at Hazza Bin Zayed Stadium, home of Al Ain FC, and does a huge loop of the city, heading back towards Hafeet via the E16. Astana’s Tanel Kangert was the winner here last year, after keeping Nicolas Roche (the Irish BMC star was riding for Team Sky at the time) at bay on that final climb. 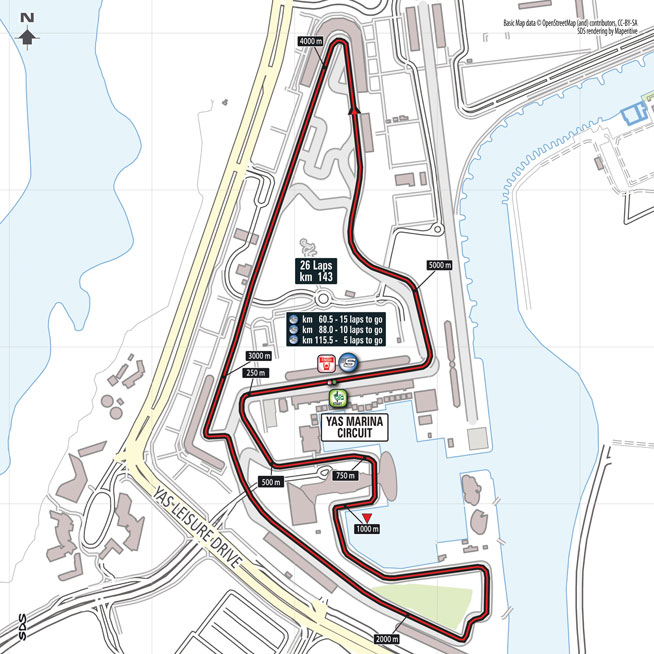 There are no changes to the last stage at Yas Marina Circuit – it’s the same course and the same distance as last time out, but that won’t worry the pros. Pretty much every rider What’s On chatted to at the last Tour said this one was their favourite stage – not only are you cycling on an F1 track, you’re doing it as the sun goes down. The pros will ride round the track 26 times in total and last year the Tour’s ambassador, Mark Cavendish, crossed the line first to claim his second stage win of the Tour. Astana’s Kangert won the Tour overall thanks to his performance at Hafeet the day before.

News
Sport & Fitness
Well-being
EDITOR’S PICKS
Ramadan in Dubai: 50 iftars to try
READ MORE
Where can Dubai residents travel? Check out these 14 destinations
READ MORE
Rumours, facts and reveals: New Abu Dhabi bars and restaurants
READ MORE
UAE announces reduced working hours for Ramadan 2021
READ MORE
MOST POPULAR
A four-day ultra marathon is taking place in the Dubai desert
Put the pedal to the metal with free tickets to Ekart Zabeel
Etihad drops massive summer sale with up to 50 per cent off flights
Spend your summer in a snowy cinema in Dubai
Tipsy Lion reopens with wallet-friendly deals all week
YOU SHOULD CHECK OUT
Our website uses cookies and other similar technologies to improve our site and your online experience. By continuing to use our website you consent to cookies being used. Read our privacy policy here.