The Abu Dhabi Tour: details of this weekend's road closures

Everything you need to know about road closures in Liwa, the city centre and Al Ain taking place February 23 to 25, due to the emirate’s professional cycling race

This weekend, some of the greatest cyclists on the planet will be riding all over the emirate for the third edition of the Abu Dhabi Tour – and there’s going to be a few road closures on each day as a result.

Here’s an overview of the four stages:

So when and where will the roads be closed? The first stage is in Abu Dhabi’s Western Region on Thursday February 23. The stage starts and finishes in Madinat Zayed, taking in the dunes of Liwa and Qasr Al Sarab on the way. Road closures start from 11.45am. 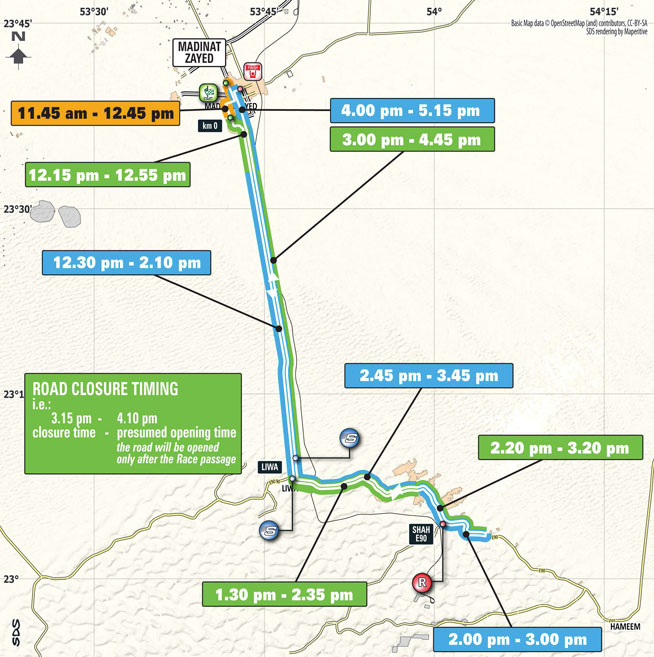 On Friday February 24, the pro peloton goes on a tour of the city of Abu Dhabi, taking in the Corniche, Al Reem Island, Al Maryah Island, Khalifa City, Yas Island and Saadiyat Island. Closures start at 12.30pm on Al Maryah Island, which is start point of the stage. 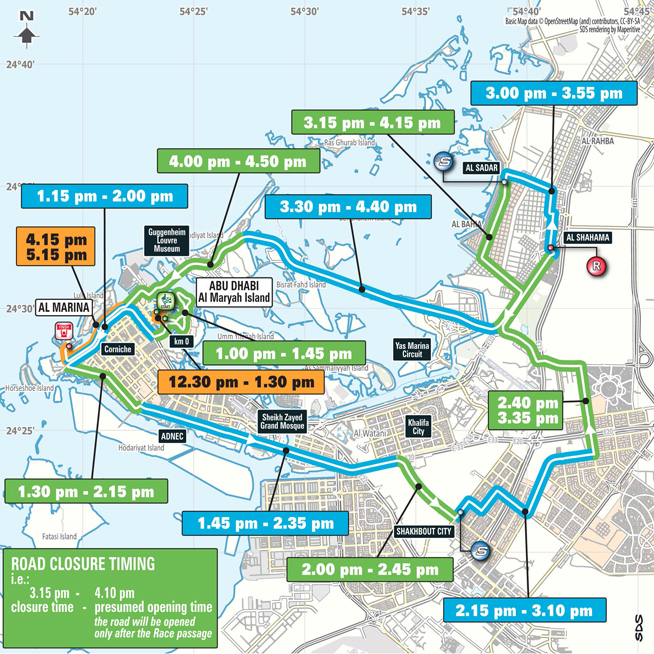 The third and final road closures are planned for Saturday February 25, when the cyclists head for Al Ain and a mountain top finish up Jebel Hafeet. This is the stage where the Abu Dhabi Tour is usually won, or lost. Road closures start in the heart of the city at 11.35am. 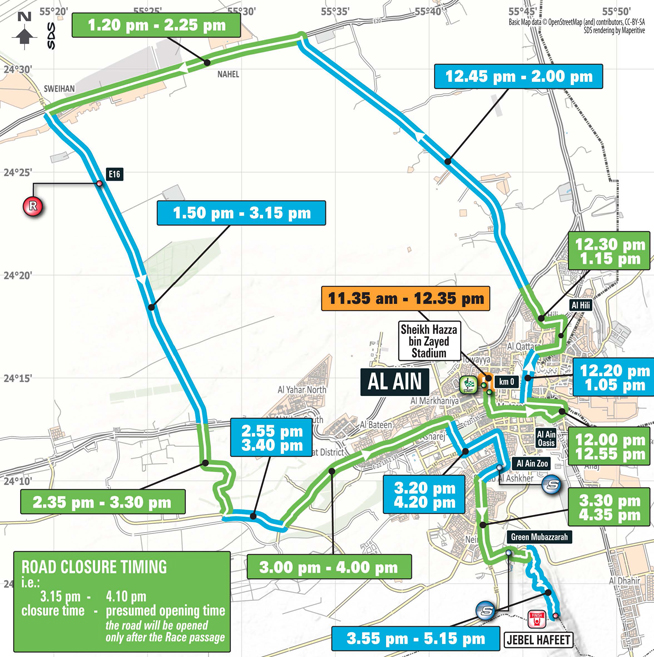 The fourth and final stage takes place on the city’s F1 track at Yas Marina Circuit, on Sunday February 26 so there’s no road closures, but be prepared that traffic will be busy on Yas Island from 4pm onwards.

News
Outdoor
Sport & Fitness
Things to do
Well-being
EDITOR’S PICKS
Covid-19 rules in Dubai: all the updates you need to be aware of
READ MORE
9 royal-approved Dubai restaurants
READ MORE
16 of the best beach bars in Dubai for sundowners
READ MORE
Where to get the Covid-19 vaccine in Dubai, Abu Dhabi and across the UAE
READ MORE
MOST POPULAR
Join us for a preview of Fairmont Bab Al Bahr's Valentine's dine around
Teatro Abu Dhabi has launched a special healthy menu
Four reasons why you should check out Asil this month
Win a BMX in the new Hudayriyat Circuit X youth time trial event
Hello, Glo: The new bar and lounge now open in DIFC
The luxury hotels and residences open and opening along West Beach
YOU SHOULD CHECK OUT
Our website uses cookies and other similar technologies to improve our site and your online experience. By continuing to use our website you consent to cookies being used. Read our privacy policy here.