From talent show runner-up to the top of the charts, the British singer hits the du Forum stage on Yas Island for the first time this weekend. What’s On sat down for an exclusive interview with pop’s cheekiest chap 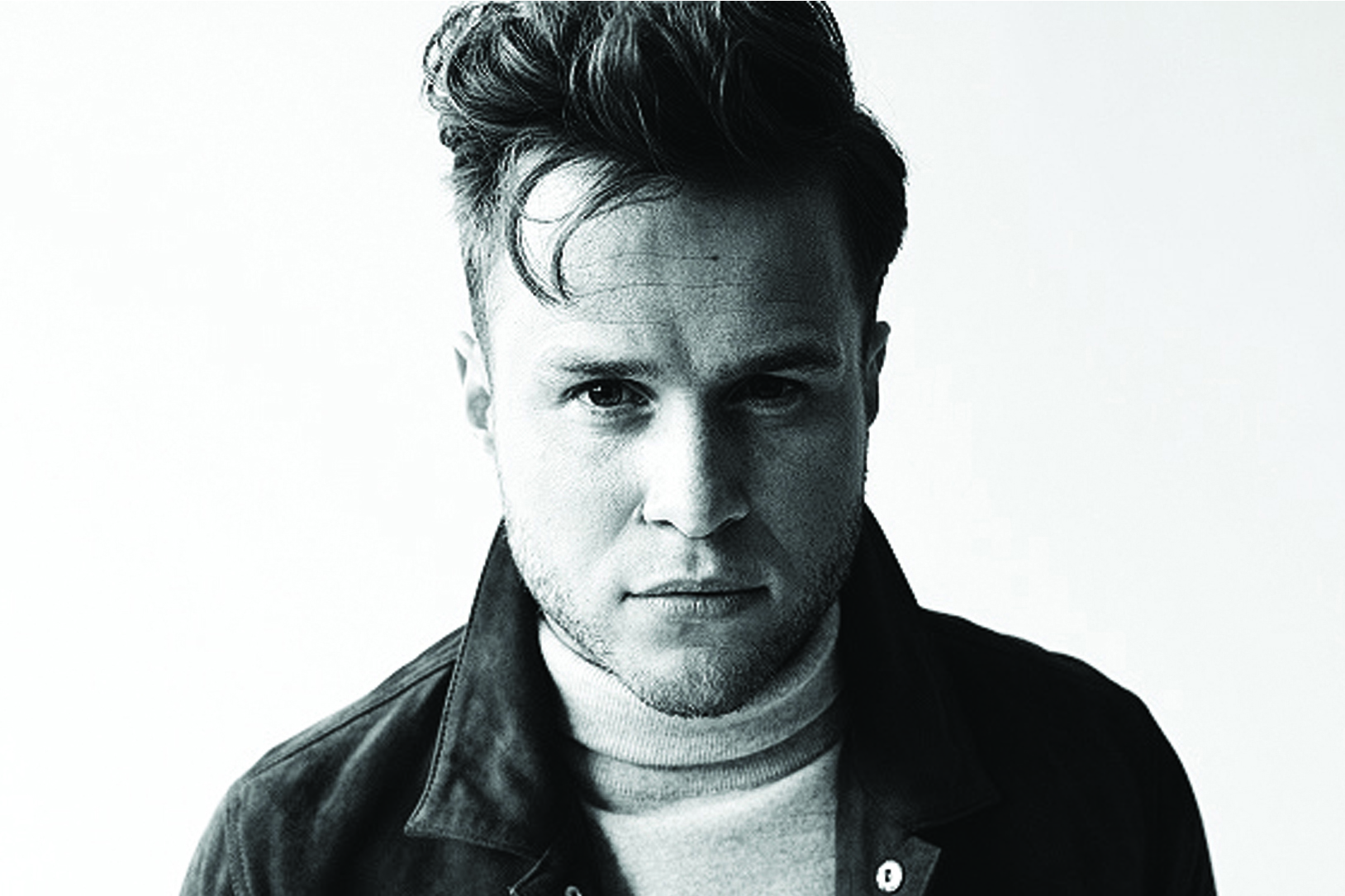 The path to talent show-led fame is one littered with casualties, and for every hopeful stepping into the
spotlit gaze of Simon Cowell with a will to win, there’s a winner wondering why they bothered. Indeed, few prove the existence of the so-called ‘winner’s curse’ better than Olly Murs, the chart-topping, multiple double platinum selling artist who came in second on the UK edition of The X Factor in 2009 (to Joe McElderry. Nope, us neither).
Since then, his unashamedly poppy style and cheeky chappie persona have seen him rise to significant fame in the UK, with hits such as Troublemaker, You Are Not Alone and Heart Skips A Beat landing him at number one on the nation’s charts. Renowned as much for his performance style as for his voice, Murs has performed live alongside big names such as Gary Barlow, Robbie Williams and Madness, and his lively stage persona has also helped score him a host of TV and modelling gigs in the UK – though those that view him as lightweight on account of that would be reminded that he has written or co-written the majority of his hits, earning him a fortune now said to exceed Dhs44million. Which we can only assume is more than poor Joe McElderry…

What’s on offer at your gig here in the capital?
We are singing every song, pretty much going through the previous albums that were hits, and also some new stuff. It’s real good fun, great energy and I’m enjoying it. It’s the best tour I’ve done so far and I look forward to bringing it to Abu Dhabi.
What makes this tour so special for you this time round compared to others?
I think, to me, it is the energy the fans are giving, the reaction online, the feedback – it really has felt special. I can’t thank them enough. When you put a show together you don’t quite know how people will react, people could leave, so you always have this pressure. My other tours have been great but this one just feels better. I can’t wait to bring it to Abu Dhabi.
Do you think that comes from maturing your sound and releasing such a personal album with 24 Hrs?
I’ve never done an album that personal before so it was nice to do it and get those feelings out. Part of me is enjoying singing the new stuff but like I say, everything on this tour – the new and the old – all fits in brilliantly. We’ve got a great balance.
Do you still feel like you have to prove yourself when it comes to your music career?
Yeah, of course I do! I think as an artist if you lose that sort of hunger and desire then you will also in your music. There’s always a bit of pressure there but you just got to keep going, keep it interesting, keep the fans excited. I’m always striving to be the best I can be, even after seven years and after five albums I’m still trying to better myself. Luckily I’ve still got the eye of the tiger… [laughs].
What’s something surprising on your iPod?
Probably Drake. I love his style, I love that kind of music. I love Stormzy as well, that kind of grime and hip hop. 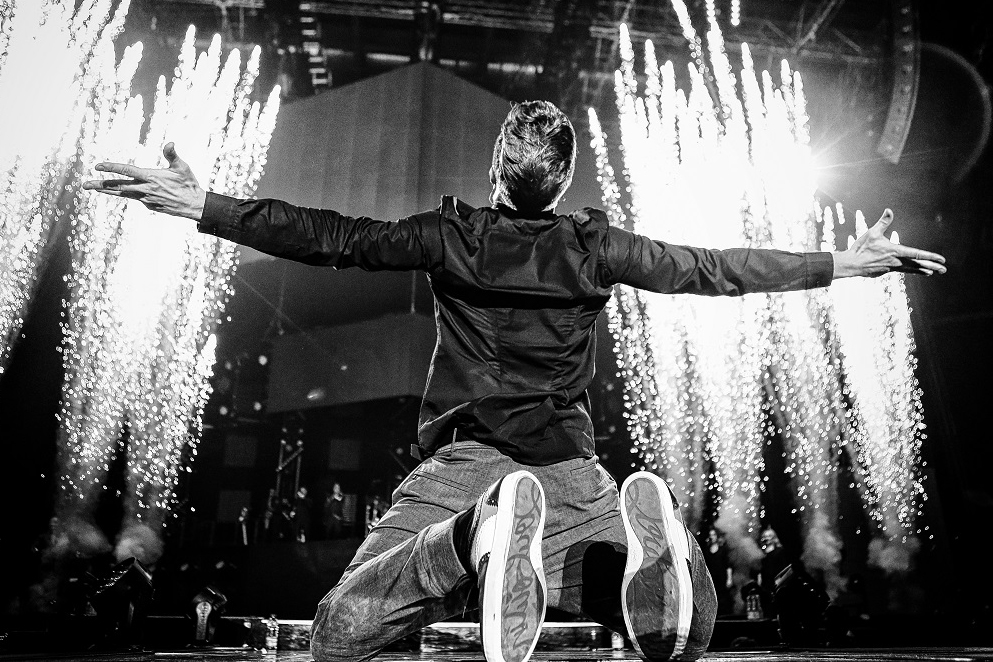 Dream collaboration?
Stevie Wonder. I think it’s because I feel like Stevie kind of helped me. I know it sounds ridiculous, but Superstition was the song that sort of catapulted me into this world of fame and pop stardom. I did it on The X Factor and that song changed my life. He is an incredible artist and what he’s done in the music game is just incredible. His music is timeless, you know, that’s why I love him. Hopefully one day I’ll get a chance to work with him.
What will you be doing 50 years from now?
I’ll be on a beach somewhere sipping on a nice cold one and looking back on my career and saying, “You know what? I did OK, I did well.”
What do you want to tell your Abu Dhabi fans?
Come to the gig, we’ll have a great night of music. I won’t let you down.
April 28
du Forum, Yas Island, Abu Dhabi, 7.30pm, Dhs250 to Dhs400. Tel: (02) 5098143. Taxi: du Forum. thinkflash.ae
*Event organisers Flash have joined forces with the Crowne Plaza Yas Island to offer a discounted brunch package called Olly Day Out on April 28. Buy a ticket to the concert and you get 20 per cent off your brunch bill at the hotel on the same day. You can choose to eat at either Stills, Jing Asia or Barouk on the day. One ticket per brunch is required – proof of purchase necessary. Click here for more details. *

News
Nightlife
Things to do
EDITOR’S PICKS
UAE holiday dates announced for Eid Al Adha
READ MORE
Emirates extends suspension of flights from India to UAE again
READ MORE
Coming soon: Everything we know about Ain Dubai so far
READ MORE
Khorfakkan set to open new tourist attraction 580 metres above sea level
READ MORE
MOST POPULAR
A completely spoiler-free movie review of The Suicide Squad
Review: It's chilled vibes all the way at Jumeirah Islands Clubhouse
Review: Carna Dubai, a vibrant steakhouse 74-storeys high
Pics of the week: Your best photos of the UAE
New films to watch in cinemas this week: August 5 to 11
YOU SHOULD CHECK OUT
Our website uses cookies and other similar technologies to improve our site and your online experience. By continuing to use our website you consent to cookies being used. Read our privacy policy here.