A 4,000-year-old trading post has been discovered on Sir Bani Yas Island

Archaeologists have discovered jars made in Bahrain, plus a stamp seal, bronze tools and a fish hook on a site on the south-west coast of the island
A little part of the gulf’s maritime history has been unearthed on Abu Dhabi’s Sir Bani Yas Island – and the findings date back an incredible 4,000 years.
Archaeologists working for Abu Dhabi Tourism & Culture Authority have discovered a trading post they believe would have been used by merchants who transported goods by ship through the region.
The site is on the south-west coast of Sir Bani Yas Island, in the emirate’s Western Region, and inside are jars made in Bahrain an incredible 4,000 years ago, along with bronze tools and a fish hook. Pieces of pottery the experts believe originated in Pakistan were also found. 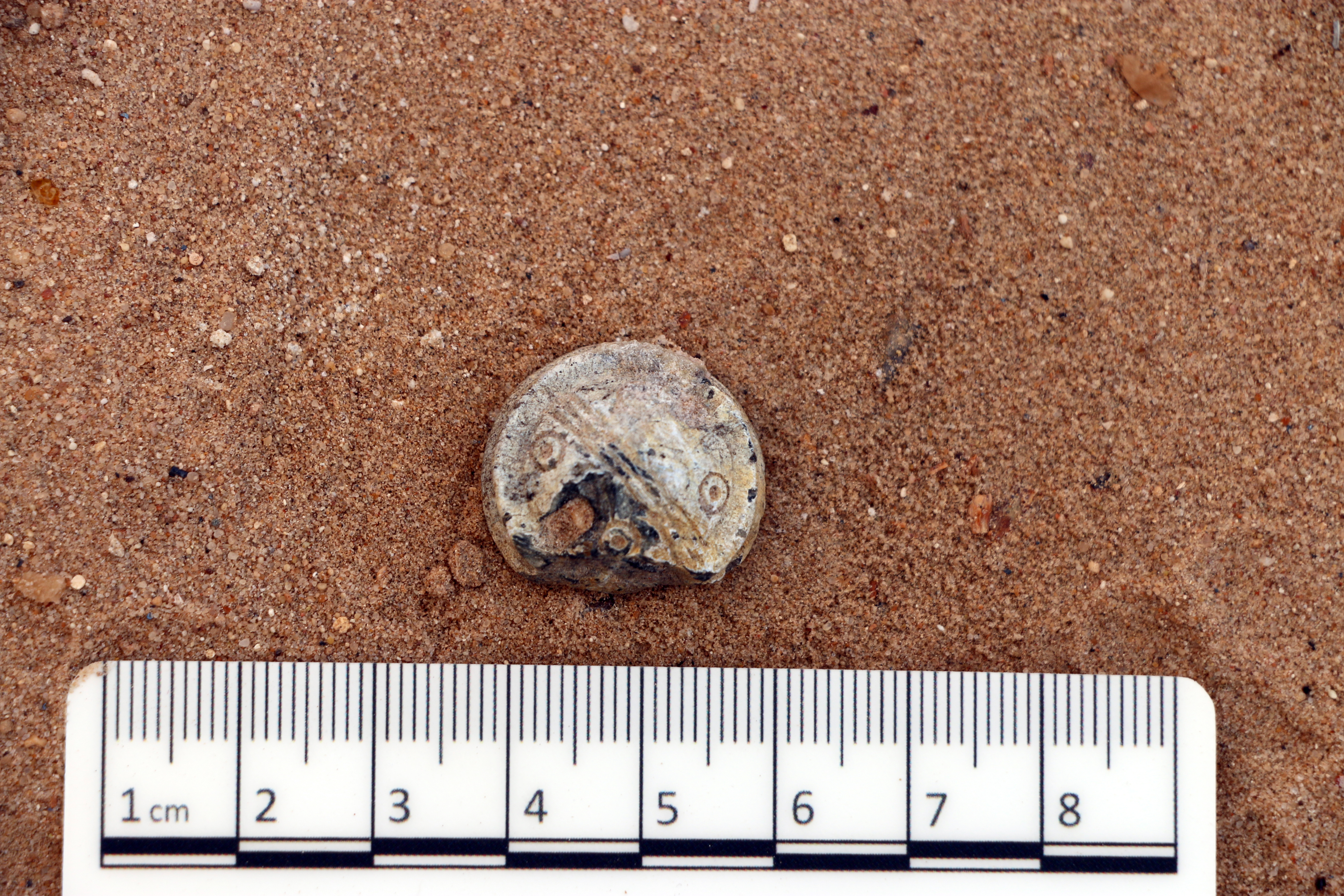 But perhaps the biggest find was a Dilmun stamp seal (pictured above), a stamp used by traders on goods that would have been shipped all over the Gulf. It’s the first time such a seal has been found in the capital’s Al Dhafra region and Dilmun is the historical name given to Bahrain and the surrounding region. So what does the seal look like? It features an animal and person standing under a moon. The project’s archaeologist are now working out the meaning of the seal.
“The moment when we discovered the Dilmun stamp seal was very special,” says TCA archaeologist Abdulla Khalfan Al Kaabi. “We immediately realised the important implications of this find. Holding this in our hands for the first time since a Bronze Age merchant had used it almost 4,000 years ago was a magical moment.” 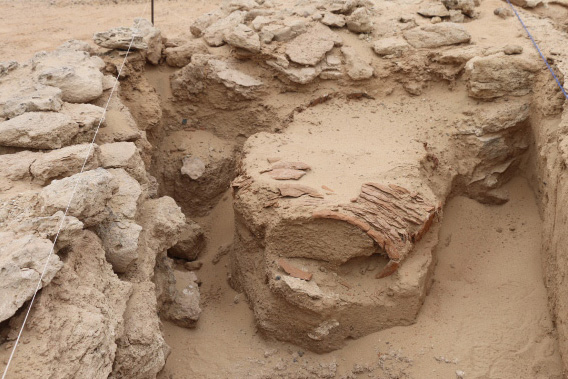 The discoveries are the latest on an island rich in history – Sir Bani Yas Island is also home to the remains of a Christian monastery – and the excavation team believe this is more proof that the island played a pivotal role in maritime trade across the region all those years ago. What’s more, they believe there are more buildings waiting to be discovered on Sir Bani Yas. The recently unearthed site will be included in a future heritage tourism trail TCA has planned for the future.