A selection of restaurants that are serving throughout the day, for those of you not fasting, this Ramadan. This list will be updated regularly throughout the Holy Month 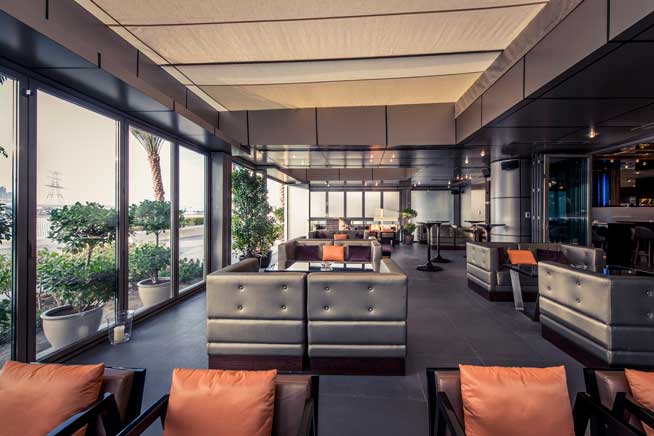 Another Abu Dhabi stalwart, Kebabs’ second branch overlooking the ocean at Al Muneera will be dishing out its curries all day during the Holy Month.
Al Muneera, Al Raha, Abu Dhabi, daily 11.30am to 11pm. Tel: (02) 5526900. Taxi: Al Muneera. 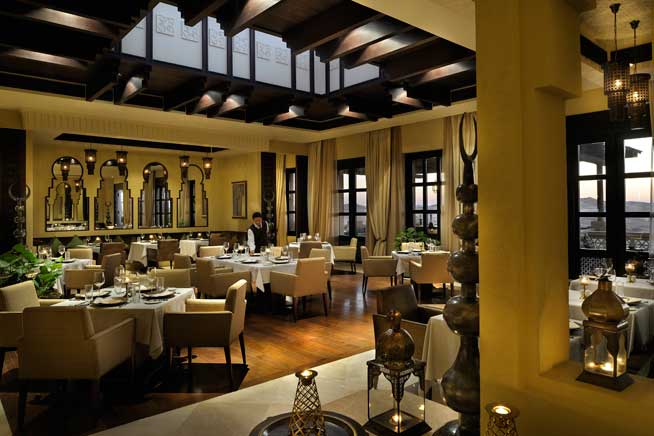 Fancy a weekend away in the Western Region but worried about limited lunch options during Ramadan? Head to the Qasr Al Sarab By Anantara in Liwa and its all-day dining restaurant Suhail will be open from 7am, while Mediterranean outlet Ghadeer will open at noon for lunch and the hotel’s Pool Bar will be serving food from 9am.
Qasr Al Sarab By Anantara, Liwa Desert, Abu Dhabi. Tel: (02) 8862088. Taxi: Qasr Al Sarab. qasralsarab.anantara.com

This What’s On award-winning outlet will be open during daylight hours as well during Ramadan.
Mohammed Bin Khalifa Street, Al Mushrif, Abu Dhabi, daily 8am to midnight. Tel: (02) 6439699. Taxi: Opposite Choueifat School. facebook.com/CafeArabia

Abu Dhabi’s latest joint for Japanese food will be open for lunch during Ramadan. You can find out what What’s On thinks of it by checking out our review in our new issue, out June 1.
Fairmont Bab Al Bahr, Bain Al Jessrain, Abu Dhabi, daily 11.30am to 4pm. Tel: (02) 6543333. Taxi: Fairmont. fairmont.com 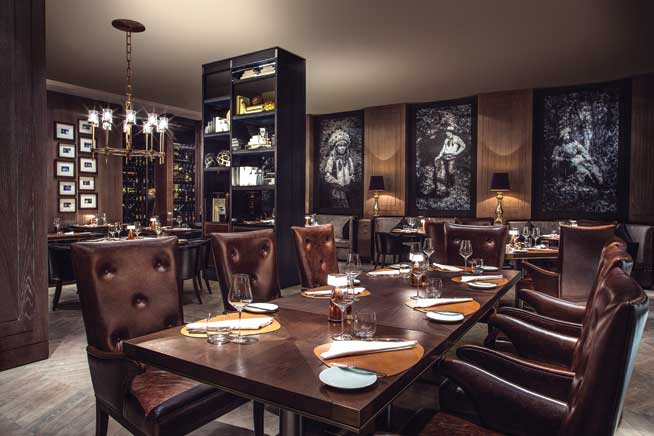 Two restaurants will be open during the day at this Al Zahiyah hotel next to Abu Dhabi Mall: Italian outlet Prego’s and Rodeo Grill, the Rotana’s steakhouse. Prego’s will be open from 8.30am until 11.30pm, while meat lovers can have lunch between 12.30pm and 3.30pm and dinner between 7pm and 11.30pm at Rodeo Grill.
Beach Rotana, Al Zahiyah, Abu Dhabi. Tel: (02) 6979000. Taxi: next to Abu Dhabi Mall. rotana.com 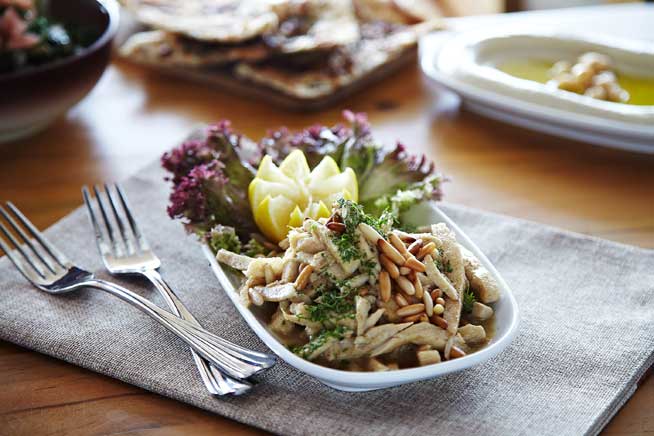 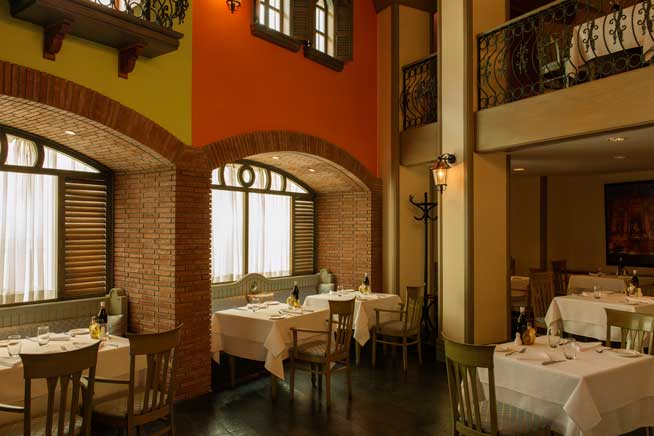 All-day outlet Latest Recipe and Italian Pappagallo are serving. The former is open 6am to 11am, 12.30pm to 3.30pm and then for iftar. Pappagallo is open 8am until 7pm serving light bites, and then dinner after sunset.
Le Méridien, Al Zahiyah, Abu Dhabi. Tel: (02) 6446666. Taxi: Le Méridien.
thevillageat­lemeridienabudhabi.com 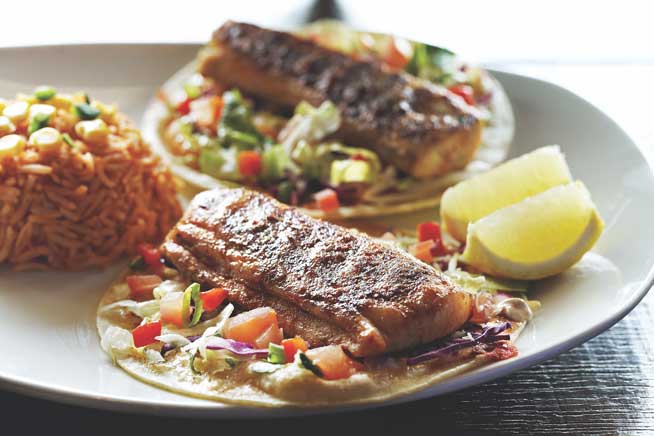 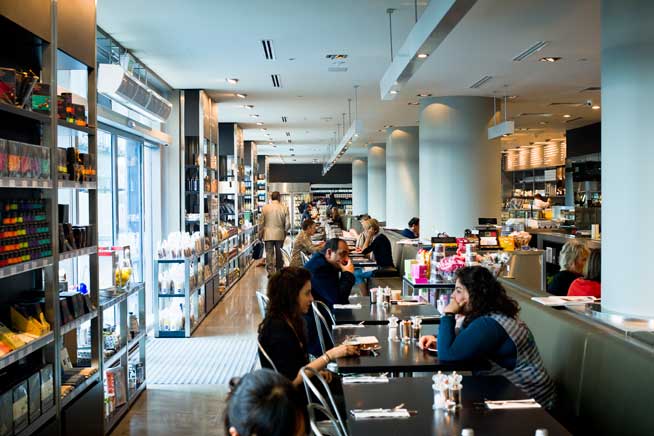 The Afghan-influenced US café has two branches and both are open for non-fasters during the Holy Month. The Al Bandar branch will be open 11am to 4pm, The Galleria branch 11am to 3pm.
Various locations including Al Bandar, Abu Dhabi, daily 11am to 4pm. Tel: (02) 5579500. Taxi: Al Bandar. nolusrestaurants.com

You can get a bite to eat if you’re not fasting at this rooftop outlet from 11am to 2am every day during Ramadan.
Eastern Mangroves Hotel And Spa By Anantara, Salam Street, Abu Dhabi, daily 11am to 2am. Tel: (02) 6561000. Taxi: Eastern Mangroves. abu-dhabi.anantara.com

Want Thai and Chinese dishes? Pop into The Galleria this month – Royal Orchid will be open during the day for dine-in, takeaways and also deliveries.
The Galleria, Al Maryah Island, Abu Dhabi, daily 11.30am to 11pm. Tel: (02) 6777301. Taxi: Galleria Mall, Al Maryah Island.

The sophisticated European outlet on Al Maryah will also be open all day during the Holy Month.
The Galleria, Al Maryah Island, Abu Dhabi, Sat to Wed noon to midnight, Thur to Fri noon to 1am. Tel: (02) 6262131. Taxi: Galleria. 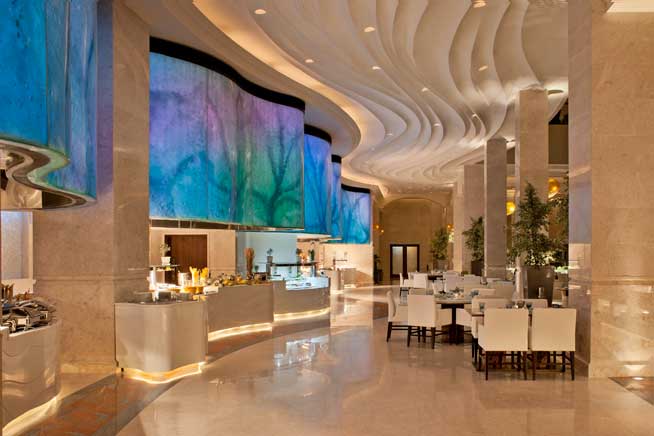 One of the city’s newest hotels, situated in Khalifa City, has two outlets open during the day. Appaloosa is open from noon until 2am, while Khayal, its all-day dining outlet, is open for breakfast between 6.30am and 10.30am and then reopens for iftar.
Marriott Hotel Al Forsan, Al Forsan International Sports Resort, Khalifa City, Abu Dhabi. Tel: (02) 2014000. Taxi: Al Forsan Sports Resort. marriott.com

Italian food and pizzas are served here and they’re open during the day throughout May and June.
Al Zeina, Al Raha, Abu Dhabi, daily 6am to midnight. Tel: (02) 5564643. Taxi: Al Zeina. facebook.com/andiamocucinaitaliana

It’s been crowned our Restaurant Of The Year before at the What’s On awards and this high-end Japanese will serve lunch during Ramadan.
The Galleria, Al Maryah Island, Abu Dhabi, daily noon to 3.30pm. Tel: (02) 4015900. Taxi: Galleria. zumarestaurant.com
– For more about Abu Dhabi straight to your newsfeed, follow us on Facebook.

Eat & Drink
Restaurants
EDITOR’S PICKS
Ramadan in Dubai: 50 iftars to try
READ MORE
Where can Dubai residents travel? Check out these 14 destinations
READ MORE
Rumours, facts and reveals: New Abu Dhabi bars and restaurants
READ MORE
UAE announces reduced working hours for Ramadan 2021
READ MORE
MOST POPULAR
There's a 30 per cent sale taking place during the long weekend on LegalHomeDelivery.com
Pics of the week: Your best photos of the UAE
Here's why you need to visit Mimi Kakushi's new Friday lunch
New films to watch in cinemas this week: May 13 to 19
Torno Subito's new lunch menu offers a quick mid-week vacation
YOU SHOULD CHECK OUT
Our website uses cookies and other similar technologies to improve our site and your online experience. By continuing to use our website you consent to cookies being used. Read our privacy policy here.