WATCH: Dubai Opera is hosting its first ever sporting event this week...

When you think ‘Dubai Opera’, the first thing that springs to mind probably isn’t ‘squash’. But that’s exactly what you’ll find this month, when the world’s best squash players will arrive in town for the 2017 PSA Dubai World Series Finals.

Taking place from June 6 to 10, it is the first sporting event to be held at the iconic building in Downtown Dubai, and will take place in a state-of-the-art glass court.

The top eight male and eight female squash players in the world will compete over five days, first in a round robin best-of-three series for a place in the knockout semi-finals. And if they win? There’s an equal purse prize of $160,000 (around Dhs587,000) in both the men’s and women’s tournaments.

So, who should I be keeping my eye on court-side?

France’s squash star, Camille Serme wowed fans during the Tournament of Champions and the US open, finishing ahead of current World No 1 Nour El Sherbini.

She’ll be the woman to watch going into the five-day tournament. 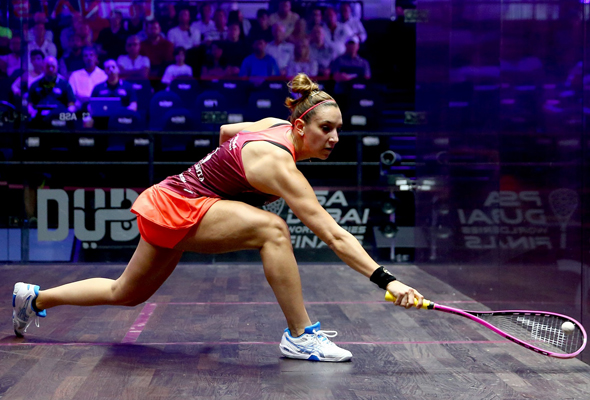 Keep an eye out for the 2016 PSA Men’s Player Of The Year, Mohamed ElShorbagy. The Egyptian has six successive World Series title wins between 2015 and 2016, but 2017 has been a mixed bag. He’ll have something to prove in Dubai. 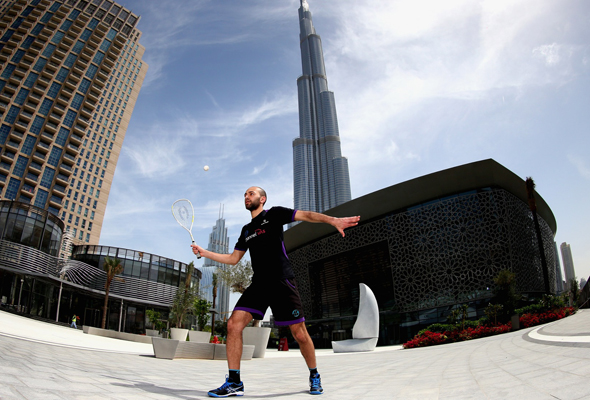 News
Sport & Fitness
EDITOR’S PICKS
13 Sheikh Hamdan-approved restaurants in Dubai
READ MORE
Dubai brunches temporarily banned in new preventative measures
READ MORE
12 upcoming Dubai mega-projects we can't wait for
READ MORE
16 of the best beach bars in Dubai for sundowners
READ MORE
MOST POPULAR
Breaking: Dubai extends preventative measures until mid-April 2021
Enjoy brunch, breakfast and a stay at Westin Abu Dhabi from Dhs432
Get a free gym class at this cool new Dubai gym
Pics of the week: Your best photos of the UAE
Emirates Airlines and DHA to implement digital verification of traveller medical records
YOU SHOULD CHECK OUT
Our website uses cookies and other similar technologies to improve our site and your online experience. By continuing to use our website you consent to cookies being used. Read our privacy policy here.