With so many A-listers (and B-, C- and D-listers) visiting the glittering emirate every day, it can be hard to keep track of who was spotted where.

So in case you were wondering who to keep an eye out for when you’re down at Dubai Mall, we’ve thrown together a list of some of the famous faces in Dubai and the UAE this week…

The rapper and record producer was spotted at Jamaican hotspot Miss Lilly’s Dubai – which, we must say, is becoming quite the celebrity haunt, also receiving visits from supermodel Bella Hadid and popstar Rihanna earlier this year. 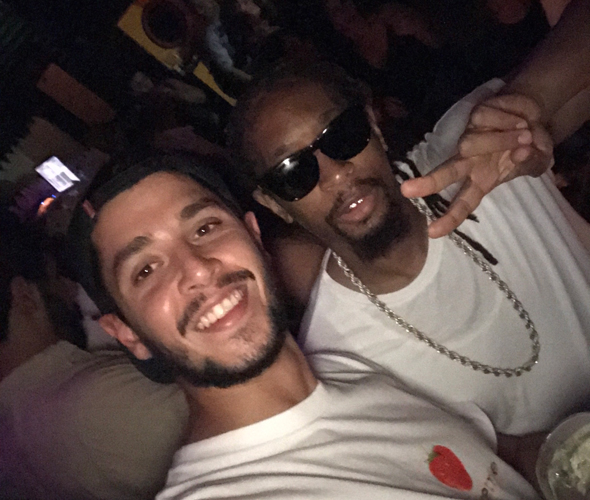 The British model, singer, and reality star – best known for appearing on The Only Way Is Essex – recently enjoyed a beach vaycay on our sunny shores, sharing this glamorous snap from Jumeirah Zabeel Saray on The Palm.

The model and former Miss Great Britain sported a Ramadan-ready jumpsuit while holidaying in Dubai with her family this week.

Me and my lovely mummy @mammajlloyd ❤?my jumpsuit from @houseofskylar

The Manchester-born footballer seemed to be enjoying something of a lads’ holiday, lounging in view of the Burj Al Arab, playing some golf, and going for a bash on the dunes.

The Spanish football star was also in town, and demonstrated that once you’ve found your classic holiday photo pose, you might as well stick with it. Exhibit A:

The Portuguese football legend was in Dubai this week, and spent some time hanging out with fellow player Michel Salgado, who is now the director of Dubai Sports City’s Football Academy.

Always a pleasure to see my bro @therealsalgado #mydubai

Yep, we’ve got a Belgian footballer, too. Apparently he’s enjoying a holiday along with Manchester United player Luke Shaw – the pair were both pictured at a suhour.

Honestly, Dubai was like the United Nations of holidaying football players this week. Here’s the German goalkeeper pictured in front of the Burj Al Arab.