Update: There will be bars & restaurants on the Ain Dubai

Talk about a revolving restaurant…

The fifth of the eight sections that make up the Ain Dubai has just been erected. This huge structure, which we’ve seen slowly appear across the JBR skyline, will be the world’s tallest observation wheel at 210-metres when it’s complete. (FYI: Ain translates to ‘eye’ from Arabic, so it’s the Dubai Eye).

Where is it? Well, you can’t miss it – it’s being constructed on Bluewaters Island, which is right across from JBR and The Beach (and it’s a Meraas development, so you can expect the new island to have a similar feel to City Walk). You know the new flyover near the ‘last Marina exit’? Well that’ll be the access to Bluewaters island. Plus, you’ll only need to take a 250-metre stroll across a pedestrian bridge to get to the island from The Beach at JBR. 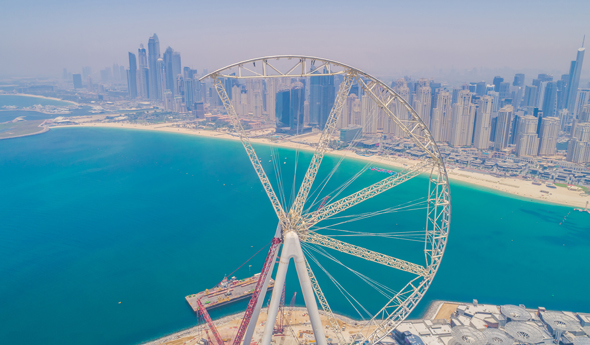 That’s quite a view…

Fast fact: Five of the eight ‘rims’ have been placed on the Ain Dubai wheel now, but one of these slices of the wheel weighs the same as two A380 aircrafts.

SO WHAT WILL BE IN AIN DUBAI?

First and foremost it will be an observation deck, allowing a revolving, 360-degree view of Dubai and its coastline as you sit in the 30-square-metre double glazed capsules that revolve around on the wheel (slowly).

Each capsule will fit 40 people, and the glass on them will have UV and infrared protection (so you won’t get sunburnt).

But perhaps most exciting for us is the fact that some of the capsules will be private ‘fine dining’ rooms that seat up to 12 guests, so you’ll be able to have a slap-up meal as you revolve around the coastline.

Also, six of the capsules will have a licensed bar so that you can have a tipple with your trip.

Meraas has yet to say when the Ain Dubai will be open to the public, but we’ll definitely keep you updated. Oh, and the wider Dhs6 billion Bluewaters Island will have hotels, residences (we definitely want to live there), 200 retail and dining outlets, entertainment and hospitality attractions and a plaza.

HERE ARE SOME MORE FAST FACTS ABOUT THE GIANT WHEEL: 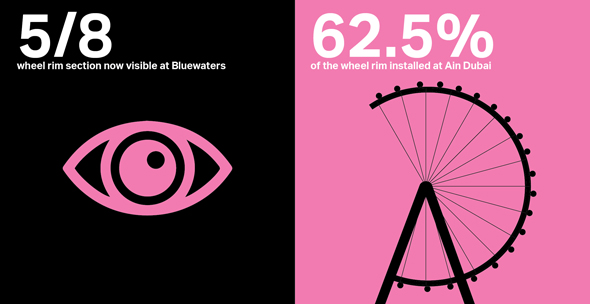 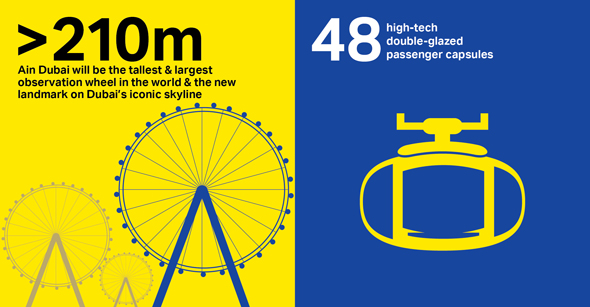 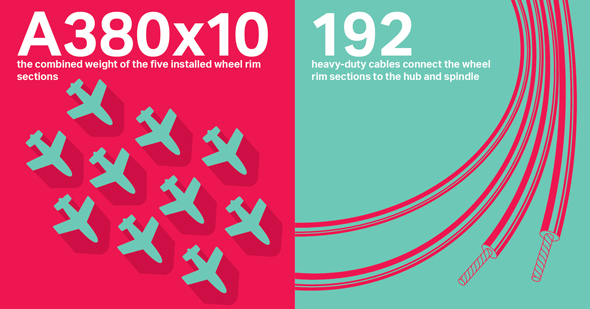