Can the famous New York stalwart deliver in the UAE?

With a location inventory that reads like a thrill-seeker’s bucket list, we were expecting big things from Le Cirque’s foray into the Middle East. The circus-themed eatery has been a New York landmark since 1974, and has since expanded to call Las Vegas’s Bellagio, New Delhi’s Leela Palace, and New York’s trendy Third Avenue, home. 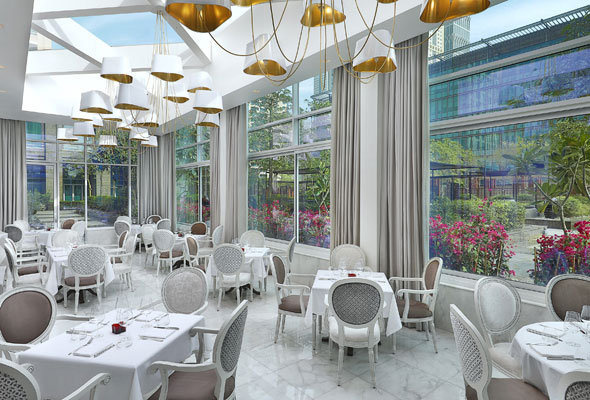 But there’s no clowning around at the Ritz-Carlton DIFC’s Le Cirque, an elegant lounge filled with antique armchairs and floor-length drapery, where the closest thing to a circus animal is the elephant-grey colour scheme.

The French-cum-Italian menu is perfect for those who struggle with decision-making, as there’s only a handful of options under the starters, pasta and mains banners. We started with the carpaccio de boeuf (Dhs70), and were surprised with a palatable combination of Parmesan, tiny droplets of chilli mayo and truffle vinaigrette.

However, the loup de mer cru (Dhs80) was where things really got going. The ceviche dish was reminiscent of an offering from a windswept beach shack on the shores of Tahiti (in the best possible way). Think raw sea bass doused in a coriander, lime and coconut dressing, sprinkled with sweet potato – of the chips and cube variety – and finished off with just a nudge of red pepper. 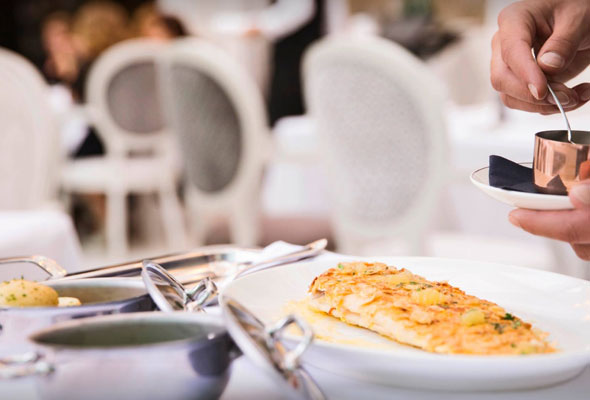 The cappelletti au crabe (Dhs100) was another unexpected highlight – a pert package of pasta filled with king crab and dressed in a bisque-like roasted apple purée.

Unfortunately, the main was the key act where Le Cirque failed to impress. On paper, the sole aux amandes (Dhs280) sounded like a seafood dream come true – almond-crusted Dover sole, sautéed until crisp. What was served up at the table, however, was a freshly boned fillet that had the texture of a clown shoe – and was just as hard to saw through. 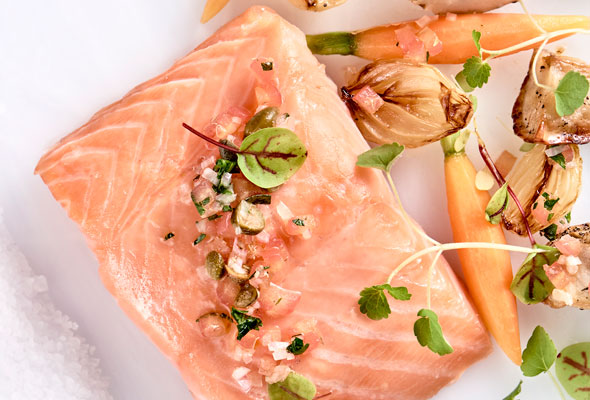 The salmon was nice, but our fish appetites were not appeased

We tried again with the saumon mi-cuit (Dhs105), a slow cooked slab of salmon, which was perfectly adequate – but failed to convince us this was a restaurant to order fish from.

Luckily, redemption came in the form of cake. The “frozen” cheesecake (Dhs45), an anomaly in Dubai we are told, was so light we had to convince ourselves it didn’t mean we could eat five in one sitting. The chocolate cake (Dhs50) wasn’t really a cake at all, but was instead a creamy, layered globule of praline, caramel ganache and hot chocolate sauce. 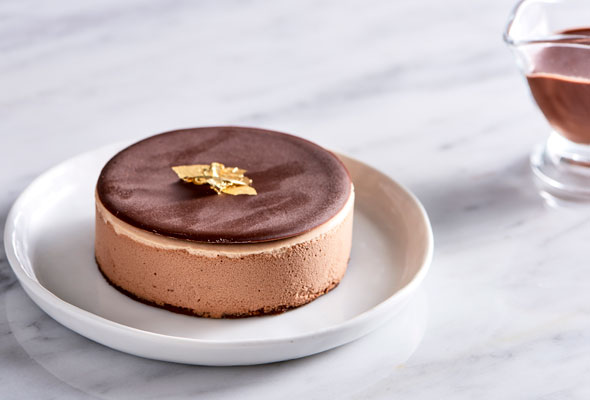 If you’re in search for a good place for a starter and dessert, Le Cirque certainly fits the bill. But, if (like most of us), you’re unwilling to forgo a main dish, we hope the new-restaurant’s teething issues are sorted soon.

Eat & Drink
Restaurants
EDITOR’S PICKS
UAE holiday dates announced for Eid Al Adha
READ MORE
Update: Emirates again extends suspension of flights from India to UAE
READ MORE
Coming soon: Everything we know about Ain Dubai so far
READ MORE
Khorfakkan set to open new tourist attraction 580 metres above sea level
READ MORE
MOST POPULAR
Sign your kids up for a five-day theatre camp at The Junction this summer
Pics of the week: Your best photos of the UAE
New films to watch in cinemas this week: July 22 to 28
Caesars Palace Dubai transforms into a summer playground this Eid
10 things to do in Dubai that are free (or cost next to nothing)
YOU SHOULD CHECK OUT
Our website uses cookies and other similar technologies to improve our site and your online experience. By continuing to use our website you consent to cookies being used. Read our privacy policy here.