Dubai is full of beautiful mosques – from the gorgeous classic on Jumeirah Beach Road near Spinneys to the edgy and contemporary new place of worship in City Walk.

Well, on an unassuming street in Al Warqa 3 (near Mirdif) you’ll also find a modern, contemporary piece of architecture in the form of this mosque by Ibda Design… 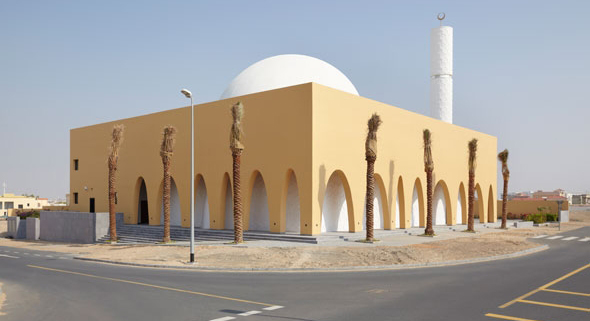 Crafted from Saudi sandstone and marble, the mosque blends into its desert environment (while also standing out due to its forward-looking design). 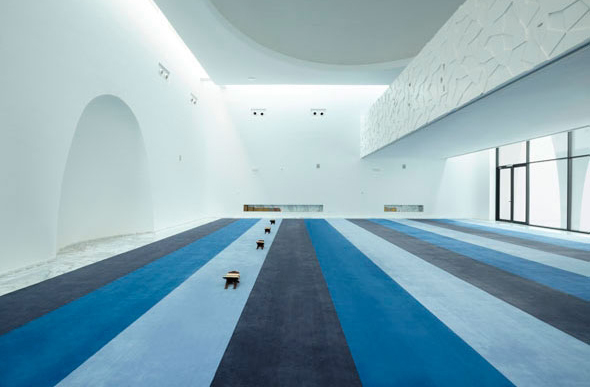 We spoke to the principal architects at Ibda about the mosque, here’s what they had to say…

How did the UAE/Dubai inspire the design?

Traditional architecture in the UAE is introverted, creating internal oases that are encased in pure, simple forms, also factoring in Dubai’s harsh climate and abundance of natural light. 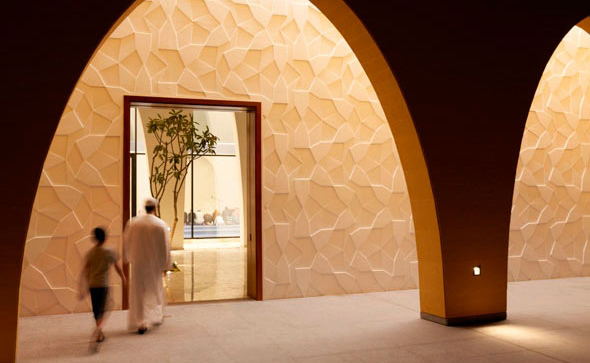 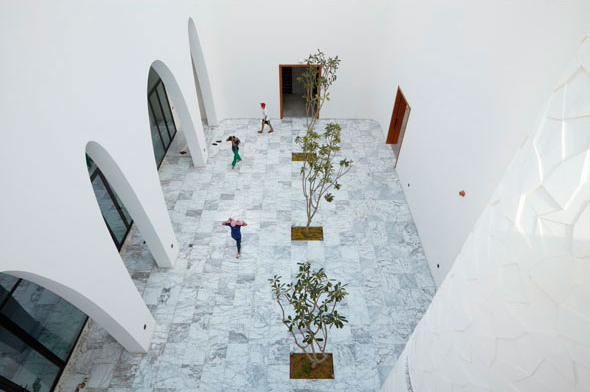 This was reflected in the mosque by adopting the long-established Arab Hypostyle spatial configuration, which are evident in the old developments in the UAE such as the Al Fahidi Historical Neighborhood. This has already been abandoned by designers in the region because such a configuration does not yield iconic architecture, unlike the Ottoman Central Dome configuration or the Indian 3-Dome composition [of mosques]. 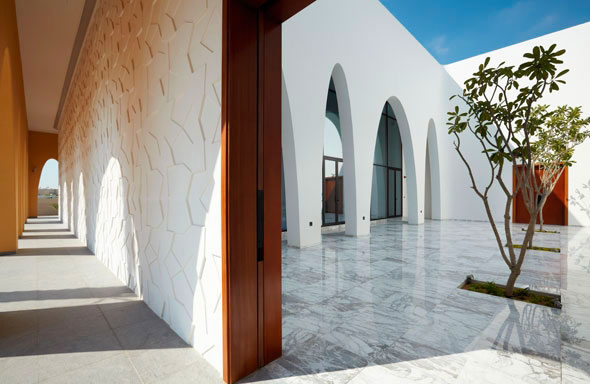 What are some of the unique elements of designing a mosque?

With the architectural typology, there are stringent guidelines to designing a mosque and a certain pressure to conform to design traditions from history, thus the apparent resistance to exploration of the new. One of the challenges we faced were permit restrictions that imposed the use of the dome, which was not in the original design scheme.

What made this project unique was that this mosque instigated the process of questioning the design practices of mosques in the region, opening a dialogue with authorities for new design elements that still adhere to the ideologies of Islam. 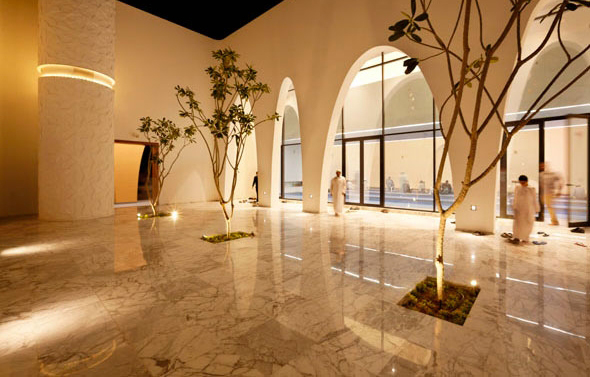 What are you most proud of about the project?

The most fulfilling part of completing such a project is the realisation of a different type of mosque. The lack of the boundary wall invites users to freely enter the building, creating a communal community space in its truest form.

Light was also a key element in the design of the religious space, welcoming the abundance of natural light inside the prayer space.

ALSO
*WATCH: 6 diverse places of worship in Dubai and Sharjah*
*This Abu Dhabi mosque is now called the Mary, Mother of Jesus mosque*

Here’s where you’ll find the mosque (the pin represents the exact location): 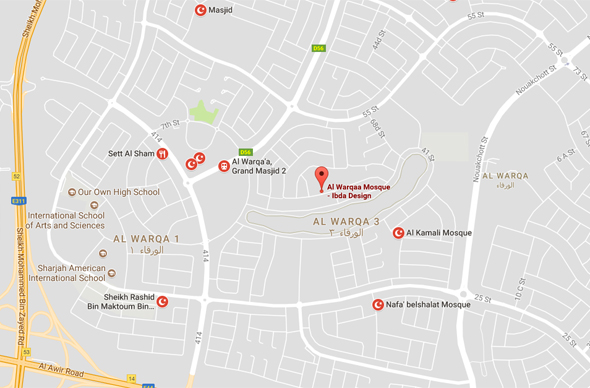 And here are some more snaps of the beautiful design… 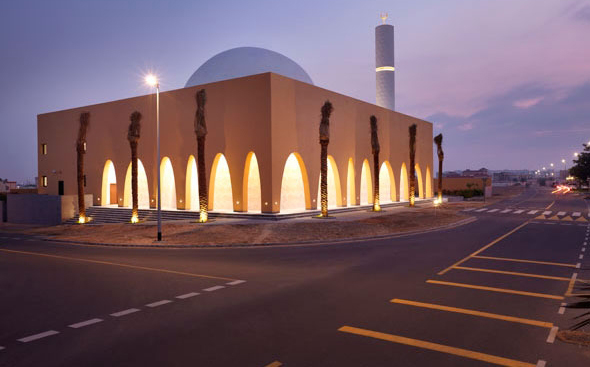 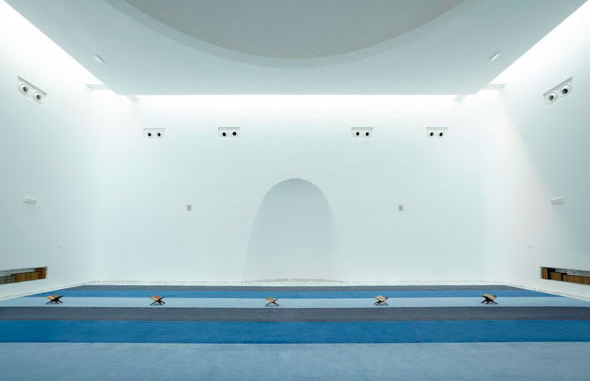 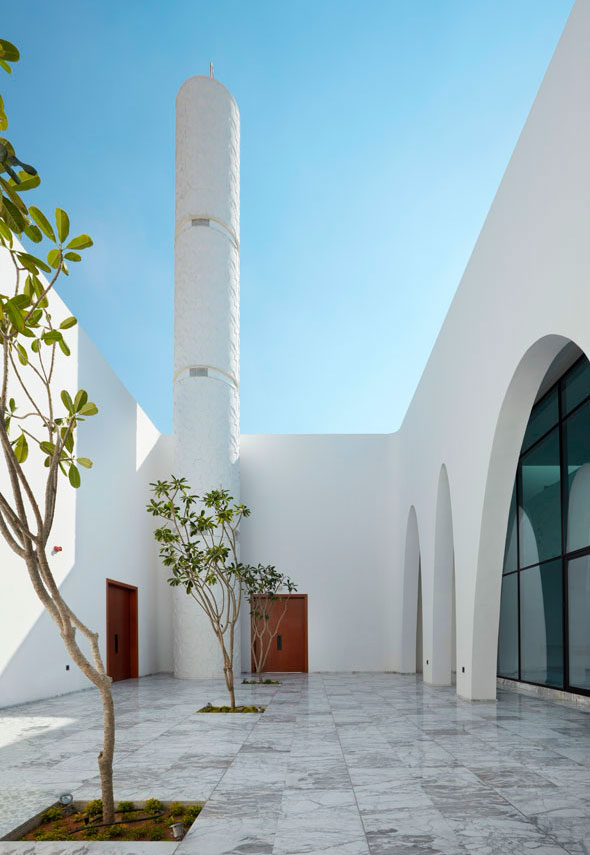 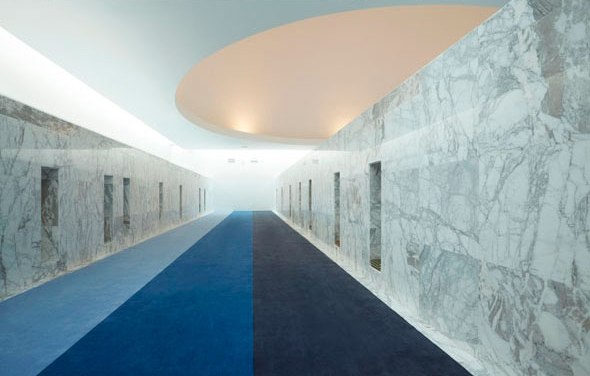