It’s a big day for Tennis fans. Wimbledon’s most eagerly awaited match, the mens final, kicks off on centre court at 5pm (GST) this afternoon.

But this year, many tennis fans in Dubai had been left disappointed after BeIN’s exclusive deal with Wimbledon left fans without the much anticipated coverage of the tournament. Thankfully, Wimbledon was on hand with live-streamed coverage both on the official site and via Twitter. Both have been completely free.

It’s the 11th final appearance for Tennis legend Roger Federer, who won his 7th title back in 2012, as he competes against Marin Cilic to become Wimbledon champion.

There’s a lot riding on this match for Federer. The tennis ace will become the first man ever to win eight titles should he beat Cilic this afternoon. A win would also make him the oldest champion in the open era ahead of his 36 birthday next month. 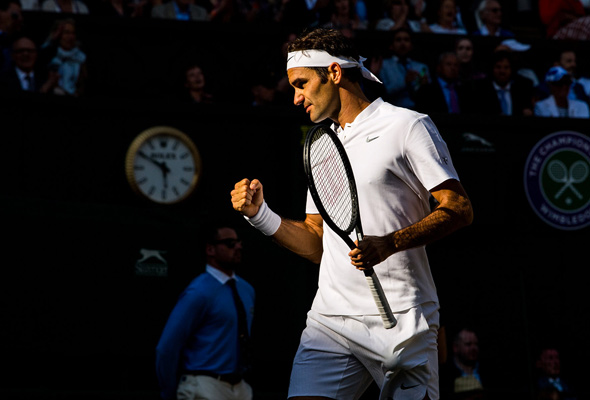 So how can you watch the final of Wimbledon in Dubai?

There are also some sports bars in Dubai who are showing the Wimbledon coverage, so call ahead to check if your favourite is!

News
Sport & Fitness
EDITOR’S PICKS
Ain Dubai will open with fireworks, live music and a drone show
READ MORE
Incredible Aura SkyPool to open in Palm Tower this November
READ MORE
Brit Grand Slam hero Emma Raducanu confirmed for Mubadala Tennis
READ MORE
What’s On Nightlife Awards 2021: Here are the nominees...
READ MORE
MOST POPULAR
Free parking announced in Dubai on Thursday, October 21
Atlantis the Palm's Culinary Month is back with some amazing restaurants
7 fun spots to celebrate Halloween in Dubai with the family
The best places to watch the spectacular Ain Dubai fireworks show
This brunch serves up delicious Arabic dishes and non-stop captivating entertainment
YOU SHOULD CHECK OUT
Our website uses cookies and other similar technologies to improve our site and your online experience. By continuing to use our website you consent to cookies being used. Read our privacy policy here.