5 fresh fitness classes and running clubs to try in Dubai

There’s no need to stagnate over summer…

Ready to witness the fitness but keen to mix it up?

From a new Crossfit community to hands-on self-defence classes, here are four new fitness classes to try in Dubai, as well a cool running club to keep you moving… 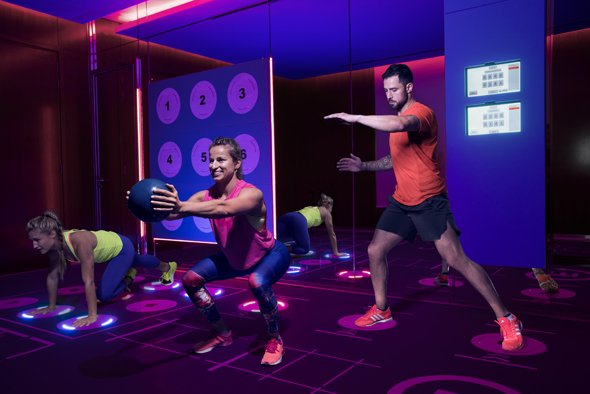 In a nutshell: A fun, high-intensity circuit in a playground-like studio.

The lowdown: With its flashing lights, hopscotch-style gridlines on the floor, and something that resembles a giant noughts and crosses board, the Prama By Pavigym studio resembles a high-tech playroom. But the high-intensity interval workout is definitely not child’s play.

In this circuit-based class, the star player is the room itself. The lights on the floor and walls are controlled by Prama software and there’s a giant screen that counts down your 45-second intervals. Most of the time you’re actually training against the computer, as the software changes the tempo and sensors and tracks your effort. What seems like an easy children’s game of “follow the moving light” becomes an all-out sweat session. Push ups become an interactive game where we have to stomp on a light sensor intermittently, the length of our shuttle runs are chosen by the computer, and we’re forced into actually executing a mountain climber properly because the lights won’t change unless we stomp on them properly.

We rotate around about a dozen fairly straightforward exercises, with three rounds of each, before collapsing on the floor.

The verdict: While the session time is 45 minutes, we estimate we probably worked out for well under half of that – yet we feel the same as if we’d been on an hour-long run. Hey, if we can get all our exercising done in 20 minutes, we’re more than happy having a computer tell us what to do. 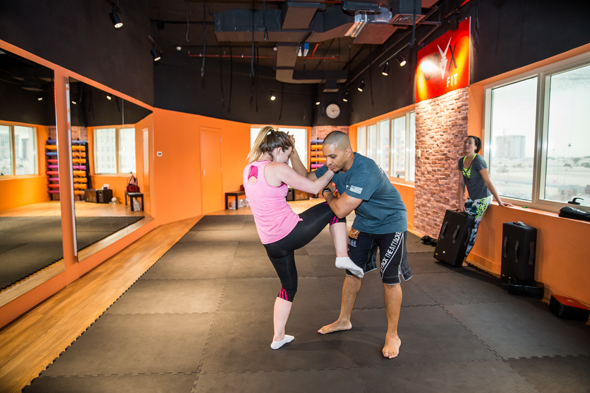 In a nutshell: A hands-on self-defence class at the first studio in Dubai to be licensed to teach Krav Maga.

The lowdown: Ever wanted to punch, kick, slap or even throttle your trainer mid-workout? So have we, and we’ve found a workout where that’s encouraged. Oryx Fit is the first studio in Dubai to be licensed to teach Krav Maga, a contact combat self-defence system that sources its techniques from aikido, judo, muay thai, boxing and wrestling.

Personal trainer Ahmed Ateek will simulate a number of (quite scary and realistic) exercises in which you might find yourself having your purse wrenched from your hands, and will teach you how exactly to defend yourself. Ateek has been doing this for close to 11 years, and bears the scars of classes past. We practise in pairs and learn straightforward methods to get out of any untoward scenario. Ateek has been known to get so involved in making the classes as realistic as possible, he once brought in an electric knife as a prop.

The verdict: Ateek stresses that it’s just as much about knowledge as it is about a good workout, though after an hour we exit the gym with a smile and a forehead glistening with sweat – it’s not every day you get to inflict pain on your personal trainer. 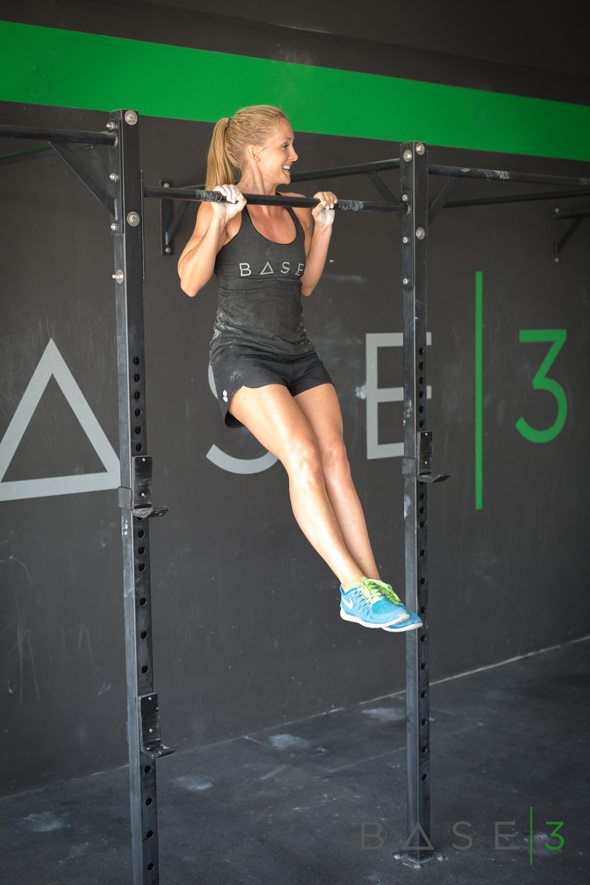 In a nutshell: Strength, conditioning, mobility – train them all in this community-led, family-run gym.

The lowdown: In Dubai it can be intimidating to step into a CrossFit gym – the loud music, über-buff clientele and technical jargon can make a nervous newbie want to turn on their heels rather than face the ‘WOD’ (workout of the day).

Fortunately, Base3, a CrossFit affiliated gym feels welcoming as soon as we step in. The gym is a family affair started by husband and wife Craig and Emily, and there’s a real community feel
to the place.

We opted for the conditioning class, designed to build strength and increase cardiovascular health at the same time with high-intensity circuits built around body weight exercises – think pull-ups, ring rows and burpees. So many burpees. Our instructor Craig was encouraging and kept checking in on the newbies, even when all we could offer in response was a wheezy thumbs up. Finishing the hour with sled pushes was a particularly tough segment. But it goes quickly, and once you’ve worked out, it’s the kind of gym where you want to hang out and chat afterwards. Other classes on offer include a ladies only session, and personal training programmes are available too.

The verdict: Great classes, knowledgable instructors and a strong community could be the motivation you need to crush your fitness goals. 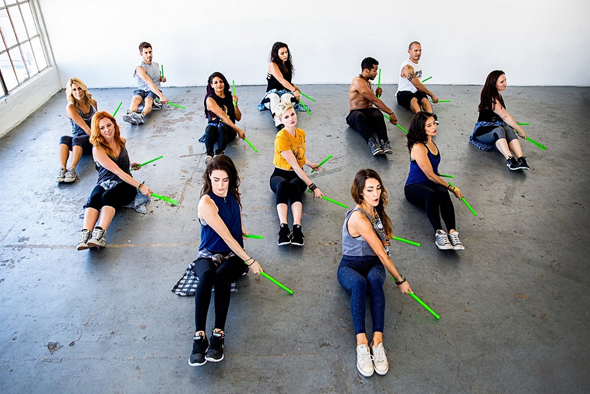 In a nutshell: A group fitness class inspired by drumming. Yes, the kind where you’re usually supposed to be in a band to partake.

The lowdown: We’ve always liked the idea of being a drummer. Tommy Lee. Dave Grohl. Ringo Starr; those guys always seem to be having the most fun in the band. So when we heard American fitness revolution Pound Fit was taking up residence in the Burj Club, we could see our name in lights already.

Alas, there’s no wowing the audience with fancy showmanship and drumstick twirling here, just a lot of whacking the floor and the air, as you move between cardio, conditioning and strength training. However, the one obstacle holding us back from a future full of the bright lights of a garage jamming session (yes, the only thing) was the lack of audible direction from
our instructor.

Often, we were left craning our ears for a beat change to guess when to change moves – and I don’t know about you, but we find T-Pain hard to understand at the best of times. An hour of energetic whacking later, we strolled confidently out of the studio with a mild sheen of sweat on our forehead.

The verdict: Our next-day self doesn’t feel as smug though, for we are now semi crippled – almost 45 minutes of pure squat did actually get the better of us. Flick the instructor’s mic up a notch and sort out a few teething issues, and we think this class will hit its stride in
no time.

Plus 1 running club to try…

How to keep inspired this summer… 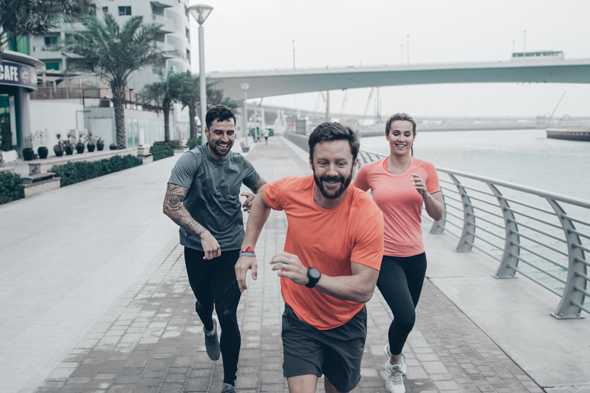 Part of a global running movement, this club does a mixture of distance running, speed work and interval training at locations all around the city, including Dubai Marina and Kite Beach. All sessions are free and they even do sunrise yoga for runners as well as women’s only run sessions.

News
Sport & Fitness
Workouts
EDITOR’S PICKS
Ramadan in Dubai: 48 iftars to try
READ MORE
Where can Dubai residents travel? Check out these 14 destinations
READ MORE
Rumours, facts and reveals: New Abu Dhabi bars and restaurants
READ MORE
UAE announces reduced working hours for Ramadan 2021
READ MORE
MOST POPULAR
UAE: Strict restrictions may soon be in place for those who aren't vaccinated
Review: Rainforest camping at The Green Planet Dubai
The rules for children wearing face masks have been updated in UAE
Etihad sale: Surprise gift boxes and a chance to win 50 times your airfare
Break your fast in style at W Dubai - The Palm this Ramadan
YOU SHOULD CHECK OUT
Our website uses cookies and other similar technologies to improve our site and your online experience. By continuing to use our website you consent to cookies being used. Read our privacy policy here.