‘Friends of the Police’ will come complete with prizes, certificates and the opportunity to visit the police department.

Are Dubai Police the most fun force ever?

First, they introduce Robocop, the worlds first operational robot policeman. Then, they revealed an enormous smiley face as their next recruit, to help create more positive and happy vibes. And now Dubai Police are set to launch a one-of-a-kind e-game, ‘Friends of the Police’.

The educational game, which will be launched as an app, aims to raise awareness of crime and make people aware of potential risk reports the Khaleej Times. 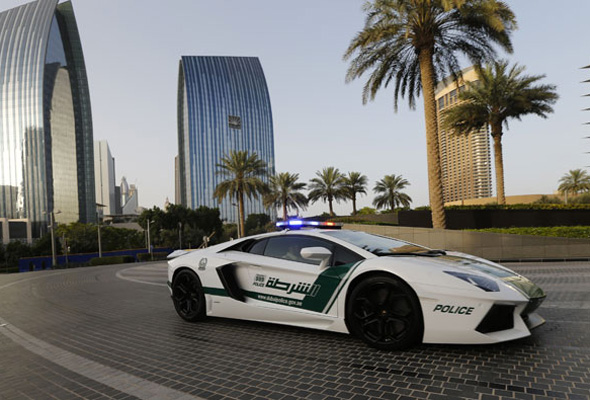 According to Sheikha Al Abdouli, head of the awareness section at the anti-crime department, the game will centre around a group of friends who can play together to catch a criminal. The friends will encounter several sets of questions that tests their awareness regarding traffic rules and city regulations. The more they follow the rules and instructions, the more points they score, which helps them eventually win.

‘Friends of the Police’ aims to engage with young people by creating an opportunity for the community to interact with Dubai police. The game is also a way to educate and entertain young people while developing a sense of security among them. It’s the first game of its kind to be introduced by a police force.

And playing the game can even lead to some pretty impressive real-life prizes. Prizes, participation certificates and even visits to the police department are all up for grabs for players.

Although no date has been given for its launch, we’ll let you know as soon as it’s announced.

News
Tech
EDITOR’S PICKS
Ain Dubai will open with fireworks, live music and a drone show
READ MORE
Incredible Aura SkyPool to open in Palm Tower this November
READ MORE
Brit Grand Slam hero Emma Raducanu confirmed for Mubadala Tennis
READ MORE
What’s On Nightlife Awards 2021: Here are the nominees...
READ MORE
MOST POPULAR
UAE Famous: In talks with Ramie Murray, the laidback oysterman
Culture guide: Art exhibitions, performances and more to check out from Oct 21 to 23
12 brilliant things to do in Dubai for the long weekend: Oct 21 to 23
Download the first ever Lonely Planet culinary guide to Abu Dhabi, free
The Cheeky Camel is JLT's newest neighbourhood restaurant
YOU SHOULD CHECK OUT
Our website uses cookies and other similar technologies to improve our site and your online experience. By continuing to use our website you consent to cookies being used. Read our privacy policy here.