Petrolheads take note, a new centre specialising in the inspection of modified vehicles has just opened in the capital.

Located at Yas Marina Circuit, the centre’s aim is to make sure that all modified vehicles are safe to drive on public roads.

Why is this a big deal? Well, up until now there has not been any official oversite or regulations for car enthusiasts to follow should they be looking to modify their car or motorcycle outside of the standard manufacturer setup.

The new regulations are a joint venture between the UAE Ministry of Interior, Yas Marina Circuit, Automobile and Touring Club UAE, and the Emirates Authority for Standardisation and Metrology. 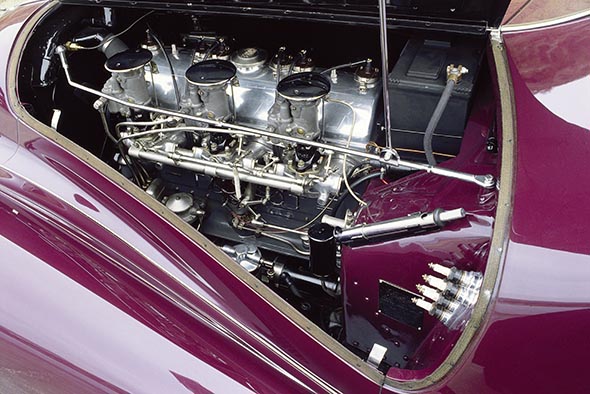 Speaking at a signing ceremony for the centre on Tuesday, Tarek Al Ameri, chief executive officer of Yas Marina Circuit said, “We hope that this will be a [positive] development for the community; drivers can now modify their cars and make sure their modifications are safe,”

He went on to explain that those looking to modify their vehicles will need to bring them to the centre for an inspection and upon getting the green light that all modifications are up to code, a certificate of roadworthiness will be issued.

This will come as a huge weight off the shoulders of modified car owners who currently live in a bit of a grey area when it comes to the legality of their vehicles, finally giving them the chance to put themselves on the right side of the law.

Transport
EDITOR’S PICKS
What’s On Nightlife Awards 2021: Here are the nominees...
READ MORE
It's back! What's On Lock In returns to Media One Hotel
READ MORE
Arts and culture: 5 spots we can't wait to visit at Expo 2020 Dubai
READ MORE
UAE petrol prices are set to decrease in September 2021
READ MORE
MOST POPULAR
Pics of the week: Your best photos of the UAE
How to use Playkey.me, the region's first supercharged cloud gaming service
The Mai Dubai half marathon is back in October
Exhibitions, workshops and more to experience at Sharjah Art Foundation
New Irish pub McCafferty's opens second venue in Dubai
YOU SHOULD CHECK OUT
Our website uses cookies and other similar technologies to improve our site and your online experience. By continuing to use our website you consent to cookies being used. Read our privacy policy here.