Table for one: Why hasn't Dubai embraced solo diners?

In the city of brunches, eating out alone can be awkward.

OPINION: My name is Siobhan and I’m a proud solo diner. As in, I don’t mind walking into a restaurant by myself and requesting a table for one.

Admittedly, it’s taken me a while to feel comfortable with this. But in most places I’ve lived and travelled, solo dining isn’t a big deal. In Hong Kong, where space is at a premium, you’ll often find yourself sharing a table with strangers. And Japan has mastered the art of eating alone, with its solitary noodle booths and conveyor belt sushi bars.

But Dubai is one of the most difficult environments for solo diners I have encountered.

I recently rocked up to a casual Indian restaurant and requested a table. With a perceptible note of suspicion, the waiter at the door asked: “Are you alone today?” Erm, yes.

He seated me at a table for four. A different waiter came along. “Will anyone be joining you?” Erm, no. The three extra sets of cutlery were swiftly cleared away.

Despite feeling slightly awkward at my huge empty table, I enjoyed the meal, until it was time to pay. The waiter handed me the restaurant’s takeaway menu. “We do home delivery, so you know for next time,” he said.

I realise he was probably just trying to be helpful. But it made me feel like the word “LONER” was tattooed on my forehead in letters the size of the Burj Khalifa.

Ok, I know Dubai is the land of delivery, and on many occasions I relish being able to order a three-course meal from the comfort of my couch.

But there are also times when I enjoy going out, sitting in an actual restaurant and people-watching, and not feeling like the dining equivalent of Quasimodo, banished to his JBR tower.

Here’s the problem: Many Dubai eateries simply aren’t set up to deal with solo diners.

Survey the next restaurant you visit – you’ll likely notice a lack of smaller tables, or counter seating – basically anything to make solo diners feel a little less conspicuous (that doesn’t mean hiding us away in the back of the restaurant near the bathrooms, either – that’s happened to me more than a few times).

Why? Dubai food writer Food Sheikh thinks it’s to do with the city’s unique cultural make-up. For many Dubai residents, eating together as a community or family is an important ritual.

“In my opinion, Dubai does not have a ‘culture’ of solo eating – in fact it very much has a sharing culture when it comes to food,” he says. 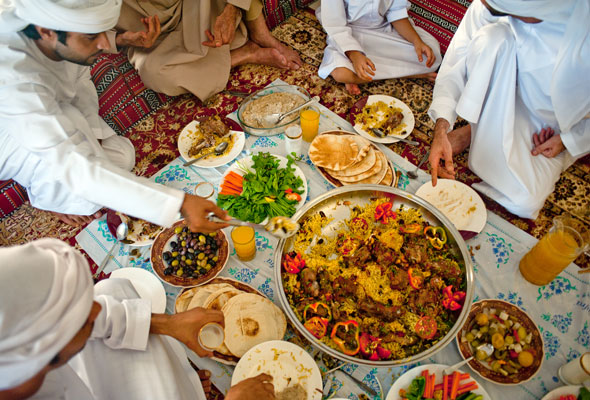 The thing is though, more people than ever are eating alone. A recent study found that 30 per cent of European restaurant visits in 2016 were made by solo diners. Dubai is full of singles – like solo business travellers, or new expats who might not know many people yet (hi guys!).

Restaurants here should be encouraging these people to come out from their hotel rooms and apartments by creating more welcoming environments for solo diners.

And no, thank you – we don’t need your takeaway menus.

“If you are going to eat solo it should be done in busy, high turnover restaurants – not in a fine dining, white tablecloth type of restaurant. Those are awkward when you are by yourself. People just think you’ve been stood up by a date. Wagamama is perfect. Or Vapiano or The Daily at Rove hotels. And take a book – it makes you look like you’ve chosen to eat by yourself.”

For the record, we also like Din Tai Fung in Mall of the Emirates and Zaroob (various branches across Dubai) – the ordering systems are super quick which means you’re not waiting for ages for your food to arrive – and Circle Cafe in Media City, where the friendly staff and casual atmosphere make it the perfect spot for eating alone.

Eat & Drink
Restaurants
EDITOR’S PICKS
UAE holiday dates announced for Eid Al Adha
READ MORE
Another update: Emirates extends suspension of flights from India to UAE
READ MORE
Coming soon: Everything we know about Ain Dubai so far
READ MORE
Khorfakkan set to open new tourist attraction 580 metres above sea level
READ MORE
MOST POPULAR
Another update: Emirates extends suspension of flights from India to UAE
So, when is the next UAE public holiday in 2021?
Sign your kids up for a five-day theatre camp at The Junction this summer
Pics of the week: Your best photos of the UAE
New films to watch in cinemas this week: July 22 to 28
YOU SHOULD CHECK OUT
Our website uses cookies and other similar technologies to improve our site and your online experience. By continuing to use our website you consent to cookies being used. Read our privacy policy here.