The UAE has twice as many men as women, new stats reveal

The UAE’s population reached 9,121,167 last year, with men making up 69 per cent of that number, according to new government figures.

The Federal Competitiveness and Statistics Authority has released its statistics for the year to December 31, 2016, based on administrative records.

According to an official statement, the UAE is among the first countries in the region to reveal its population count using administrative data.

ALSO READ:
Maternity leave will increase for many workers in Dubai from March
12 facts that show how Emirati women are empowered

“Since the inception of the FCSA, one of our strategic objectives has always been to spare no effort in evolving and modernising the statistical ecosystem in the United Arab Emirates in accordance with best and most advanced global standards and best practices,” said Abdulla Nasser Lootah, the authority’s director-general.

“And thanks to the successful collaboration and support of our national partners and stakeholders in the UAE, we can now unveil the most up-to-date UAE population figures for the year 2016.”

He added they would now be able to update the official population count every year.

WOMEN IN THE UAE… 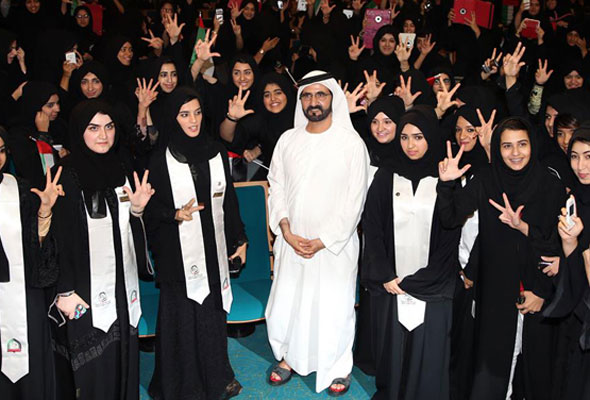 The UAE has taken a number of steps to enhance the role of women in society.

It has its own Gender Balance Council, a federal entity which was established two years ago under the directive of HH Sheikh Mohammed bin Rashid Al Maktoum, vice president of the UAE and ruler of Dubai.

Led by HH Sheikha Manal bint Mohammed bin Rashid Al Maktoum, the council aims to reduce the gender gap in all national sectors, provide equal opportunities for men and women to participate in the sustainable development of the UAE, and promote the UAE’s position in international reports on gender balance.

This year, it was confirmed that paid maternity leave for all UAE government employees would be extended to three months.

Sheikh Mohammed has set a goal for the UAE to become one of the world’s top 25 countries for gender equality by 2021.