This mysterious JBR restaurant is now open - and it looks amazing

La Boheme Magic has opened its doors and it looks to be an extravagant, meat-lover’s paradise.

It’s the first of two new restaurants to open in one of JBR’s grandest buildings, and after much anticipation La Boheme Magic is now open.

Located opposite the Amwaj building, JBR, the building boasts a gold and green exterior, with sides draped in ivy and an extravagant garden, complete with water features, statues and a manicured garden that wouldn’t look out of place in Alice In Wonderland. 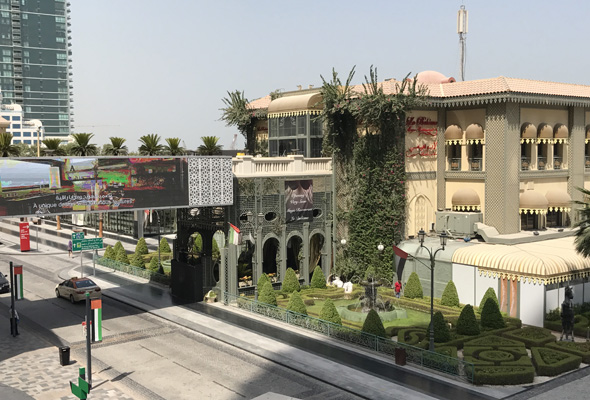 La Boheme Magic, located on the first floor of the building, is described as a ‘premium grill’ with ‘spectatular hand-crafted interiors’. And spectacular they are.

A larger-than-life kaleidoscope colour chandelier hangs in the centre of the dining room, while a dark purple and gold colour scheme runs throughout the rest of the space. 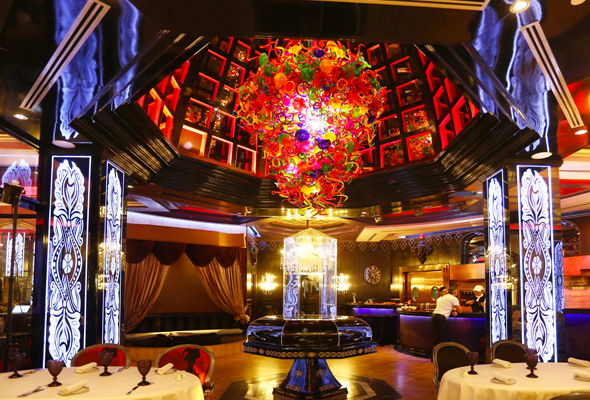 As well as the main space, there’s a private dining room which seat up to 10, a glass-walled shisha room where diners can eat, and a corner bar encouraging a pre-dinner aperitif.

“We source our products from around the world, including specialty game-meat, straight from the ranches to the tables, offering dishes that are not available anywhere else in Dubai,” explained the management team. 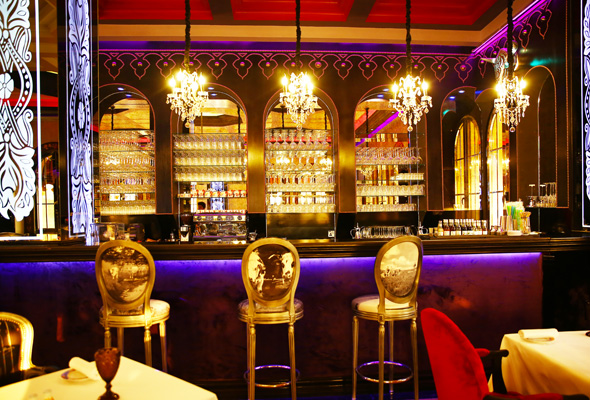 As well as the a la carte menu, an all-you-can-eat option is also available. The aptly-titled ‘La Boheme court of the kings menu’ invites guests to enjoy six starters, two sides and either five meat cuts for Dhs220, or 9 meat cuts (served from 5pm) for Dhs295. 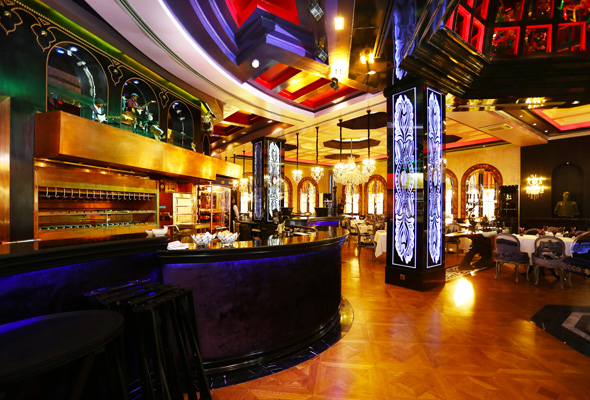 But it’s not just about the food and extravagant decor – a curtained stage teases that live entertainment such as jazz and piano, will also be part of the La Boheme furniture.

The unlicensed spot is now open daily from 12pm to 1am.

Eat & Drink
Restaurants
EDITOR’S PICKS
Ain Dubai will open with fireworks, live music and a drone show
READ MORE
Incredible Aura SkyPool to open in Palm Tower this November
READ MORE
Brit Grand Slam hero Emma Raducanu confirmed for Mubadala Tennis
READ MORE
What’s On Nightlife Awards 2021: Here are the nominees...
READ MORE
MOST POPULAR
Free parking announced in Dubai on Thursday, October 21
Atlantis the Palm's Culinary Month is back with some amazing restaurants
7 fun spots to celebrate Halloween in Dubai with the family
The best places to watch the spectacular Ain Dubai fireworks show
This brunch serves up delicious Arabic dishes and non-stop captivating entertainment
YOU SHOULD CHECK OUT
Our website uses cookies and other similar technologies to improve our site and your online experience. By continuing to use our website you consent to cookies being used. Read our privacy policy here.