So what is that huge new development in Jumeirah 1?

The new beachfront spot in Jumeirah will feature shops, restaurants and rollercoasters, and it’s absolutely massive…

Anyone who’s driven down Jumeirah road in Jumeirah 1 will have noticed La Mer (the development appearing along the beach from Mercato to Village Mall).

What is it? Well it’s going to be an absolutely huge retail, residential and entertainment area (from the same developer behind The Beach opposite JBR), and while all of the details haven’t been revealed yet, here’s what we know about it so far…

The destination will be spread across 9.5 million square-feet (to put that into perspective, The Beach is 300,000 square feet).

It’s the latest development by Meraas, the holding company behind Last Exit, Box Park and City Walk. And as you drive along Jumeirah Beach Road you can see that it’s really close to being finished.

Here’s where it is in case you weren’t sure (it basically runs along the oceanfront of the whole of Jumeirah 1 and 2): 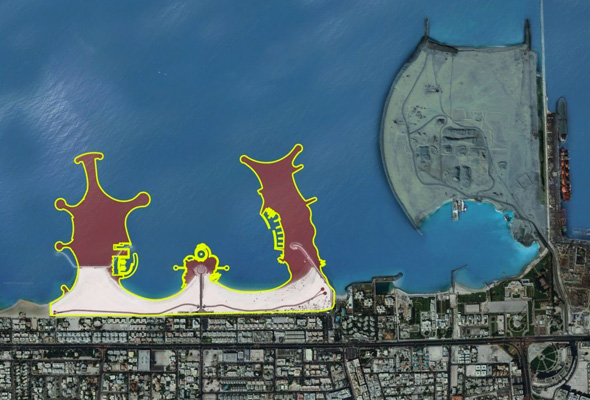 The La Mer development was first announced back in 2014, and in September last year the project was unveiled at Cityscape Global. The miniature model showed how the new area will be split into four distinct zones; the beach, an entertainment hub and then a north and south island.

La Mer by #Meraas will have a mix of #residential, #retail & #leisure properties. Learn more at #CityscapeGlobal. pic.twitter.com/whItKr7JXD

From the pictures we’ve seen so far, we can expect waterfront villas on the two residential islands, a fairground-style entertainment hub and a host of shops and restaurants. According to the Meraas website, the existing beaches will be redeveloped and there will be a big focus on sports and leisure. Expect beach sports, skate boarding and an outside gymnasium.

We’ve rounded up a first-look guide to what you’ll find at La Mer (which should be open for business next year).

Here’s what we know so far 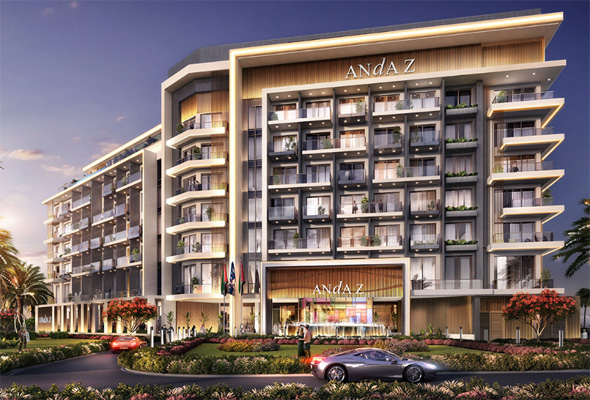 We only know of one hotel within the development: the 160-room, five-star boutique hotel will be the first Andaz hotel in the region: the Hyatt-run brand already has hotels in London, Delhi, Costa Rica, New York, Tokyo and more.

There will be dozens and dozens of new spots, but here are some of the outlets that we know will be there (from what we’ve heard, some restaurants will open in November, while others say they’ll be ready to roll in 2018)…

Seaspice: This waterfront dining experience is an import from Miami: think seafood and a lively atmosphere. If it’s anything like its American counterpart, we expect it will draw in a fairly glamorous crowd.

Masti: We don’t know much about this place yet, but it’s saying it will serve the flavours of ‘New India’ and that its focus is ‘Cocktails and Cuisine’ (two things that we definitely like).

AcaiXpress: With two branches in Abu Dhabi, this will be the first AcaiXpress to come to Dubai. The healthy food cafe serves up dishes dedicated to the Acai fruit, with an all-day menu of sweet and savoury items and a focus on juices, mocktails and smoothies.

SLAB: Slab is a home-grown sandwich brand with a gourmet twist. If you’re a fan of posh sandwiches, you’ll love this – expect some Arabic flavours too.

Booba: This Japanese bubble-tea franchise already has locations in JLT and Dubai Mall, but they’ve confirmed to us that they will also be opening in the La Mer development (they’re hoping to be running by this November). Booba serves a collection of coffees and a small selection of sweet treats alongside its signature fruit, milk and yoghurt bubble teas.

CAU: CAU, which stands for Carne Argentina Unica, is an Argentinian steakhouse that claims to bring the ‘spirit of Buenos Aires’ to its diners. With a focus on Argentinian, Spanish and Italian comfort food, the majority of its locations are in the UK (but the first one was in Buenos Aires). The UK venues offer a brunch and Sunday roast option, so we can hopefully expect the same when it lands in Dubai.

Butcha: The Meraas-owned steakhouse and grill already has two locations in City Walk and The Beach, JBR. The unlicensed concept specialises in butcher’s quality cuts and aged meat cooked to order.

Levee: Described as an all-day cafe and dining eatery, Levee will have a waterfront location within the development.

Bareburger: You’ll also find an outlet of this health-conscious burger chain there too.

We’ve also heard that SALT, Smoky Beach, Starbucks Reserve and P.F. Changs will also be opening within the development. 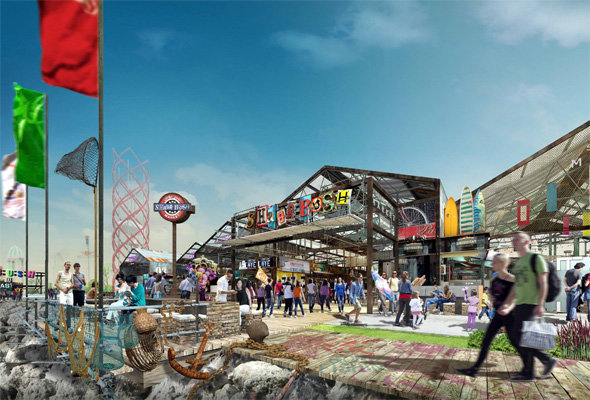 When the model of the development was revealed at Cityscape last year, there was a clear entertainment section in the centre of the development. The grand plans for La Mer showed a fairground-style zone with rollercoasters and rides, a water park and even a pirate ship. While we’re still not sure exactly what this will all look like, industry reports suggest it will be 2018 before the water park is welcoming visitors.

There will also be a market in the entertainment hub called Shabrbush. With a look not dissimilar to many European markets, the logo is reminiscent of the familiar London underground sign, and there’s an urban, industrial feel to the market stalls and mis-matched decor.

There will be residential properties on both the North and South islands, which will include both villas and apartments. Villa plots on the South island are available for sale now, and it’s advertised that potential buyers can design their own two-storey beachfront home. A handover date is advertised as Q2 2018, and prices start from Dhs800 per square foot for plots ranging from 7,250 to 23,967 square foot.

We’ll let you know as we find out more about this exciting addition to the city!