Art aficionados, you don’t have much longer to wait…

The wait is finally over, at an event this morning on Sadiyaat Island it was announced that the UAE branch of the historic art gallery will be officially opening its doors to the public on Saturday November 11 2017. 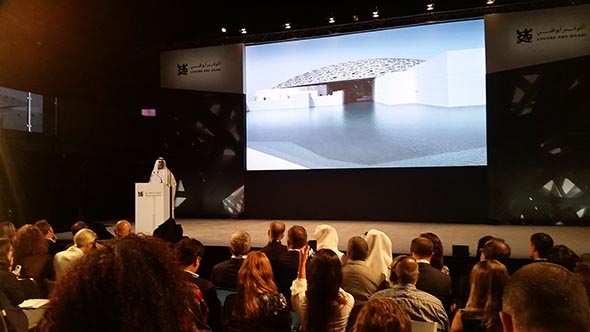 Upwards of 600 pieces will be on display once the gallery opens – no word yet on what specific exhibitions will be on show, but the pictures we snapped below at the announcement give us some idea. 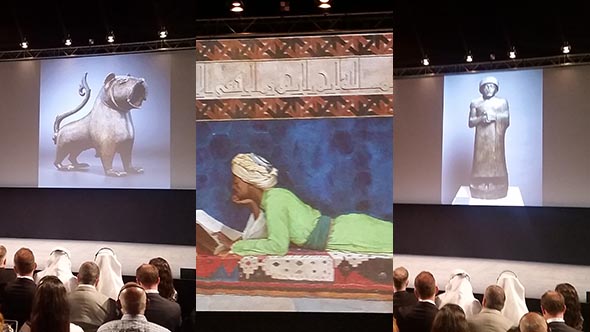 Pouille tweeted some photos of the under-construction museum following his private tour, noting that he was “amazed by progress made by great teams working 24/7”.

Amazed by progress made by great teams working 24/7 on the @LouvreAbuDhabi 1st Universal Museum of the Century! Opening soon! @FranceEmirats pic.twitter.com/1FF4HM1tIU

The ambassador’s images show the museum’s 7,000-tonne dome, which will be home to many of the museum’s gallery spaces. They also reveal the Louvre’s concrete beach, where the steps have been designed to provide a public gathering space. 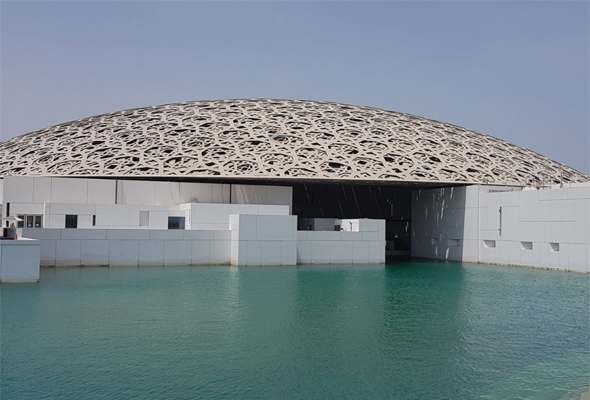 Here’s a shot of the incredible canopy that covers the dome, creating a “rain of light” on the walls: 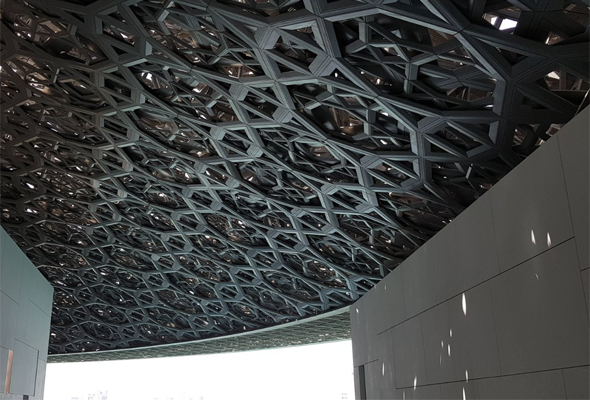 Inside, we can see the museum’s spacious temporary exhibition hall, which will accommodate travelling shows and exhibits. 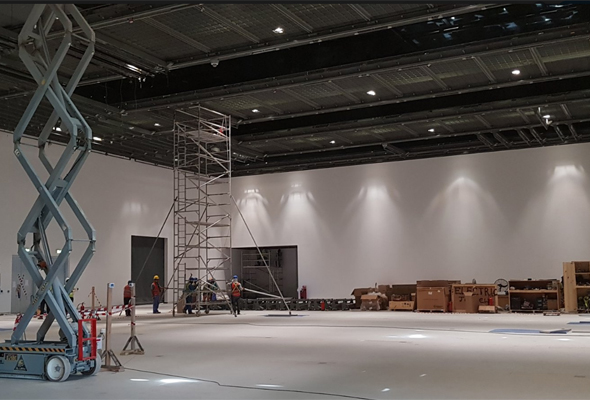 Work on the iconic art museum, designed by French architect Jean Nouvel, officially started in 2009. The impressive structure is located within the Saadiyat Island Cultural District, and has been designed to appear as though it is floating on the Arabian Gulf.

The museum’s permanent collection will feature more than 600 artworks from different cultures and periods, and there will be 300 masterpieces on loan from 13 French galleries that will rotate throughout the year.

When open on November 11, the Saadiyat Cultural District is set to become a global cultural hub, home to the Louvre, Zayed National Museum, and Guggenheim Abu Dhabi.