The Louvre isn't the only new opening coming to Abu Dhabi

The capital is set for some big changes over the next few years, with new malls, theme parks and beach clubs opening their doors. Here’s our pick of the best 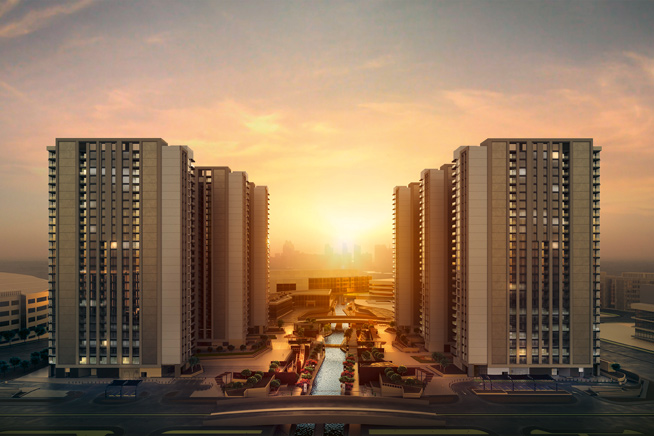 When’s it opening? 2018
Reem Island is getting its own park – and it’s a biggie. The outdoor space, which will cost a whopping Dhs250 million to make, will cover an area of 1,000,000 square feet and feature a mosque for 2,000 worshippers, restaurants, shops, a skate park, play area for kids and what developers Aldar have described as ‘interactive water features’.
aldar.com 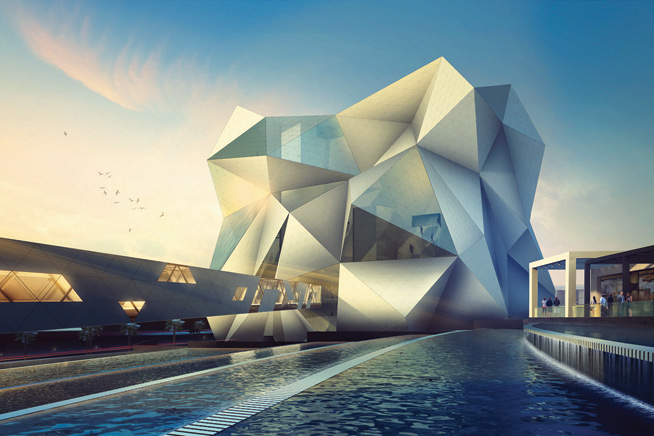 When’s it opening? 2018
CLYMB is for those of you who love to, surprise surprise, climb and two of the attractions inside this Dhs367 million indoor development will break world records. It’ll feature not only the world’s largest flight chamber, but the world’s tallest indoor climbing wall as well. The flight chamber spans 9.75 metres, making it the widest in the world. The indoor climbing wall is also a record-breaker, standing at a height of 43 metres. CLYMB will also be linked to Yas Mall.
miral.ae 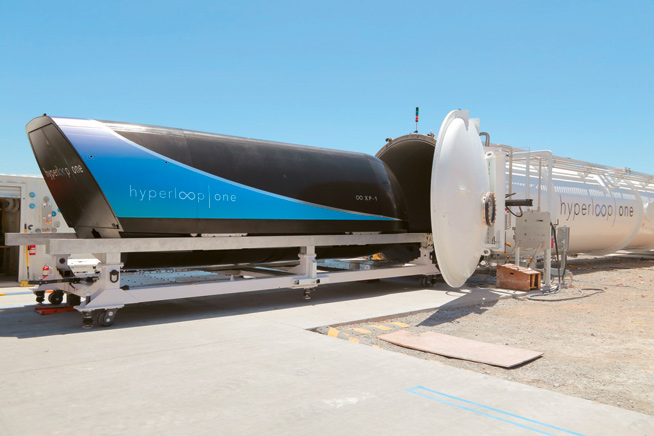 LA-based company Hyperloop One is planning to introduce the world’s first Hyperloop system between Dubai and Abu Dhabi, which would see passengers travelling between the emirates at 1,200kph. The Hyperloop will likely consist of small pods and will be on demand. The infrastructure will be made up of large tubes that run between destinations, and the pods will hover in these (they’d levitate). When will the dream become reality? There’s no date yet but if any country can make it a reality, it’s the UAE.
hyperloop-one.com 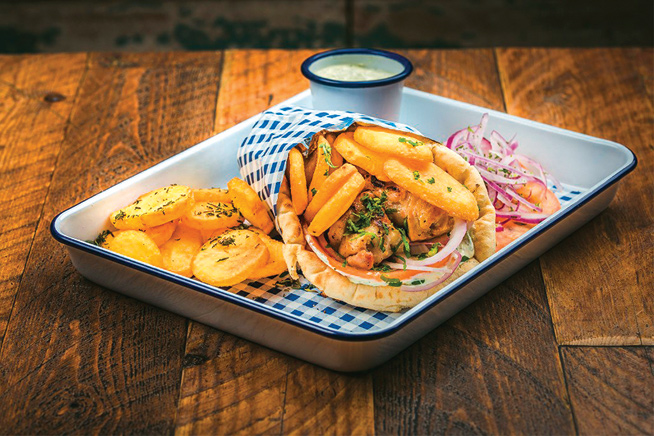 When’s it opening? Open now
There’s already a branch in Dubai, and now the capital has its own Eat Greek – and this one opened earlier this month. Expect classic Greek grub with a modern twist when you visit – the menu features Kadaifi jumbo prawns to start, and main courses soutzoukakia à la Grecque, Greek-style bifteki (meat stuffed with feta) and moussaka. Wines from Greece are also available.
thegalleria.ae 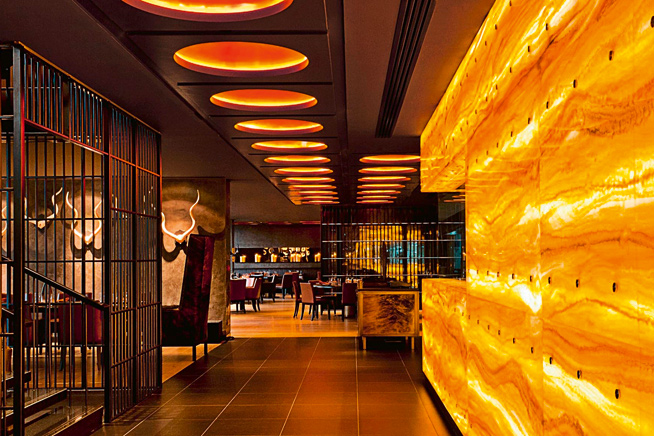 When’s it opening? Open now
The pan-Latino invasion of the capital continues. After Loca and Coya comes Toro Toro. Now open in Jumeirah At Etihad Towers, it’s another brand with an outlet already in Dubai. Expect ceviches, tiraditos, tacos, steaks, a churrasco and grill and a brunch deal, plus a ladies’ night.
torotoro-dubai.com 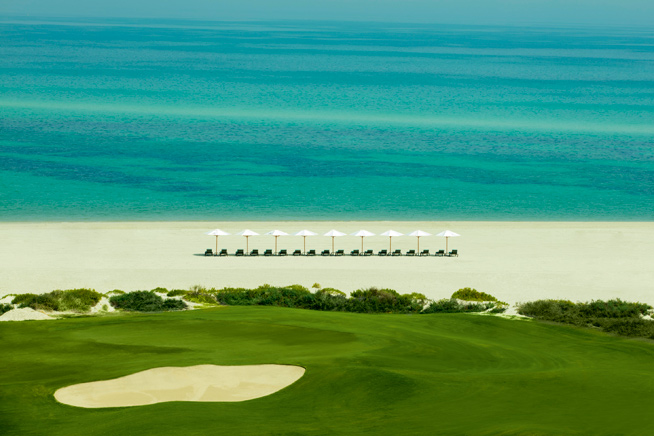 When’s it opening? 2017
Abu Dhabi already has a Barfly By Buddha-Bar at the Venetian Village, and now the international lounge brand is bringing its Buddha-Bar Beach concept to the capital. Expected to open later this year at The St Regis Saadiyat Island Resort, the day-to-night destination will be only the fourth of its kind in the world. “The exotic new concept will go beyond expectations, offering signature sounds and fabulous food in a stunning setting with world-class beach and pool facilities,” says Marwan Fadel, hotel manager at The St Regis. It’s set to open in the next few weeks.
buddhabar.com 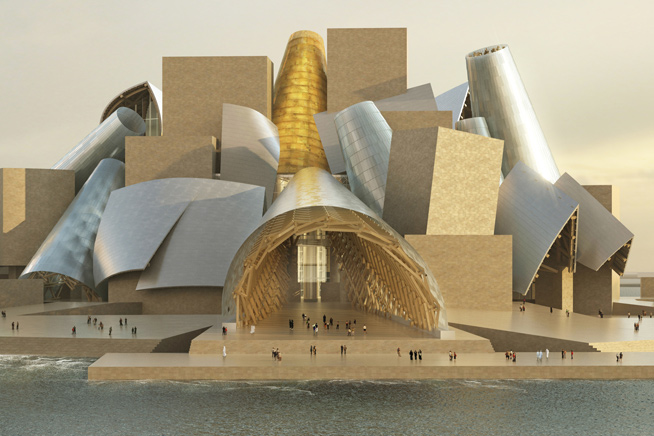 Courtesy of Gehry Partners© Gehry Partners LLP, images by ArteFactoryLab
When’s it opening? TBC
We’ve no opening date yet, but here’s what we do know about the Guggenheim. The unique architecture is the work of world-renowned designer Frank Gehry who has describe it as “intentionally messy”. As for the art it’ll display, Manarat Al Saadiyat held a sneak peak for much of the first half of 2017 with artists such as Emirati Mohammed Kazem, Japanese talents Shiraga Kazuo and Tanaka Atsuko, and German-Egyptian visual artist Susan Hefuna all displaying their works.
saadiyatculturaldistrict.ae 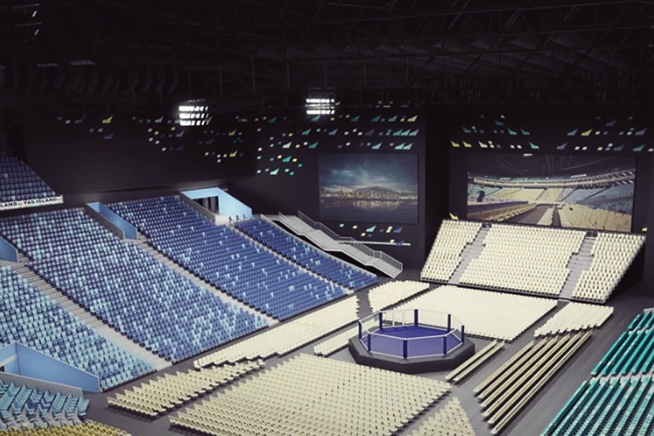 When’s it opening? 2019
In two years you’ll have a new venue to visit for live music. Yas Arena will have a capacity of 18,000 and Flash Entertainment will host gigs and sporting events inside it. It’s been designed to host a variety of events, from tennis tournaments to wrestling matches. It’s part of a huge project on Yas Island that will feature a promenade with 50 restaurants and cafés and 20 shops, plus Yas Bay, which will feature a beach club and two hotels, one of which will be a 900-room Hilton.
miral.ae 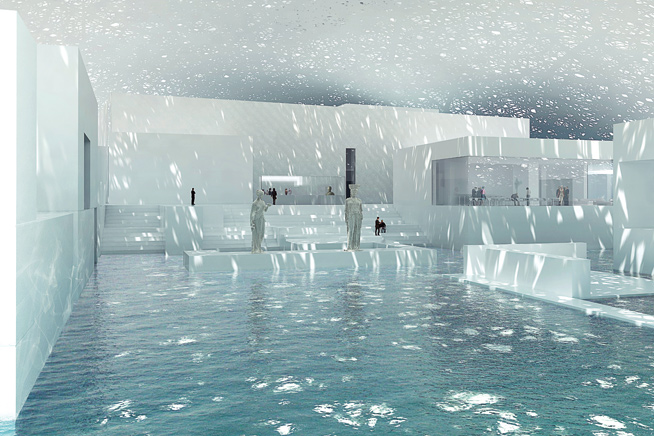 When’s it opening? November 11, 2017
Great news for art fans – we finally have an opening date for the Louvre. The museum has been built to represent an Arab medina, or city, and will feature 23 permanent galleries, temporary exhibition spaces, an auditorium, a children’s museum, restaurants and a retail centre. Guests will be able to marvel at the ‘rain of light’ interiors. Designed by architect Jean Nouvel, the 180-metre dome capping the space will allow the light and temperature inside to be controlled and features geometric designs that will help light to move across the space. The Louvre has commissioned two international artists – Giuseppe Penone and Jenny Holzer – to develop sculptures and installations that will be on display during the opening of the museum.
louvreabudhabi.ae 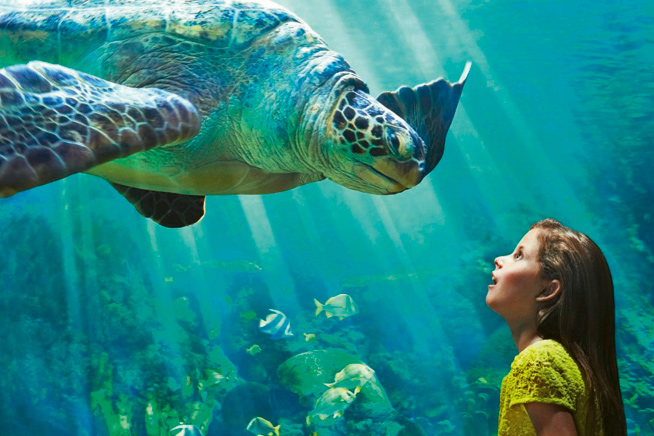 When’s it opening? 2022
The life aquatic arrives on Yas Island in 2022 – SeaWorld is being called a family destination that “engages, educates and inspires, combined with a dedicated research, rescue, rehabilitation and return facility that focuses on marine life care and conservation”. Wisely taking note of bad press received by other SeaWorlds, the capital’s park won’t feature orcas (or killer whales, as they’re more commonly known).
seaworldabudhabi.ae 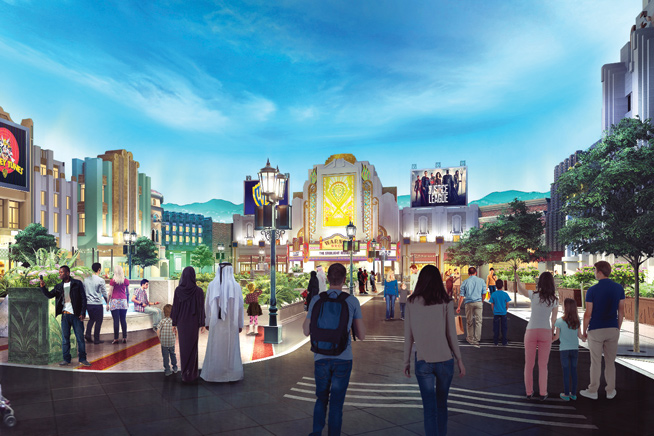 When’s it opening? 2018
Love the adrenaline rush of a theme park ride? You’ll be able to scream that you wanna go faster on 29 new attractions when Warner Bros World Abu Dhabi opens its doors in 2018. The park’s rides are inspired by classic Warner Bros characters such as Tom and Jerry, Scooby Doo and Bugs Bunny, plus superheroes and villains from the DC Universe, including Batman, Superman and Wonder Woman.
wbworld.ae 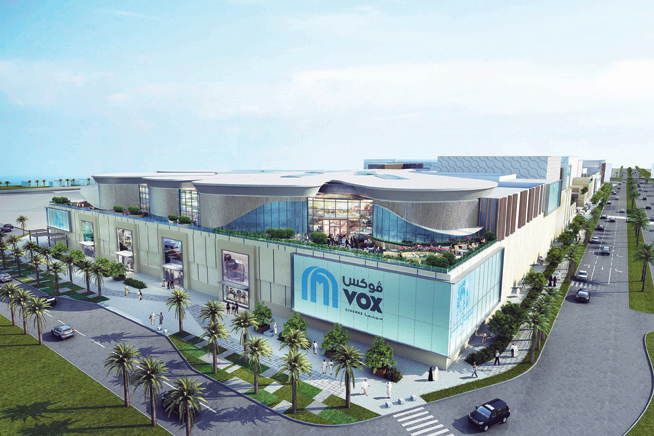 When’s it opening? 2021
City Centre Al Jazira will be the first City Centre-branded mall in Abu Dhabi and is a joint venture with one of our professional football teams, Al Jazira Sports And Cultural Club, and property developer Majid Al Futtaim. It’ll house 153 stores inside, a Carrefour Hypermarket, a 15-screen VOX Cinema, a Magic Planet centre to keep the kids entertained, plus a gym.
majidalfuttaim.com 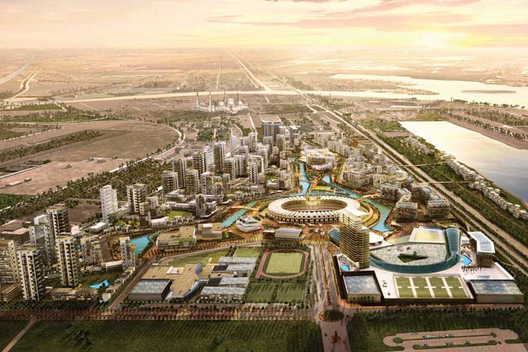 When’s it opening? TBC
Zayed Sports City is set to get its own mall, a waterfront, plus housing for another 30,000 residents. The plans will complement the existing facilities. The new area will be called Arzanah and there’ll be retail outlets, a bowling alley and ice rink. ZSC already has its own rink and ten-pin facility, but whether it will keep those has yet to be confirmed.
mubadala.com 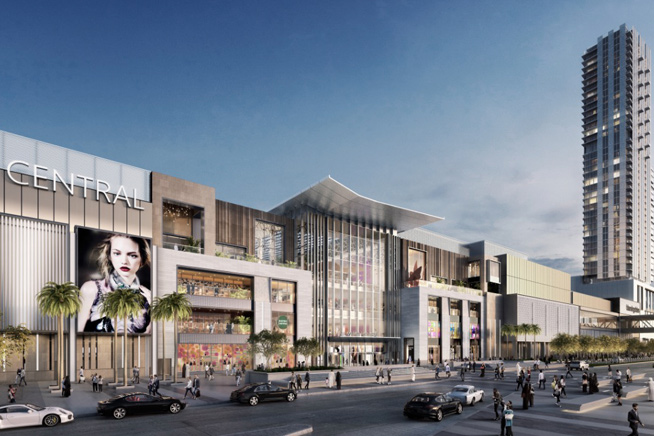 When’s it opening? 2018
Al Maryah’s new shopping centre is almost complete and will feature a 2.3 million square foot complex housing flagship stores Macy’s and Bloomingdale’s in addition to other outlets. The development will also include more than 90 dining options, a cinema, health club, outdoor ampitheatre and two towers featuring a five-star hotel and luxury residences.
almaryahcentral.ae 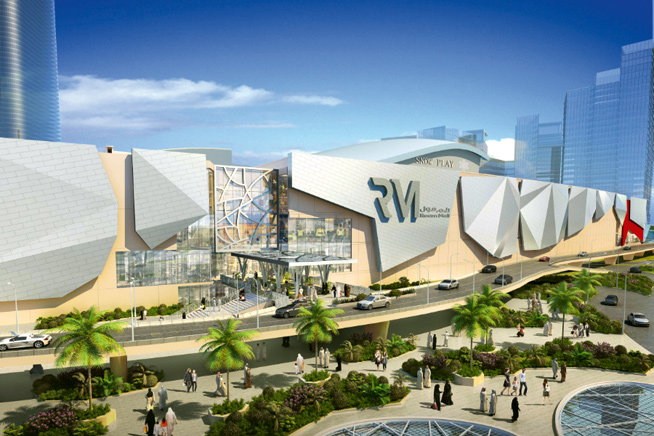 When’s it opening? 2020
Reem Island residents will be able to go zorbing, catch a movie, eat food created by a Michelin-star chef and play games all in one day when Reem Mall finally opens in 2020. The mall’s biggest attraction is likely to be Snow Park Abu Dhabi. The ski slope will cover an area of 125,000sqft and will feature family-friendly activities such as sledging, zorbing (those giant balls people roll around inside) and luges. Reem mall will also feature 450 stores, 85 of which will serve food and drinks. It’ll also be home to a Carrefour supermarket and a Vox cinema, home to Theatre By Rhodes.
reemmall.ae 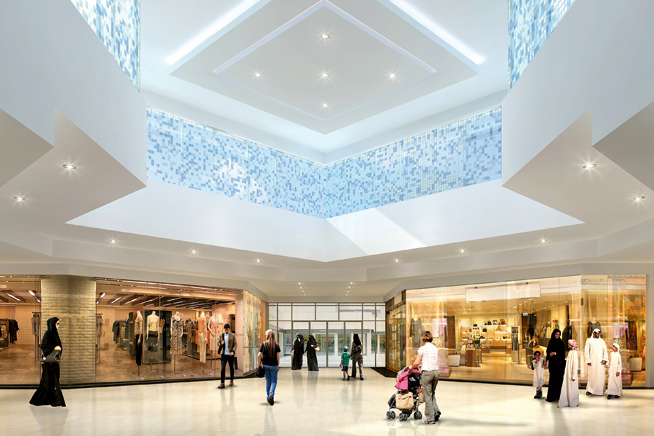 When’s it opening? 2018
Abu Dhabi’s eco-friendly city is getting an eco-friendly new mall that will include 60 retail outlets. In addition to the retail shops, there’ll also be a Magic Planet family entertainment centre, Carrefour Hypermarket, food and beverage outlets, as well as a City Centre Clinic providing healthcare services. The mall’s energy and water consumption will be 40 per cent lower than comparable buildings and will also include a shaded rooftop car park that features photovoltaic panels.
majidalfuttaim.com