Your guide to all the things you can do over the weekend in the nation’s capital, including workshops, deals, sports, entertainment and new openings.

Be scared witless by It

The new movie adaptation of the classic Stephen King novel starring a terrifying clown has opened to rave reviews. It’s in cinemas from today. 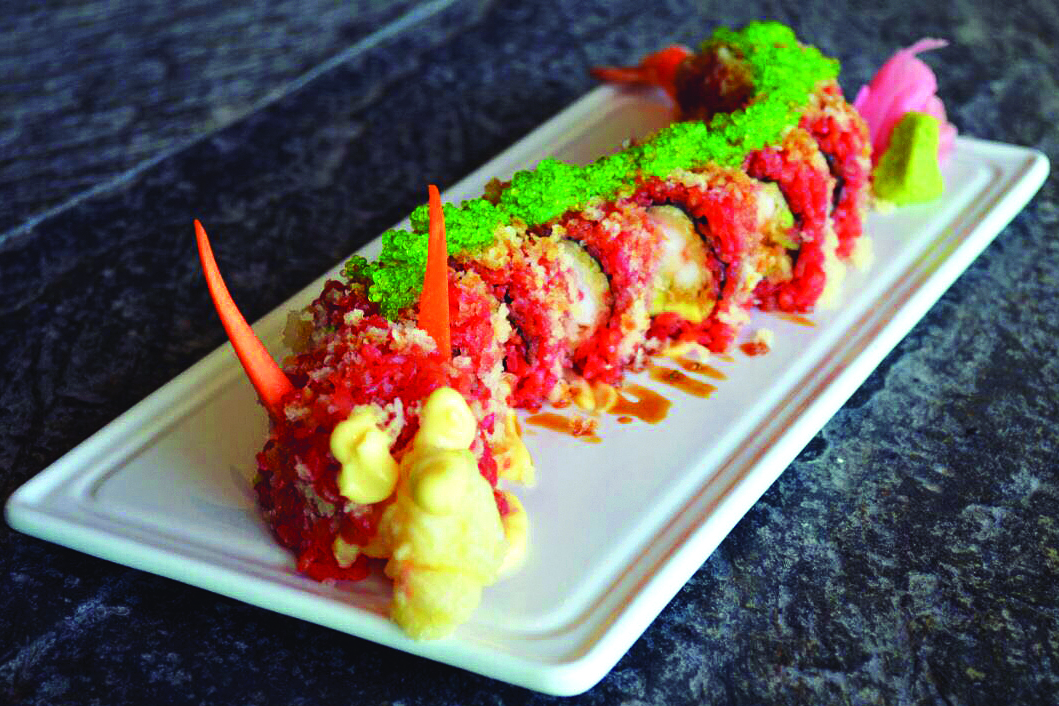 Aloft Abu Dhabi is giving away dragons, but not the kind you see on Game Of Thrones. If you and three mates book a table at the hotel’s rooftop lounge bar Twelve between 5pm and 8pm from Sunday to Thursday, you get a free sushi dragon to eat, made of beetroot rice, prawn tempura and avocado. The deal also coincides with the bar’s happy hour, where drinks are 40 per cent off.
Aloft Abu Dhabi, Adnec, Abu Dhabi, Sat to Wed 5pm to 2am, Thur and Fri 5pm to 3am. Tel: (02) 6545138. Taxi: Aloft Hotel. aloftabudhabi.com

Have brunch this evening at PJ O’Reilly’s 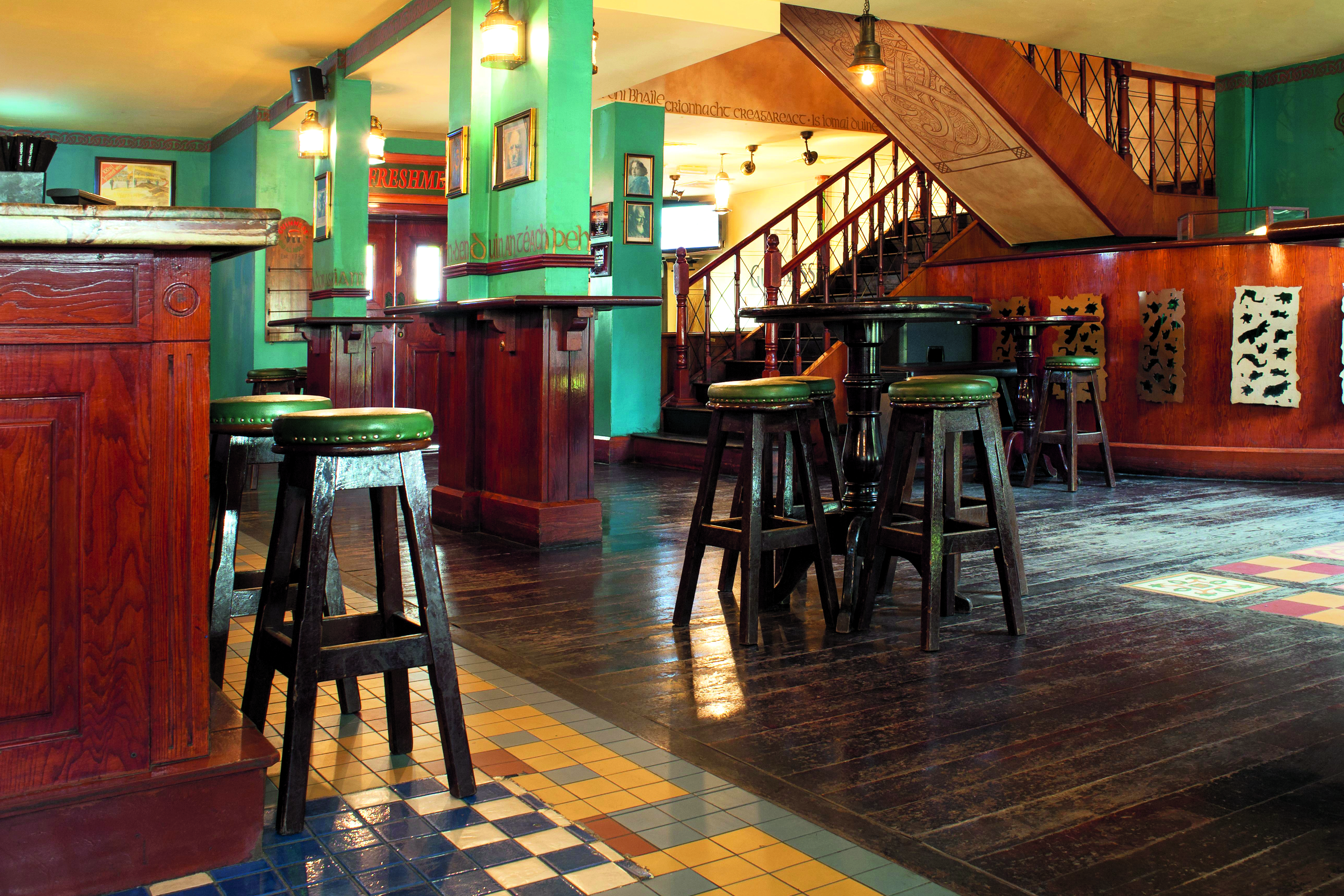 The Irish pub is now serving an evening brunch twice a week. During the three-hour sitting, guests are served one starter, a main and dessert, plus free-flowing drinks. Starters on the menu include nachos, a sharing platter (with chicken wings, calamari, onion rings and more). Mains such as fish ’n’ chips and bangers and mash also feature, while for dessert you can try deep fried peanut and chocolate bar or ice cream sundae.
Le Royal Méridien Abu Dhabi, Sheikh Khalifa Street, Abu Dhabi, Thur and Fri 8pm to 11pm, Dhs159. Tel: (02) 6742020. Taxi: next to Al Ain Palace. leroyalmeridienabudhabi.com 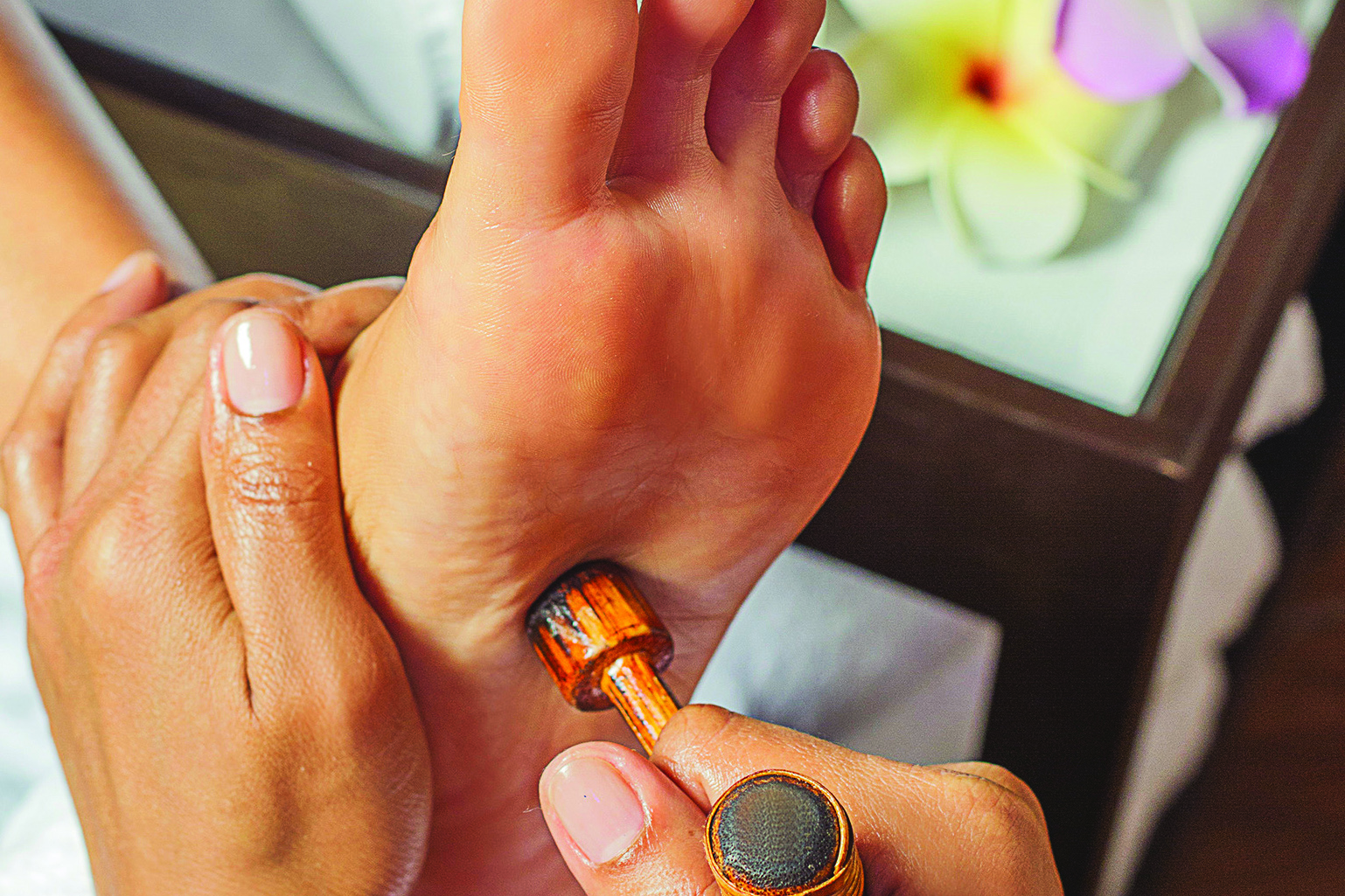 Enjoy a 30-minute back massage at Tips And Toes’ spa for Dhs100. Want more pampering? You can add on another 20 minutes of reflexology for Dhs70 on your hands and feet to help improve your circulation and reduce stress and body tension.
Various locations including Yas Mall, Yas Island, Abu Dhabi, Sat to Wed 10am to 10pm, Thur and Fri 10am to midnight, Dhs170. Tel: (02) 5650707 Taxi: Yas Mall. tipsandtoes.com 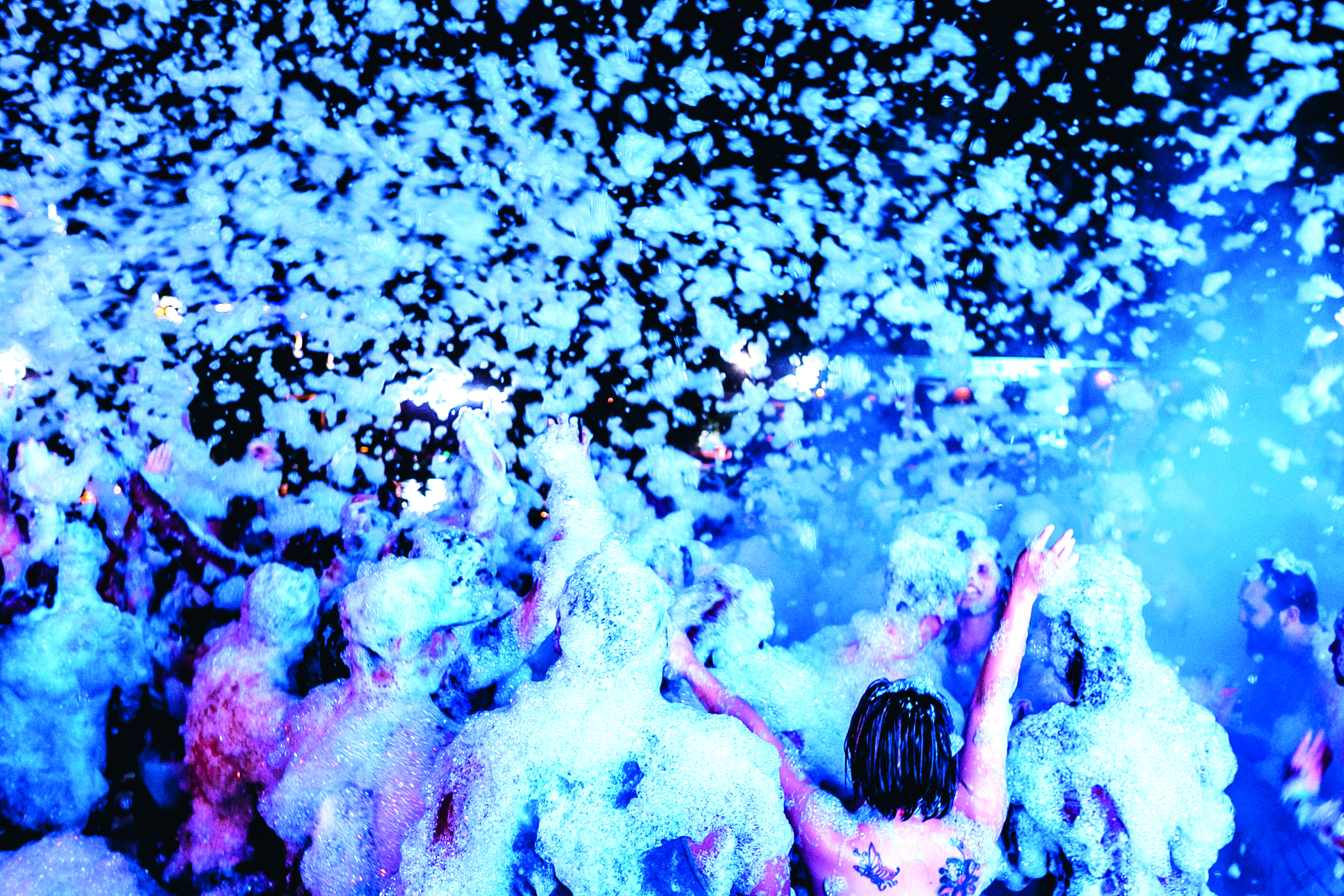 The party at Aloft is the stuff of legends. Liquid Rain takes place at the hotel’s pool and it attracts top DJs and dancers. This season the hotel has introduced a foam cannon to soak revellers, but that has come at a price – the LED giant robot that used to wander around is no more. Sad times. Liquid Rain has our seal of approval – it is a former What’s On Awards winner.
Aloft Abu Dhabi, Al Khaleej Al Arabi Street, Abu Dhabi, 8pm to 3am, Dhs100, ladies free until midnight, Dhs50 after. Tel: (02) 6545193. Taxi: Adnec. aloftabudhabi.com 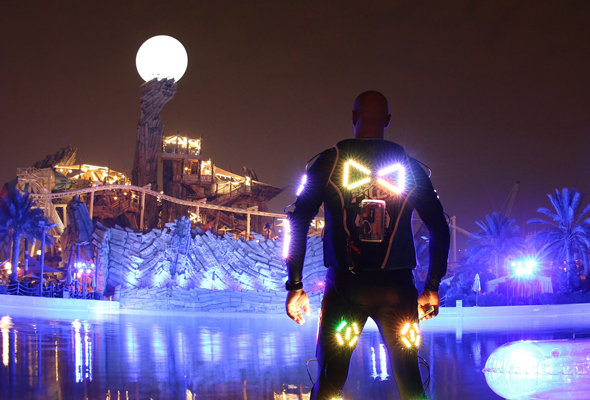 Tuck into a healthy buffet 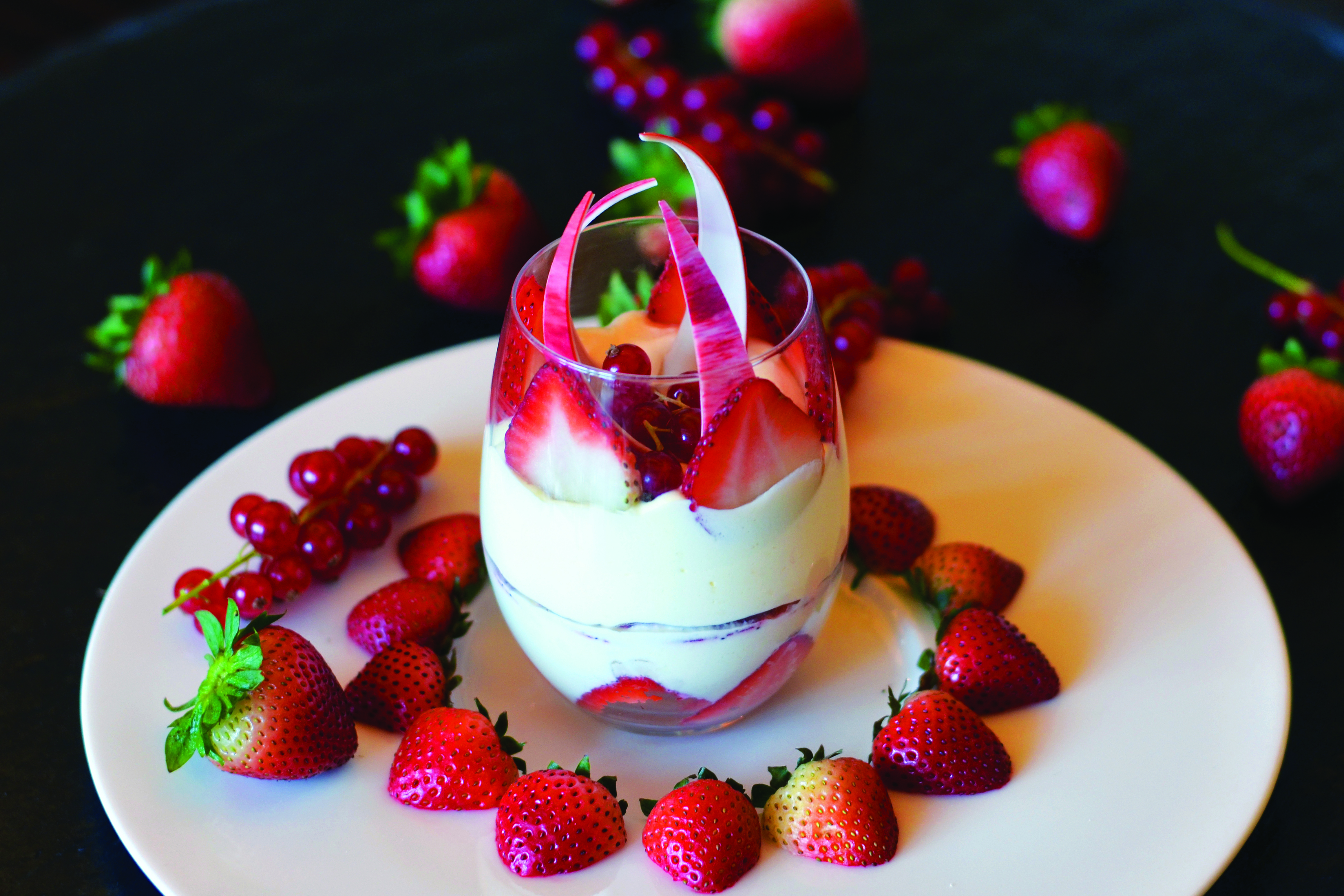 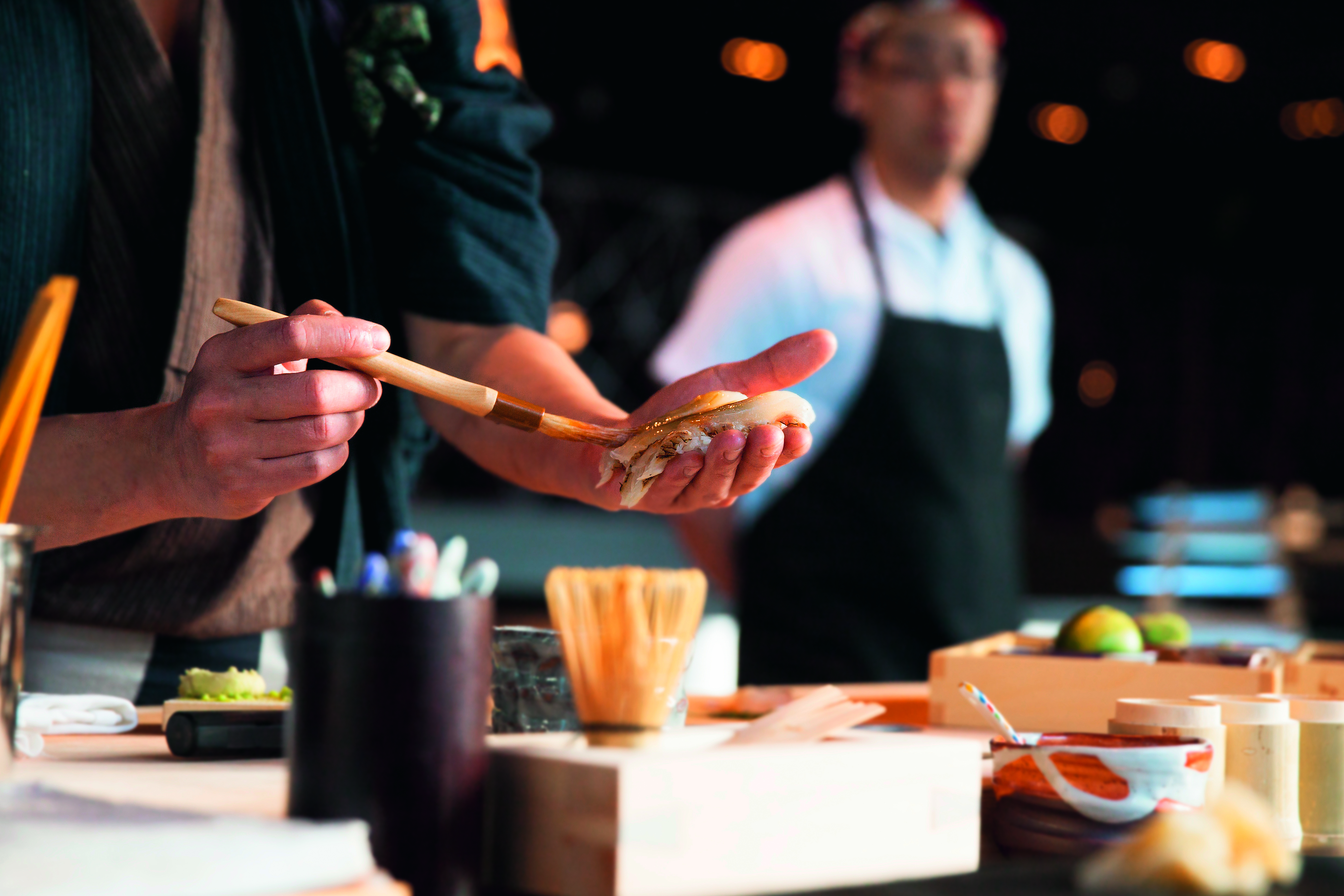 The Holiday Inn on Airport Road has launched a new brunch concept that is a little different to others you’ll find in the city. Taking place in Japanese outlet Sushi San, it’s called the Omakase Friday Brunch – omakase means ‘I’ll leave it up to you’ in Japanese and instead of choosing from a set menu or buffet, you’ll be presented with a series of courses prepared by the chef on the day. The menu changes every week, but you can expect the usual sushi and sashimi dishes, plus a sushi pizza and dynamite shrimps.
Holiday Inn Abu Dhabi, 31st Street, between Muroor and Airport Roads, Abu Dhabi, Fri 12.30pm to 3.30pm, from Dhs179. Tel: (800) 78744726. Taxi: Holiday Inn Airport Road. sushisan.ae

Check out a kid friendly brunch 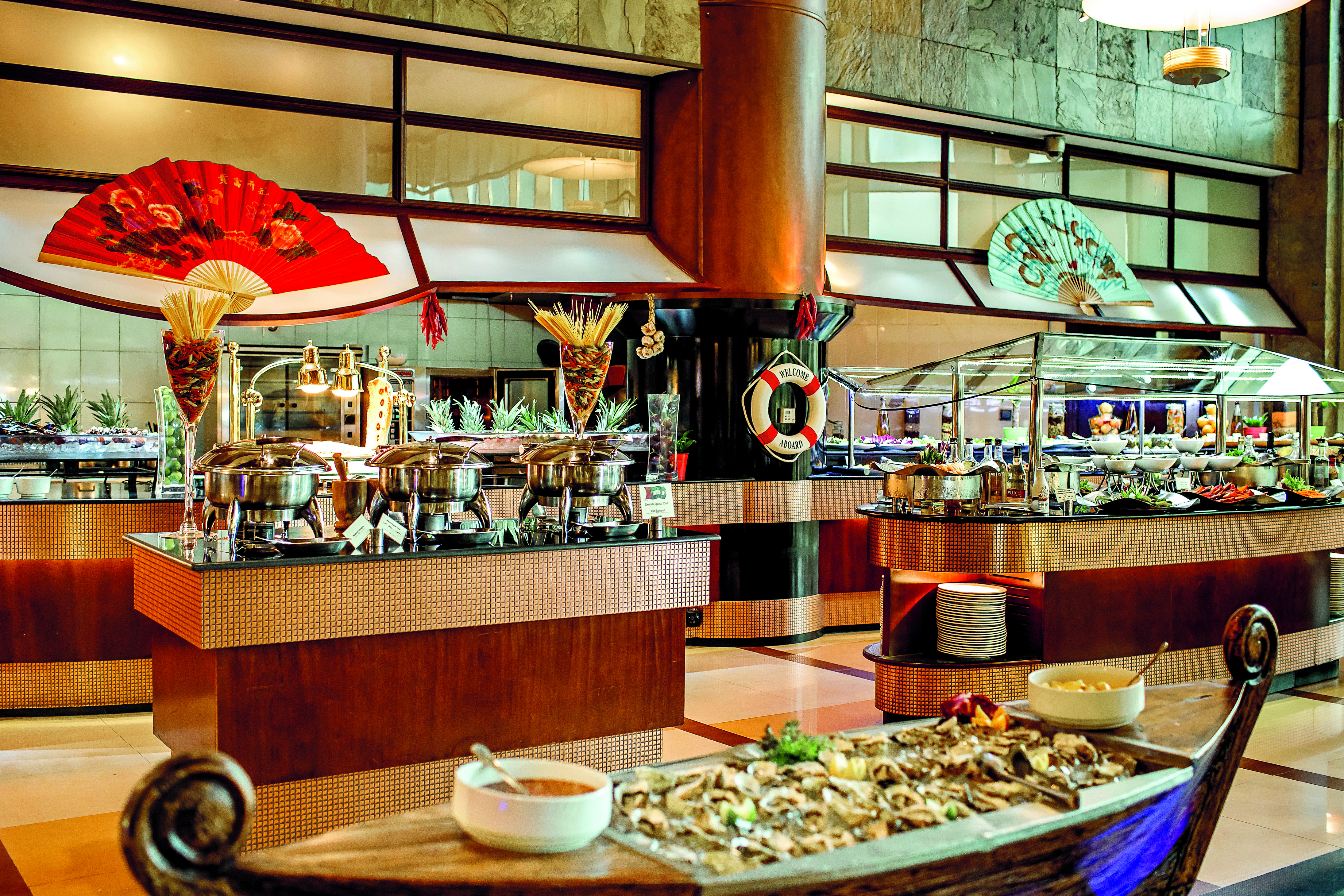 Dance the night away at Cachée 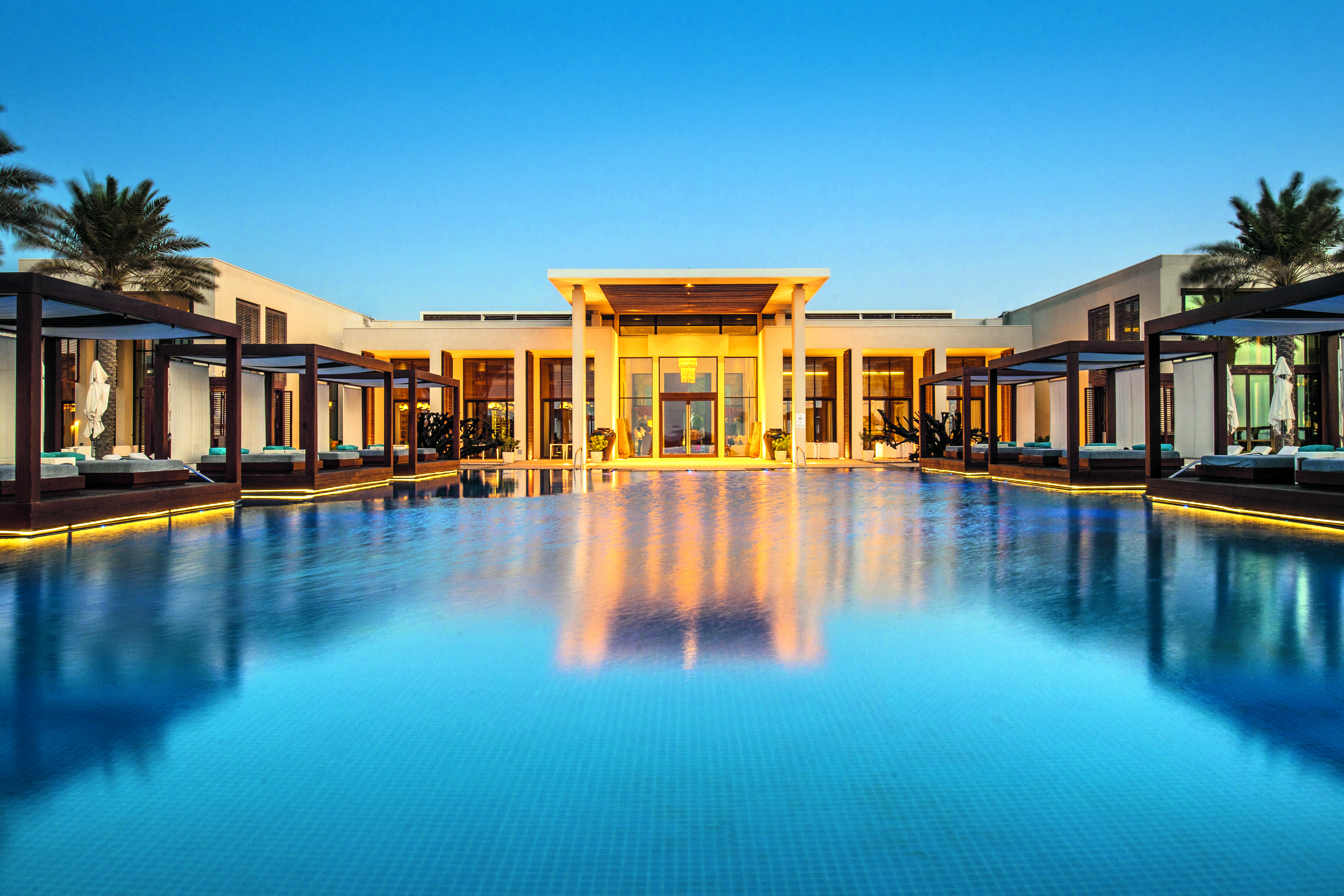 A pool pary on Saadiyat, Cachée features live performers, gourmet food, fire shows and DJs. Swimwear is essential for this one, as you’ll be making good use of the pool. It only launched in July, and previous DJs have included Saif and Sound, DJ SLIM, and DJ KaBoo on the night. The September 8 party will feature go-go dancers and a water drummer.
Saadiyat Beach Club, Saadiyat Island, Abu Dhabi, 8pm to 2am, Dhs200, Dhs80
ladies. Tel: (02) 6563500. Taxi: Saadiyat Beach Club. saadiyatbeachclub.ae 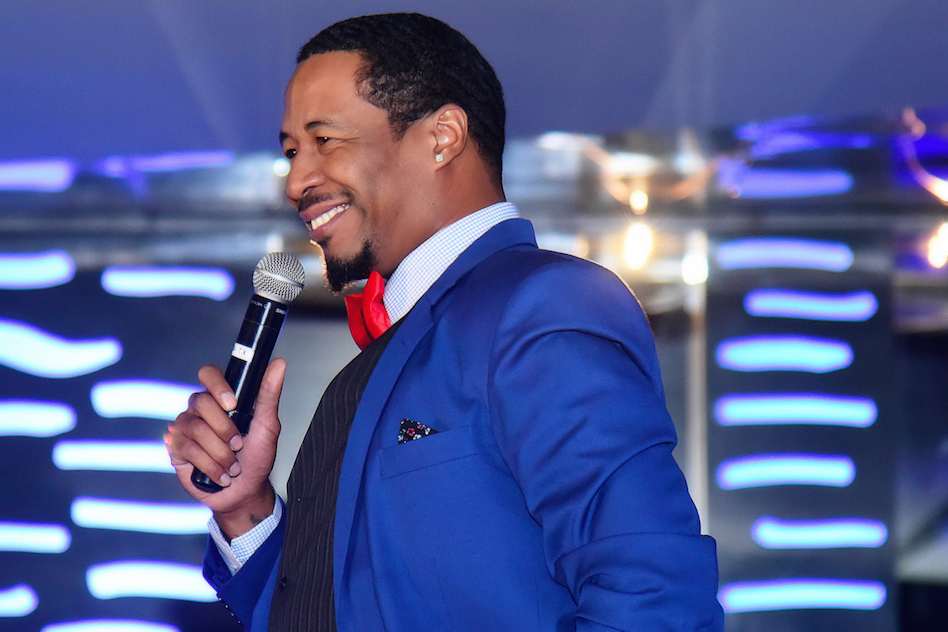 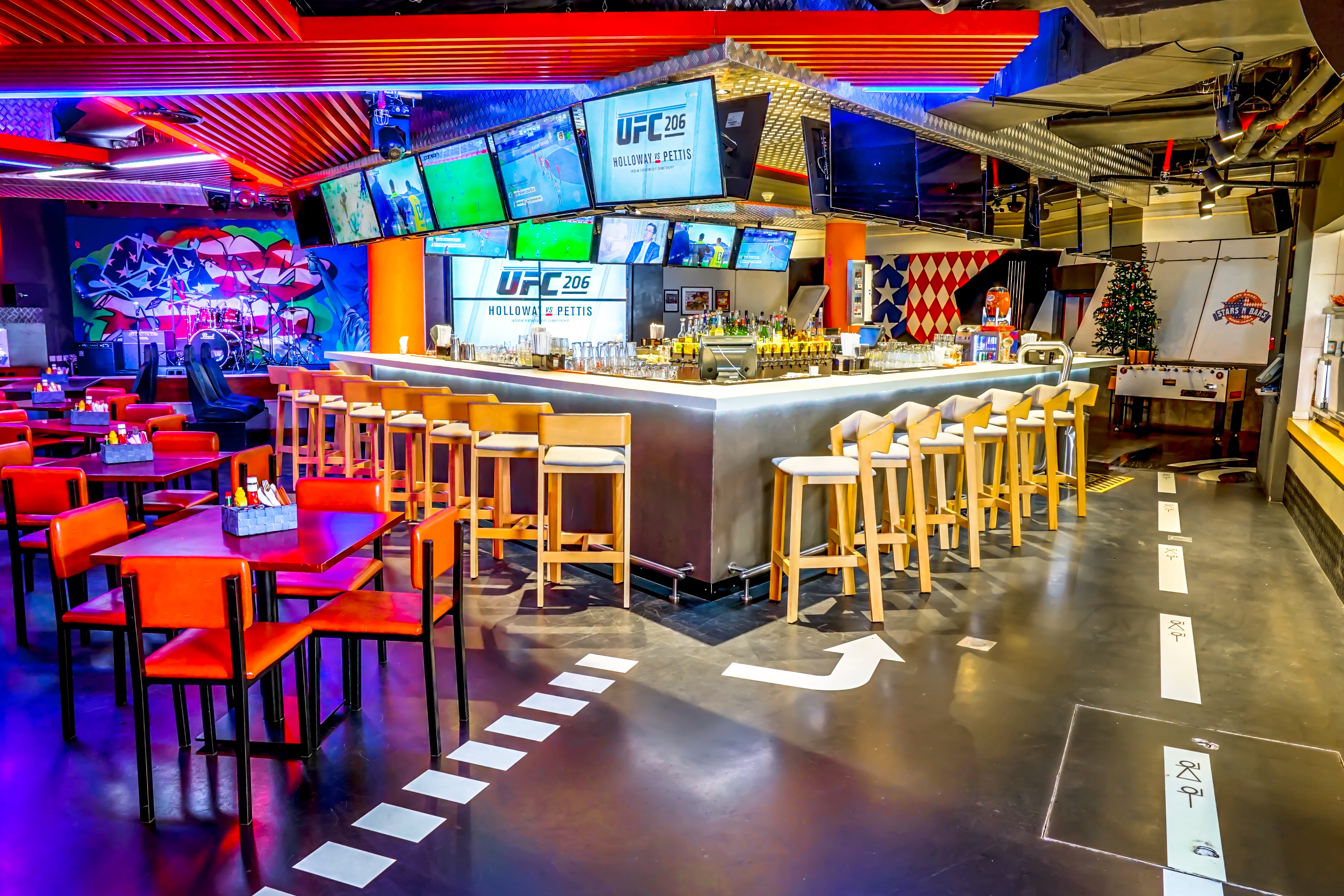 Hold the front page: brunch doesn’t just happen on a Friday or Saturday. In fact, it happens every day at the American-themed sports bar at Yas Marina. The menu skips the clichéd dishes you’ll find at many brunches such as butter chicken and aims for a more US, traditional offering, such as steak and eggs, eggs in a skillet, waffles with berries, pancakes and huevos rancheros.
Yas Marina, Abu Dhabi, daily 11.30am to 4pm, Dhs200. Tel: (02) 25650101. Taxi: Yas Marina. starsnbars.ae 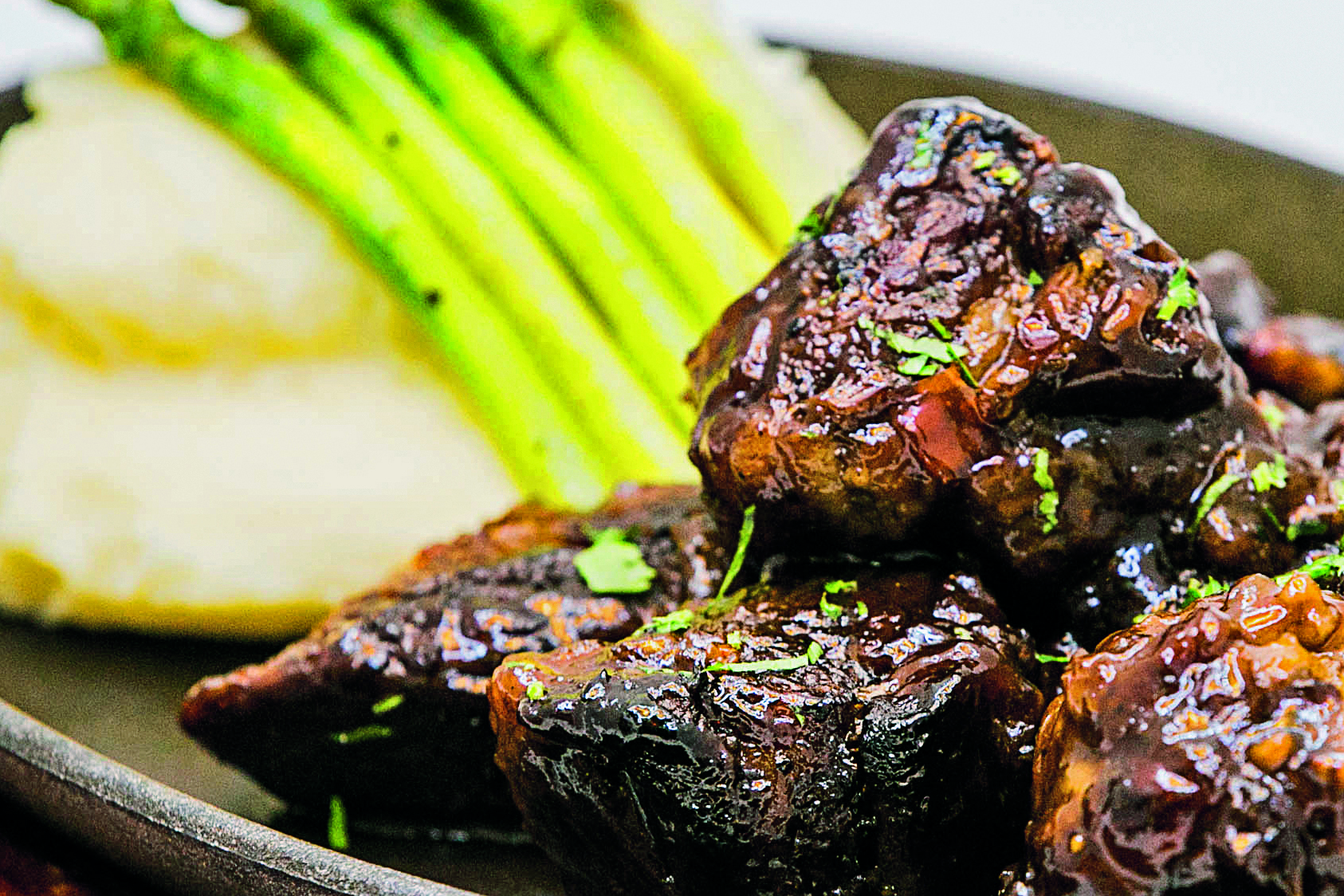 Things to do
EDITOR’S PICKS
UAE holiday dates announced for Eid Al Adha
READ MORE
Emirates extends suspension of flights from India to UAE again
READ MORE
Coming soon: Everything we know about Ain Dubai so far
READ MORE
Khorfakkan set to open new tourist attraction 580 metres above sea level
READ MORE
MOST POPULAR
UAE authorities announce public holiday for Hijri New Year
Watch: Zac Efron and Jessica Alba star in movie trailer-style campaign for Visit Dubai
A 50 Best Restaurants guide for the MENA region is debuting in 2022
UAE residents stranded in India, Pakistan and more allowed to return
Watch: Incredible video of Saturn captured from UAE mountain
YOU SHOULD CHECK OUT
Our website uses cookies and other similar technologies to improve our site and your online experience. By continuing to use our website you consent to cookies being used. Read our privacy policy here.