But there’s a Dhs25,000 deposit to be paid if you want to bid for one of the unique plates…

If you fancy getting your hands on a unique plate for your car, this weekend could be your big chance. The Roads and Transport Authority (RTA) has announced it will auction off as many as 80 license plates this weekend. 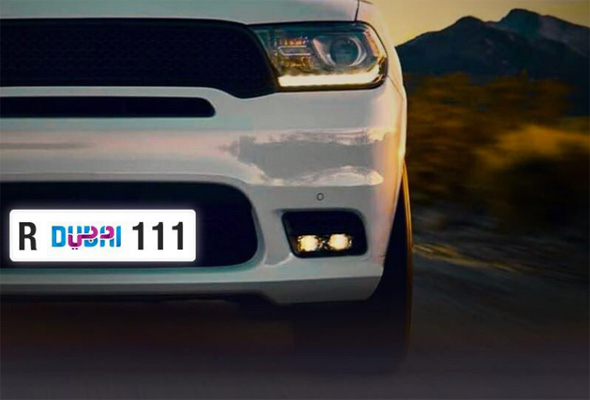 ALSO READ:
Do you drive electric? Then you’re now entitled to massive savings
Dubai’s bus system is about to get a lot better thanks to 7 new routes

But before you start getting too excited, there are some important terms & conditions to be aware of.

Budding bidders are required to deposit a security cheque of Dhs25,000 and a Dhs120 participation fee. So, it’s probably one for serious bidders only.

All bidders must also have a vehicle already registered in Dubai, or a driver’s license issued from Dubai.

Successful bidders are required to make payment within 10 days of the auction, and cash payments are only permitted up to Dhs50,000.

But even that was trumped later in the year by the sale of the Dubai No 5 license plate, which was purchased last October for Dhs33 million.

As huge as Dhs33 million is, it’s not the most that’s ever been shelled out for a short number.

Businessman Saeed Al Khouri paid a record Dhs52 million for the No 1 license plate in Abu Dhabi in 2008.

Registration is open now for the 96th public auction, which will take place on Saturday September 30 at JW Marriott Marquise from 4.30pm.