UAE businessman forks out Dhs18m for No 1 license plate

The UAE loves a vanity plate – let’s be honest, we all clock a number plate when it consists of three or less digits.

In a bidding war that saw the plate start at Dhs1 million, the price quickly shot up to Dhs18 million at which point it was snatched up by Al Zarouni.

Al Zarouni told Gulf News, “I attended the license plate auction only to win number 1. My ambition is always to be number 1. I have no plan to win other numbers.”

He apparently has no intention to sell it.

A young Emirati boy stands alongside a Ferrari equipped with license plate 33333: 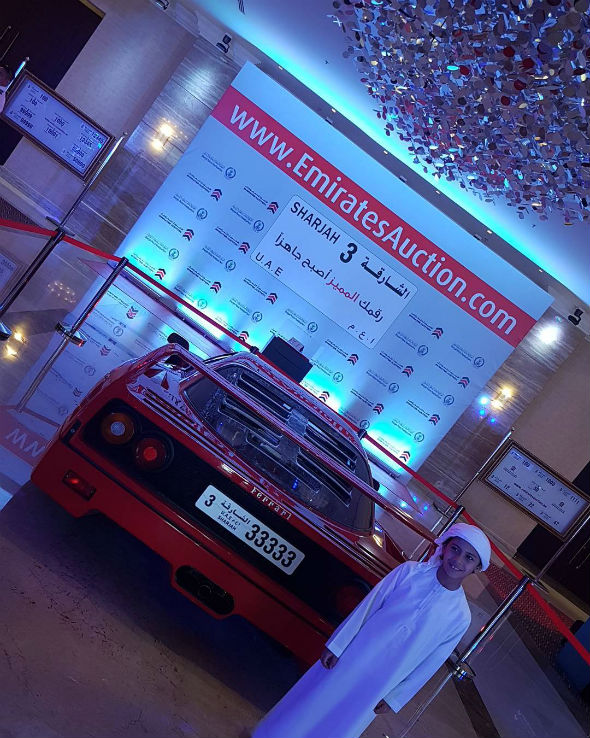 Alongside number 1, a total of 60 unique license plates were sold – raking in more than Dhs50 million.

*More: Possibly the coolest hypercar in the UAE’s police force*

The winner of plate number 3 can be seen cutting a congratulatory cake in a video posted on Instagram:

Although Dhs18 million is a serious amount of money to splash out on a vanity plate, the most expensive plate ever sold in the UAE was for almost three times that amount in Abu Dhabi – with the Abu Dhabi plate number 1 selling for Dhs52.2 million.

Abdulla Matar Al Mannai, the Executive Director of Emirates Auction told Gulf News, “With 1,340 bidders, this auction is considered to be the biggest in the UAE in terms of the number of bidders.”

Participants who placed the winning bids can now either register their plates in their name or transfer to another person.