HH Sheikh Mohammed bin Rashid Al Maktoum, Vice President of the UAE and Ruler of Dubai, inaugurated a brand new youth centre in Dubai where people under the age of 30 can get together to share ideas and work towards shaping the country’s future.

Located in Emirates Towers, it has been dubbed “the best youth hub in the world”, and will provide classes and workshops as well as training and volunteer opportunities.

Today, Sheikh Mohammed bin Zayed and I inaugurated the finest youth Centre in the Arab world, all designed by Emiratis under the age of 30 pic.twitter.com/H0W5yWRt4r

Other onsite facilities include a cafe, meeting rooms, library, and events theatre, with a “collaborative brainstorming lab” in the works for the near future.

The centre was designed solely by Emirati youth under the age of 30, and has dedicated areas for young journalists, entrepreneurs, researchers, programmers and gamers. 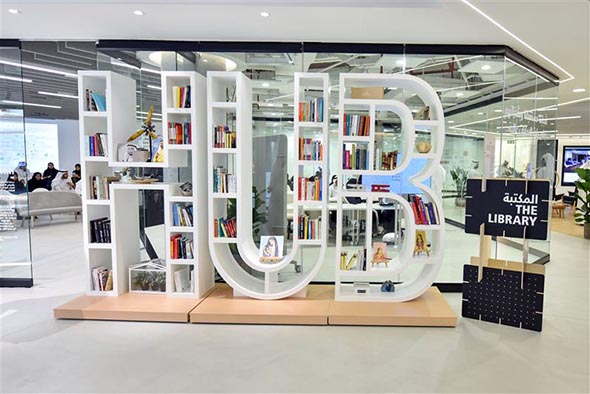 Speaking at the opening event, Sheikh Mohammed said: “We want to prepare the younger generation to lead the process of development. The Youth of the UAE deserve the best and we expect the best from them. This is why we have faith in their abilities to create a better future for our country.”

HH Sheikh Mohammed bin Zayed Al Nahyan, Crown Prince of Abu Dhabi, also attended the opening and remarked on the importance of investing in the UAE’s youth: “We expect from our youth great contributions to their nation, as they are the source of initiatives and leading ideas, and their contributions make us confident of a promising future,”

You can check out some of the centre’s facilities in the video below: