Just because summer is over, it doesn’t mean the bargains have to be. We’ve got some great-value foodie deals, events that are finally able to go al fresco, and everyone’s favourite fear-fuelled fiesta, Halloween.

Here are 10 things coming up in Dubai this October… 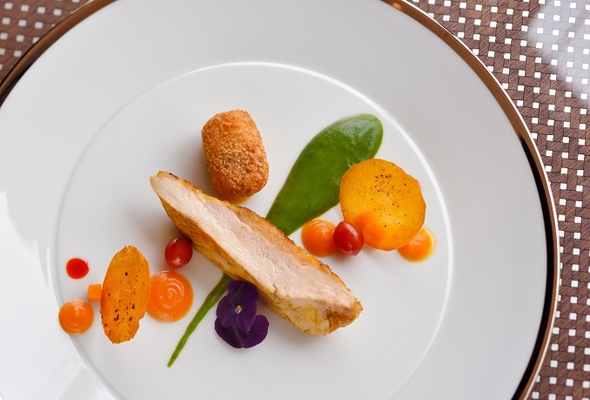 Armani Hotel Dubai (that’s right, the flash one in the Burj Khalifa) is holding its annual gourmet showcase, where you can experience the flavours of India, Italy, Japan and Europe at four of the hotel’s beautiful fine-dining restaurants – for a surprisingly affordable price. Each restaurant is offering a special four-course set menu for Dhs350, featuring some of their most popular dishes. Who knows, you might just be tempted to try them all…

2. October 4: The premiere of a Dubai-inspired musical 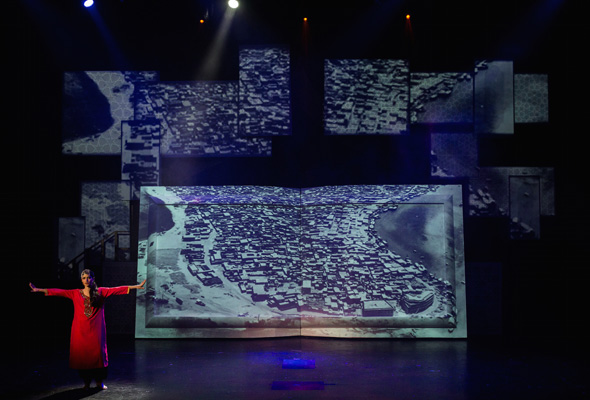 The first ever English language musical about Dubai is set to premiere at the Madinat Theatre on Wednesday, October 4. Amazing Dubai is an hour-long production which reveals the emirate’s journey from a small fishing community in the 1800s to one of the most modern metropolises in the world. The story unfolds through the life and times of an imaginary Dubai family, whose progress parallels that of the city they call home. Special introductory price tickets for the month of October start from Dhs75 for Emirates ID holders.

3. October 5 to 13: International dining around Jumeirah 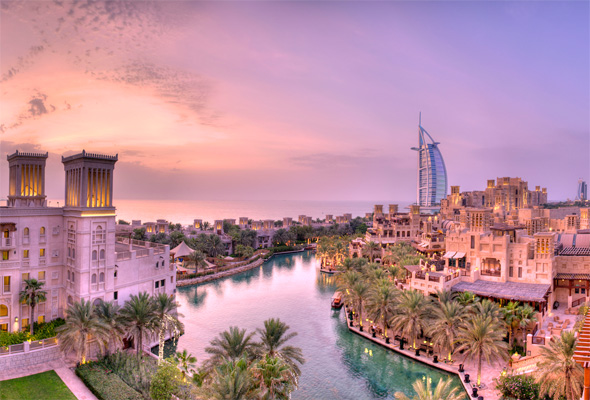 Jumeriah Restaurant Week returns this year, with eight days of feasting from signature menus across 40 of Jumeirah’s most loved restaurants. Prices for set menus range from Dhs95 to Dhs350. To kick off the week, Thursday October 5 sees Madinat Jumeriah’s Big Bite Out, a mammoth dine-around event taking over the resort where, for Dhs395, you can eat and drink at 14 different bars and restaurants from 7pm to 11pm – all culminating with an after-party at Shimmers, Jumeirah Mina A’Salam. 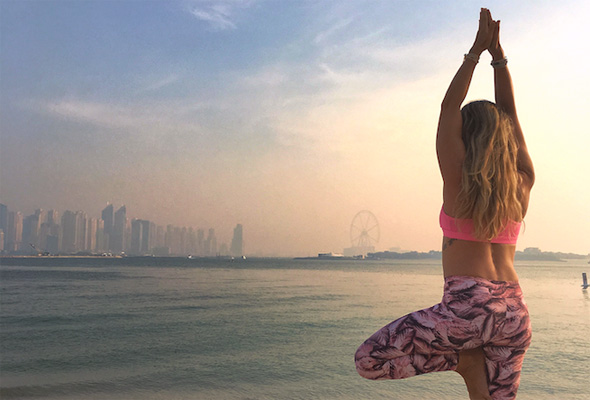 In support of Breast Cancer Awareness Month, Fairmont The Palm is marking its next Full Moon Yoga event with a special ‘Pinktober’ theme. Both residents and visitors to Dubai are encouraged to get together and wear their best pink attire to experience a night of stretching under the stars. Starting at 8pm, the resort welcomes both male and female guests to the hour-long intermediate yoga session, followed by 30 minutes of meditation on the resort’s white sand beach. There will be prize giveaways and pink treats and refreshments on the evening too. 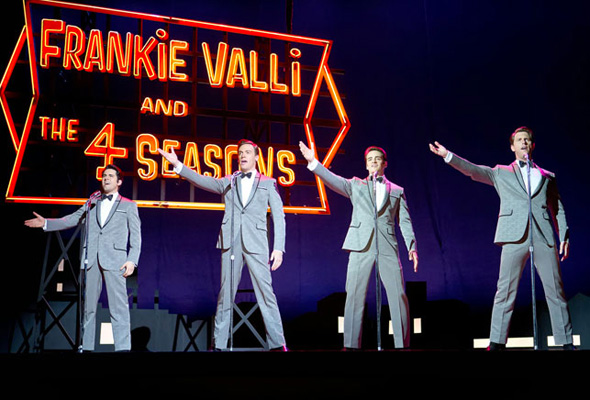 Get excited musical fans – the acclaimed Broadway musical Jersey Boys is headed to Dubai from October 11 to 14 at Dubai Opera. The jukebox musical tells the success story of one of the most popular bands of all time: Frankie Valli & The Four Seasons, a band responsible for some of the most recognisable hits of the ’60s, including Oh What a Night, Can’t Take My Eyes Off You, Sherry, Walk Like a Man, Bye Bye Baby and Big Girls Don’t Cry. There will be four evening performances plus a Friday matinee, with tickets from Dhs250. 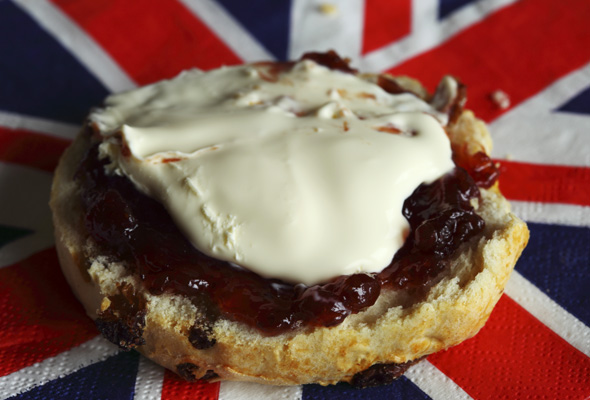 Dubai’s British Business Group is hosting a family-focused garden party on Friday October 13 to celebrate the group’s 30th anniversary. The event will run from 4pm till midnight and will be a celebration of all things British, with picnic food and entertainment for the kids, including giant wigwams, a bouncy castle and face painting. The soundtrack will be provided by DJ Marky Mark, and there will also be a live performance from The Boxtones. A five-hour food and drink package is available from Dhs225.

7. October: The opening of McGettigan’s JBR 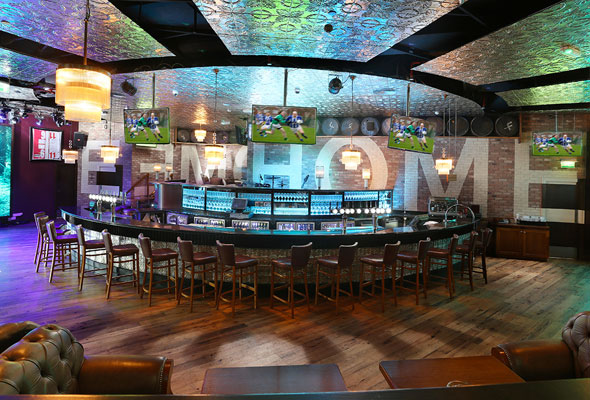 A Dubai classic, Irish pub chain McGettigan’s will open a 5th branch this October in the space currently occupied by sports bar Studio One, on the street level of the Hilton JBR. McGettigan’s JBR will offer its signature all-day pub grub, a daily happy hour and extensive live sports coverage, seven days a week. An official opening date is still to be confirmed, but it’s likely to be the first half of October. 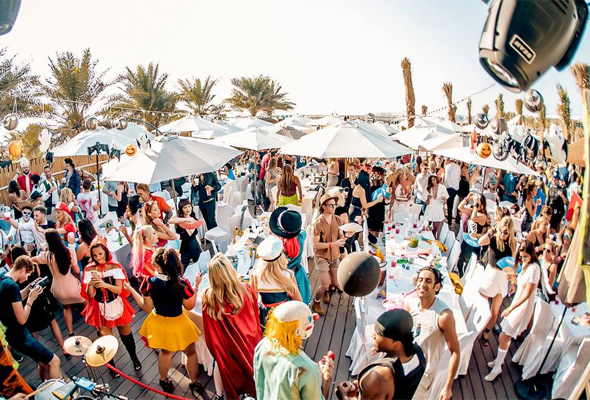 To be honest, we’re just excited for Halloween in general, but one of Dubai’s biggest brunch parties combined with Halloween? That might just make it to the top of our list. The Candypants mega brunch is back on Friday October 27, with space for more than 800 brunchers. Expect a day of DJs, live acts and a competition for the best outfits, followed by a ‘hellish’ after-party at Dubai Marina’s XL club. Halloween fancy dress is strongly encouraged. 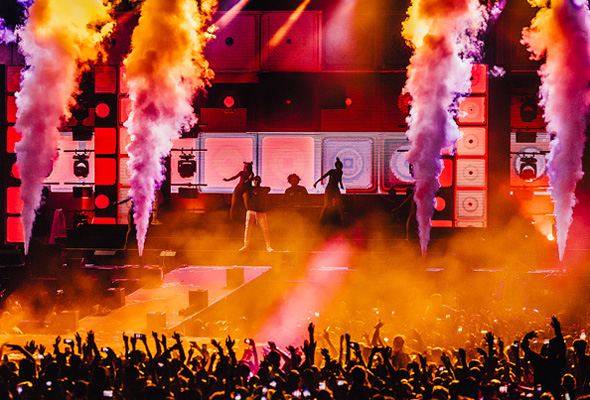 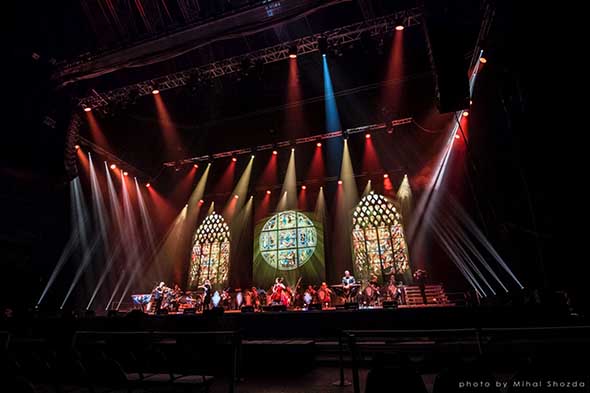 Taking music to new heights, award-winning Czech musician and film composer Michal Dvořák brings his critically acclaimed show Vivaldianno – City of Mirrors to a purpose-built stage at the top of Jebel Jais. Concert organisers are providing a free shuttle bus service to the mountaintop venue from the RAK Convention Centre on Marjan Island.

News
EDITOR’S PICKS
Ain Dubai will open with fireworks, live music and a drone show
READ MORE
Incredible Aura SkyPool to open in Palm Tower this November
READ MORE
Brit Grand Slam hero Emma Raducanu confirmed for Mubadala Tennis
READ MORE
What’s On Nightlife Awards 2021: Here are the nominees...
READ MORE
MOST POPULAR
Bar of the month: Ray's Bar, Conrad Abu Dhabi Etihad Towers
DIFC Art Nights is returning in November for the second time this year
10 of the best Halloween brunches to book in Dubai
Sheikh Hamdan has been spotted dining at DIFC's newest restaurant
6 great things to do in Dubai this week: October 17 to 20
YOU SHOULD CHECK OUT
Our website uses cookies and other similar technologies to improve our site and your online experience. By continuing to use our website you consent to cookies being used. Read our privacy policy here.