8 cool things to check out at GITEX Technology Week

All the whizbang wonder of the region’s biggest tech show…

Every October the tech world descends upon Dubai to show off the latest and greatest in current and future technology – that’s right, GITEX Technology Week is back with a bang.

Running until Thursday 12 October, the week-long conference is chock full of wonder, from futuristic cars and robots to just plain cool gadgets.

We spent day one trawling the halls of the Dubai World Trade Centre and found the best bits for you to marvel at. Enjoy! 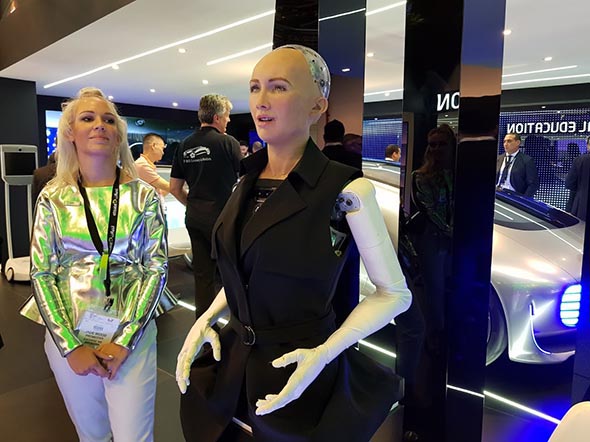 This life-like robot was simultaneously the coolest and creepiest thing we saw at GITEX this year. Controlled by Artificial Intelligence, you spoke to Sophie via a microphone (it’s pretty noisy at the conference) asking her simple questions like “How are you?” and “Do you like cookies?” and she answered… almost too realistically. With sensors and cameras installed in her chest and eyes, she managed to identify she was talking to us and shifted position appropriately, we had to keep reminding ourselves that we were talking to a smart machine rather than a human being.

The future of retail 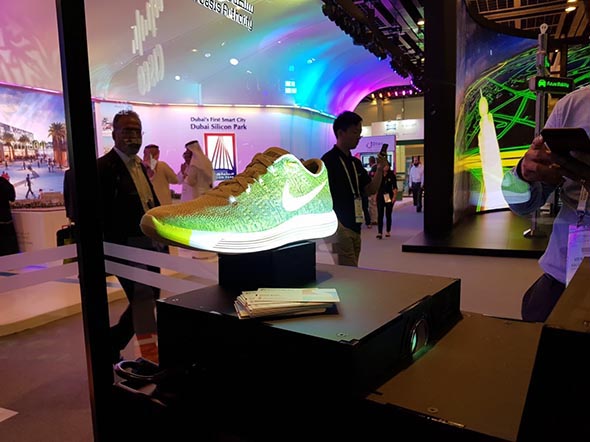 In the future you won’t even need to try clothes on before you buy them. This clever look at where retail is heading allows you to place a 3D-printed model of your torso and project an image directly onto it of whatever shirt you’ve got your eye on. The system is then clever enough to recognise other objects you place in front of it (say, a sports shoe) and automatically switch to correctly map the new object.

We’ve heard so much about Dubai’s upcoming autonomous flying taxi and now visitors to GITEX can finally see it in person. The two-seater copter is impressive in size, and while the RTA weren’t demoing it at the conference, it gave us a sense of scale and just how solid (thankfully!) the vehicle actually is. Great when trying to reassure potential passengers that it can handle itself as it zips above the city.

Wait, a robotic outdoor sunshade that follows the path of the sun to keep you protected from the blistering heat while you lounge about outside…how did nobody think of this earlier?! ‘Sunflower’ might be the ultimate smart-gadget for the Middle East, plus it’s simply mesmerizing to watch it do its thing. 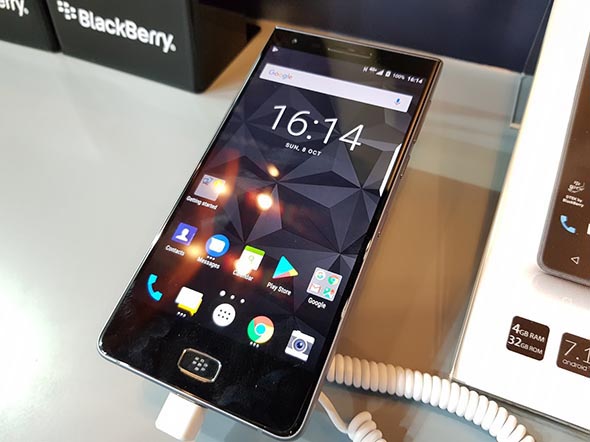 Businesspeople smartphone manufacturer chose GITEX to announce their latest device, the BlackberryMotion. The phone eschews the traditional physical keyboard that Blackberry is famous for in favour of a 5.5in touchscreen, and a massive battery that’s designed to last longer than an iPhone or Samsung. We particularly liked the phone’s ‘Locker’ feature which keeps all your photos and files locked away in a special folder only accessible via your fingerprint. 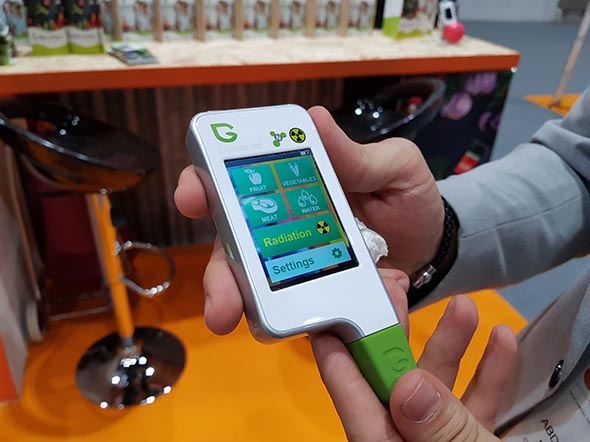 Everyone knows that fruit and vegetables are healthy, but how does one find out how healthy the food you eat actually is? Enter the Greentest ECO, a hand-held nitrate meter that you poke into produce to measure whether or not it’s safe to eat. With one of these you’ll be the smartest shopper at the local Spinneys, guaranteed. 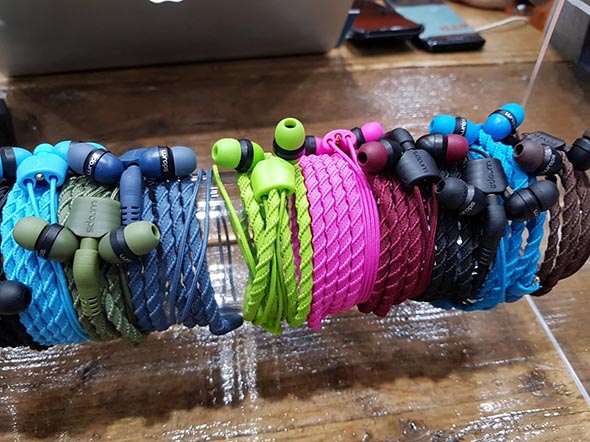 GITEX is full of cool gadgets, but these earphones really caught our eye. They come in a variety of styles (from faux leather to wooden beads) and sound great, plus, when you’re done using them you simply wrap the around your wrist and go about your business. No need to throw them in a bag and risk getting them tangled. Genius! 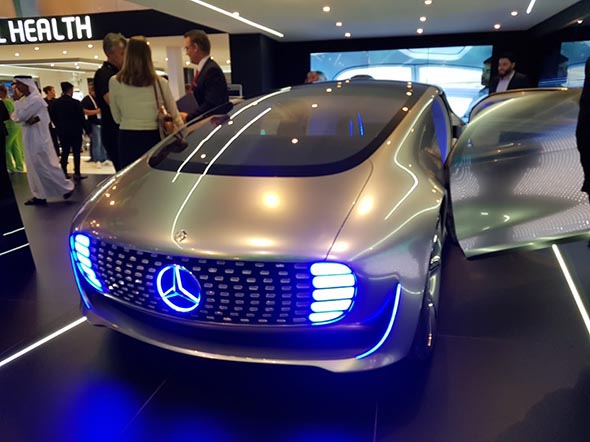 The Mercedes F 015 is just a concept car (for now) but it gives us a peek into the future of what driving will be all about. And apparently it doesn’t involve a whole lot of, well, driving. This full-autonomous vehicle has no steering wheel, in fact its four passenger seats face each other, like on a bus or metro. The idea is that the car will drive itself to where you need it to go and you can kick back and chat amongst yourselves (or watch Netflix) without needing to worry about the traffic on Sheikh Zayed Road. Bring it on, we say!

You can find out more about GITEX by visiting the official website.