Just a heads up: Dubai’s Al Maktoum bridge is going to be closed every Friday morning for the next five weeks for annual maintenance, the Roads and Transport Authority (RTA) has announced.

The closures will begin this Friday October 27, and will occur between 1am to 9am to limit disruption. The works will be at the same time every Friday for five weeks until November 24.

During the closure of Al Maktoum bridge, traffic will be diverted through alternative routes, including Al Shindagha Tunnel, Al Garhoud Bridge and the Business Bay Crossing, as well as to exit points off of Sheikh Mohammed Bin Zayed Road.

Here’s where Al Maktoum bridge is (in case you didn’t know): 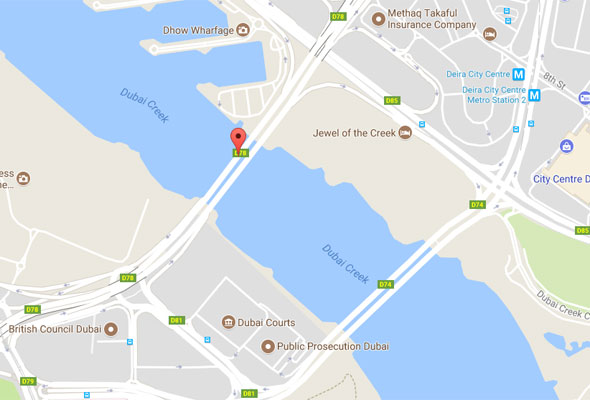 The RTA has said that the alternative routes are capable of accommodating the traffic in the area on Friday mornings when traffic is significantly less busy (a Thursday evening would be another story entirely).

The planned maintenance is to ensure the safety of the bridge: “The tentative operation would be undertaken after the completion of all routine, preventive and corrective maintenance of various electro-mechanical systems and a final inspection would be carried out to ensure the effective operation and safety of the facility and its users,” explained Nazim Faisal, Director of Roads and Facilities Maintenance at RTA’s Traffic and Roads Agency.

Also, have you noticed all of the construction happening OVER Sheikh Zayed Road in Jumeirah right now? Here’s a guide to where those new roads will lead to (and what traffic jams they’ll help improve).

News
Transport
EDITOR’S PICKS
Ramadan in Dubai: 48 iftars to try
READ MORE
Where can Dubai residents travel? Check out these 14 destinations
READ MORE
Rumours, facts and reveals: New Abu Dhabi bars and restaurants
READ MORE
UAE announces reduced working hours for Ramadan 2021
READ MORE
MOST POPULAR
The UK and eight other countries added to Abu Dhabi Green List
Breaking: Flights from India to UAE suspended for 10 days
A sweet new Japanese restaurant has opened in The Greens
Book a Yas Hilton Ramadan stay and play package from Dhs396pp
There's a cool new coffee shop to check out in Dubai
YOU SHOULD CHECK OUT
Our website uses cookies and other similar technologies to improve our site and your online experience. By continuing to use our website you consent to cookies being used. Read our privacy policy here.