The Dubai branch is massively popular, and now it’s finally opened in the capital – but does it live up to the hype?

Go back in time three or four years and you’d struggle to find one pan-Latino restaurant in the capital. Now, though, they’re de rigueur – following on the footsteps of the likes of Bu! and Coya comes Toro Toro, a concept created by Latin award-winning chef Richard Sandoval. 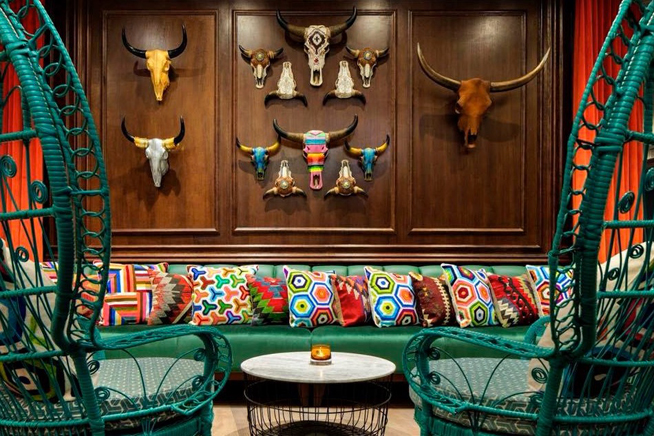 Toro Toro’s location hasn’t exactly been a lucky one for previous restaurants – it sits on the water at the back of Etihad Towers and fills the spot that was previously home to Pearls By Michael Caines and, before that, British seafood restaurant Scott’s. But What’s On has a feeling it’ll be third time lucky. Considering we visited during the Toro Toro Abu Dhabi soft launch phase, we left impressed by the quality of the food and charmed by its decor (a mix of colourful cushions, floral lampshades, chairs made of sugarcane, dark wooden floors and bulls’ skulls, fake we assume, painted in a variety of colours). 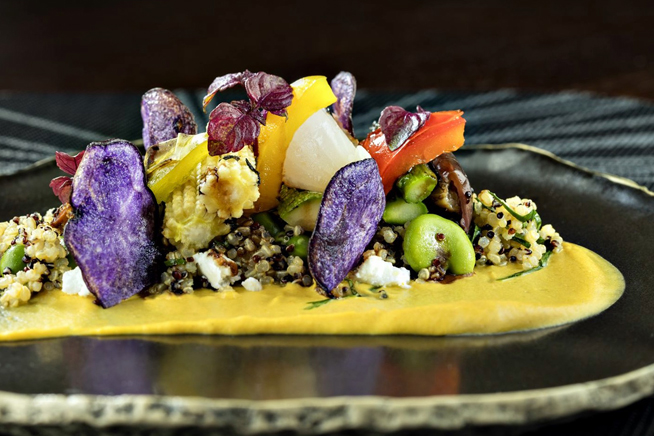 The menu here currently features a ceviche section, tiraditos, cold and hot starters such as tacos and corn bread, meat skewers, empanadas and mains such as lamb shank. Churrasco and beefsteaks are set to follow. Many of the dishes are served with sharing in mind, and from the starters, you can’t go wrong with the restaurant’s quinoa salad, served with roasted veg and canary bean hummus. It was tart and zesty and, curiously, the already decent flavours improved with each mouthful. Toro Toro also does a veggie ceviche – refreshing and fruity, you won’t miss the seafood thanks to a generous portion of cherry tomatoes, asparagus, baby corn, watermelon, mushrooms, mango and broad beans. The smoked guacamole also excelled – served with billowing dry ice under a huge glass dome, the smoky name wasn’t reflected in the flavours, but the dish was well executed. 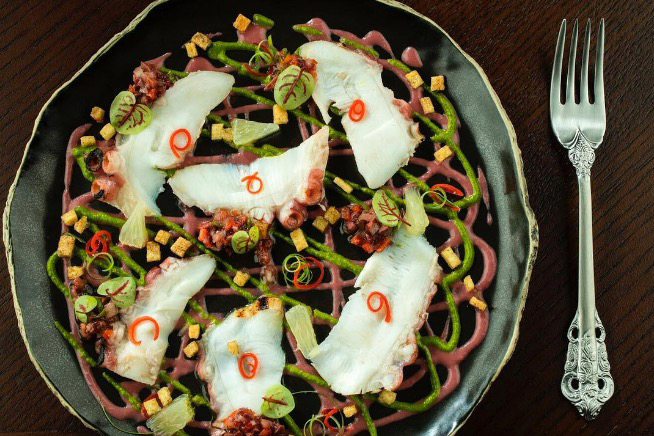 For mains, the grilled octopus was presented Peruvian style with potato salad in a chilli mayo in cumin black pepper. It was a slightly sweet sauce that worked perfectly with the dense meat. The chicken tacos are actually listed as a starter but worked as a main – the presentation was cute (they’re held together by tiny clothes pegs) and the jalapeño aioli made for a tangy and surprisingly spicy dish. Try both with the sweet potato fries, prepared in cinnamon for a sugary, unique side dish.

Desserts also excelled – the dulche de leche cheesecake was smooth and creamy and the chocolate fondant not too sweet, but perfectly gooey. Service on the night was also top draw.

If things are this good already, it could be one of the city’s best in a few months’ time.

Eat & Drink
Restaurants
EDITOR’S PICKS
UAE holiday dates announced for Eid Al Adha
READ MORE
Another update: Emirates extends suspension of flights from India to UAE
READ MORE
Coming soon: Everything we know about Ain Dubai so far
READ MORE
Khorfakkan set to open new tourist attraction 580 metres above sea level
READ MORE
MOST POPULAR
It's Dhs350 to brunch, stay and play at the What's On Lock In this weekend
After party: 8 of Dubai's best after-brunch deals on a Friday
Jones The Grocer is bringing its cheese, grape and jazz night to Abu Dhabi
A two-day art festival is taking place in Alserkal Avenue this weekend
Transport to Greece as Opa's monthly brunch returns
Al Qana update: Abu Dhabi mega project announces four new F&B outlets
YOU SHOULD CHECK OUT
Our website uses cookies and other similar technologies to improve our site and your online experience. By continuing to use our website you consent to cookies being used. Read our privacy policy here.