A feast of football: your guide to the Fifa Club World Cup in Abu Dhabi

Ten days of football, featuring seven teams from all over the globe, starts tonight in Al Ain – and one of the biggest clubs in the world will be playing in the capital over the next few days

Football is often called ‘The Global Game’ and this month you’ll get to see for yourself how true that statement is. For the first time since 2010, the Fifa Club World Cup returns to the UAE, with teams from Spain, New Zealand, Mexico, the UAE and beyond taking part in the tournament, right here in Abu Dhabi.

The big draw is the Spaniards – Real Madrid, possibly the biggest team on the planet, are coming to the capital. And yes, that means you’ll get a chance to see Portuguese superstar Cristiano Ronaldo (winner of Fifa’s coveted Ballon d’Or an incredible four times) in action. They’re the current holders of the Fifa Club World Cup, having won it last time out. 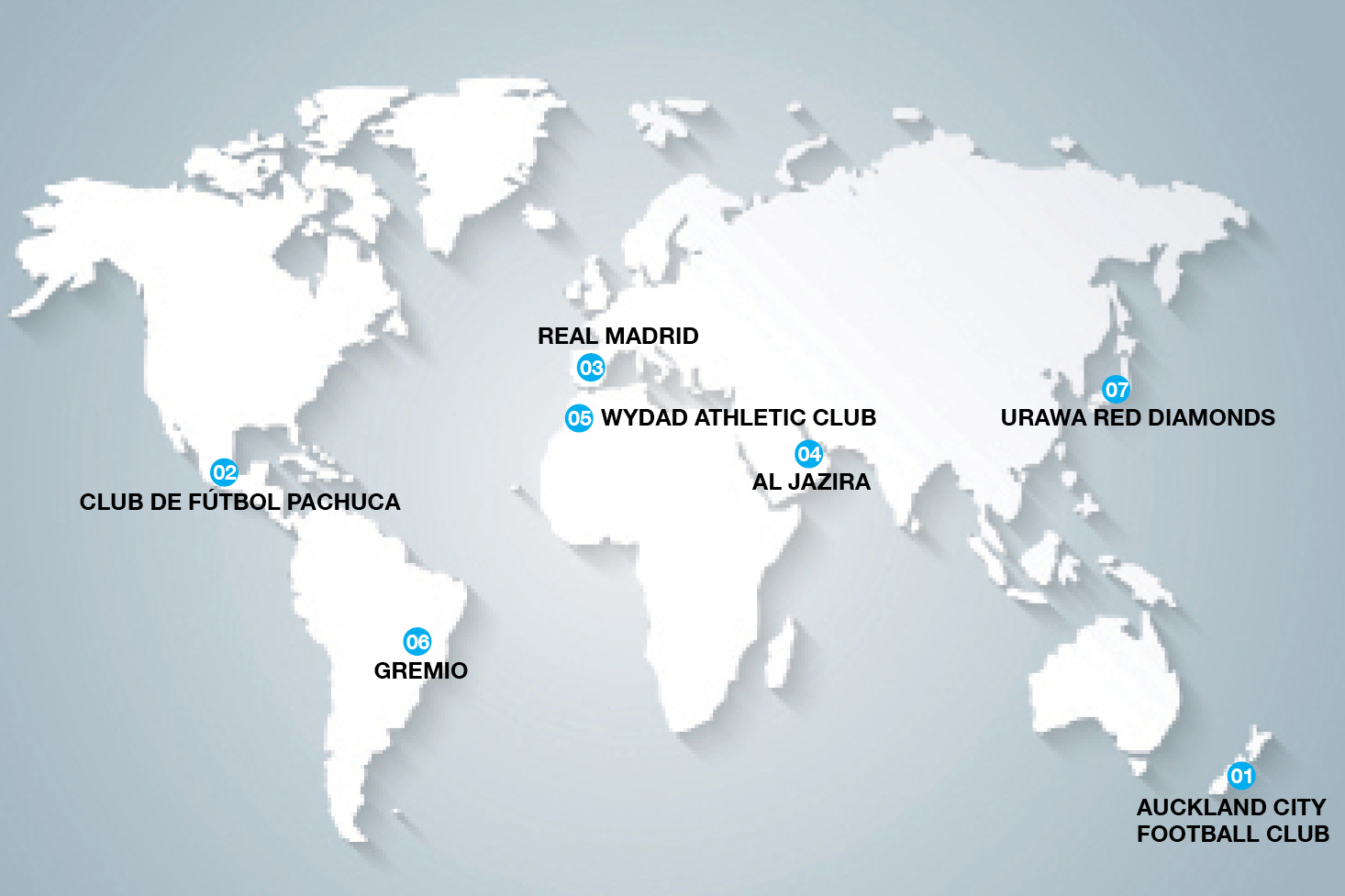 There are seven teams competing in total, including local boys Al Jazira, and the matches take place in the city at Zayed Sports City and also in Al Ain at the Hazza Bin Zayed Stadium. The first match is tonight in Al Ain at 9pm, with local boys Al Jazira taking on Auckland City FC. Here’s our guide to the teams and also to the Fifa Roadshow, which is a great way for kids to get involved and learn more about the beautiful game.

You might not know much about football in New Zealand, but Auckland know a lot about the Fifa Club World Cup – they’re regulars at this tournament. The team was only founded back in 2004 but managed a third-place finish at this tournament in Morocco back in 2014. Want to know why that’s impressive? They’re a semiprofessional team, meaning all their players have full-time jobs away from the pitch.
Player to look out for: Micah Lea’alafa is a goalscoring midfielder who’s also scored four times in international matches for the Solomon Islands.

The tournament’s star attraction – Real are one of the biggest teams in the world. They’ve won the Spanish league a record 33 times and have bagged 12 European Cup/UEFA Champions League titles (they last won it back in June, beating Juventus 4-1 in the final in Cardiff). The team’s star man, of course, is Portuguese legend Cristiano Ronaldo, but there’s more to the team than just him – the manager is former France international (and Real player) Zinedine Zidane. He only took over in 2016 but steered the Spanish side to their first league trophy in five years in his first season.
Player to look out for: Ronaldo, plus Welshman Gareth Bale and Croatian midfielder Luka Modric.

The local boys. When two teams, Al Bateen and Al Khalidiyah, merged back in 1974, little did they know they’d be playing in the same tournament as one of the biggest sides in the world some 44 years later. They’re one of the UAE’s more successful teams of late, and have won President’s Cups and one GCC Champions League. They won the UAE Pro-League title last season.
Players to look out for: Goalkeeper Ali Khasif has played 11 times for the national team. Young rising star Khalfan Mubrak, a midfielder, is only 22. Striker Ali Mabkhout is a goal machine.

The Moroccan team won their first league title back home in 14 years back in 2016. They’re based in Casablanca and that league trophy last year was their 14th in total. They’ve also won Morocco’s Throne Cup nine times.
Player to look out for: Skipper Brahim Nekkach has eight caps with Morocco’s national team, and the midfielder has made more than 60 appearances for the club.

The Brazilian club are based in Porto Alegre, Rio Grande do Sul and are one of the country’s richest clubs – they have also won the Brazilian League a phenomenal 36 times. They qualified for Abu Dhabi by winning South America’s prestigious Copa Libertadores, with a 2-1 win away at Argentinian side Lanus. Along with Sao Paulo and Santos, they’re the most successful Brazilian side in the history of the Copa Libertadores – they’ve romped home with the trophy three times.
Player to look out for: it’s all about the strikers – Brazilian Luan and Argentinian Lucas Barrios. Gremio scored 25 goals to qualify for Abu Dhabi, and the pair netted 14 of those between them.

Hailing from Japan, Urawa play in the J-League and qualified for Abu Dhabi by winning the 2017 AFC Champions League in Asia (they last won it ten years ago). Urawa used to be a city in its own right, but is now a part of Saitama City. Founded in 1950, the Diamonds are reknowned for attracting some of the biggest crowds to matches in the country. They’ve won the J-League title once, back in 2006, and the J-League Cup twice, the last time in 2016.
Player to look out for: Brazilian forward Rafael Silva scored the winning goal in the AFC Champions League – he also finished as second best scorer in the competition with nine goals. Yōsuke Kashiwagi runs the show from midfield. Check him out in the video above.

Check out the Fifa Roadshow 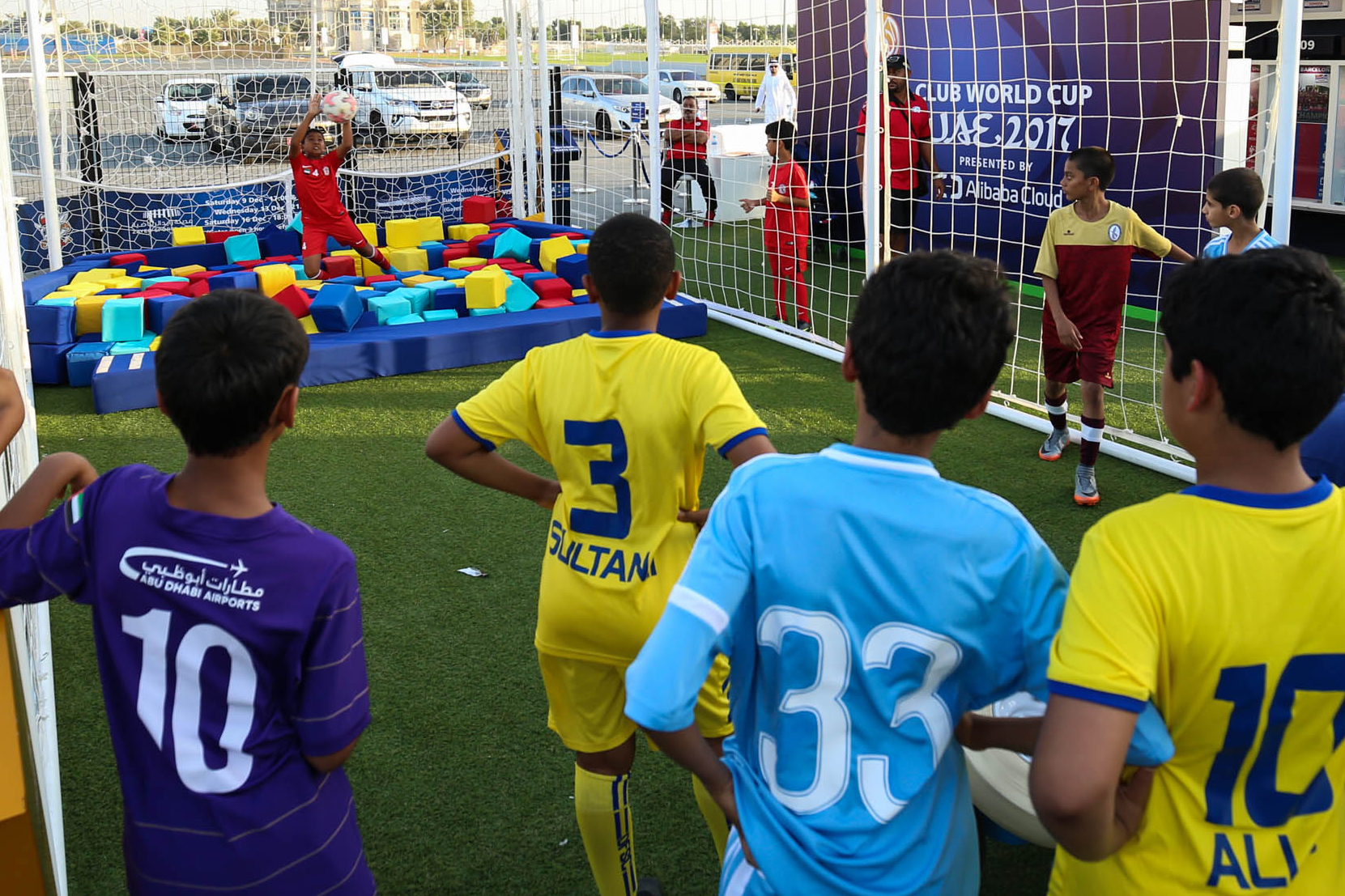 There’s action taking place off the pitch also – the Fifa Mobile Roadshow will have visited a whopping 75 locations in over 200 days leading up to the start of the tournament. Aimed at kids, there are 12 skills-based games for them to test their football abilities (such as dribbling skills, goalkeeper skills and shot accuracy) and one participant will be crowned the Fifa Club World Cup Ultimate Hero at the end of the tournament. There’s prizes up for grabs as well.
qqfifacwc.ae/roadshow

News
Sport & Fitness
Things to do
EDITOR’S PICKS
So, when is the next UAE public holiday in 2021?
READ MORE
All of the lavish new hotels set to open in Dubai in 2021
READ MORE
16 of the best pool passes in Dubai that are fully redeemable
READ MORE
All of the restaurants at West Beach, Palm Jumeirah
READ MORE
MOST POPULAR
Abu Dhabi tourists can now get free vaccines through SEHA
Before and after: Stunning photos capture Dubai’s incredible transformation
Etihad wins Best Cabin Crew and Frequent Flyer Programme awards
Flash sale: This Dubai hotel has 40 per cent off and free attraction tickets
The best deals we've found in Amazon's Prime Day sale
YOU SHOULD CHECK OUT
Our website uses cookies and other similar technologies to improve our site and your online experience. By continuing to use our website you consent to cookies being used. Read our privacy policy here.