Big tackles, big crowds and a big party add up to a riotous weekend at the Emirates Airline Dubai Rugby Sevens…

7 things to know about the game

1.There are five ways to score

Try = Five points
Touching the ball on or over the try-line.

Conversion = Two points
After every try, the team can try to kick the ball over the crossbar.

Penalty kick = Two points
Awarded for a certain infringement – players have the chance to kick the ball over the crossbar.

Drop-goal = Three points
This is a kick in open play when the ball is dropped to the ground then kicked between the posts and over the crossbar.

Penalty try = Five points
If foul play has been deliberately committed to prevent a try then a penalty try can be awarded. 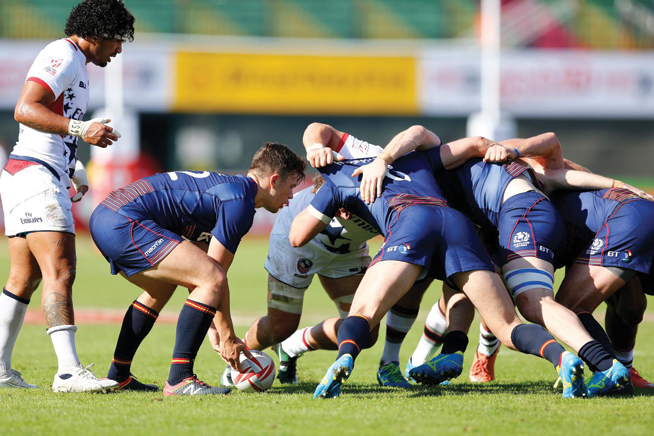 When play is stopped for minor infringements, it is restarted by a scrum. During a scrum, the ball is rolled into the middle of the two opposing ‘packs’. All players must be behind their side. 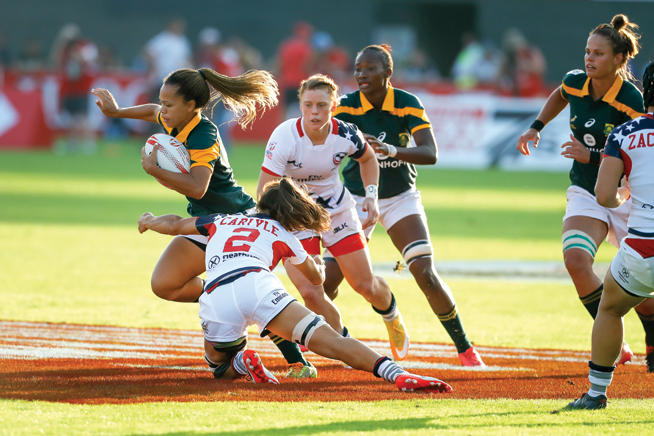 Tackles must be lower than the shoulders. If the tackled player is brought down, they must release the ball so both teams can contest possession.

There are seven players on the pitch for each team: four backs and three forwards.

While the world’s best Rugby Sevens stars battle it out on pitches 1 and 2, the surrounding six pitches see hundreds of teams take part in the rugby invitational tournaments.

Dubai 7s by the numbers 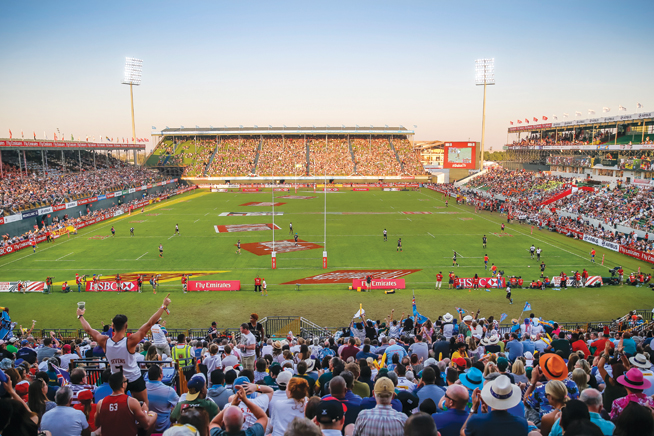 689 – Rugby matches to be played across the three-day event

42 – Netball teams in the Netball Tournament

7 things to look out for at the Sevens 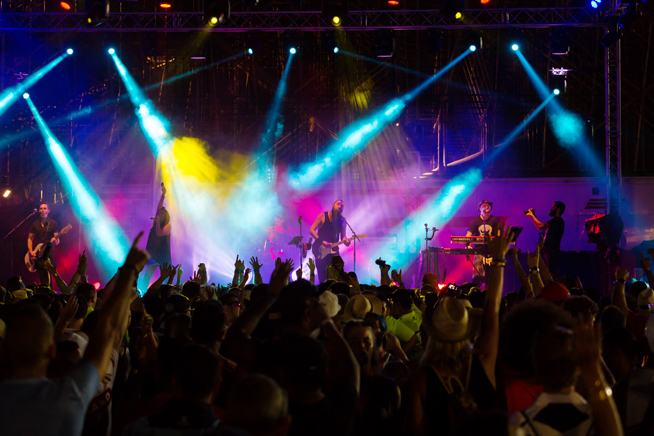 The on-pitch entertainment comes from a Robbie Williams tribute act who will be strutting his stuff on pitch 1. Then, Rugby Rock entertains the wildest of fans well into the night with The Boxtones and The Distillers on stage on Friday and Saturday night. 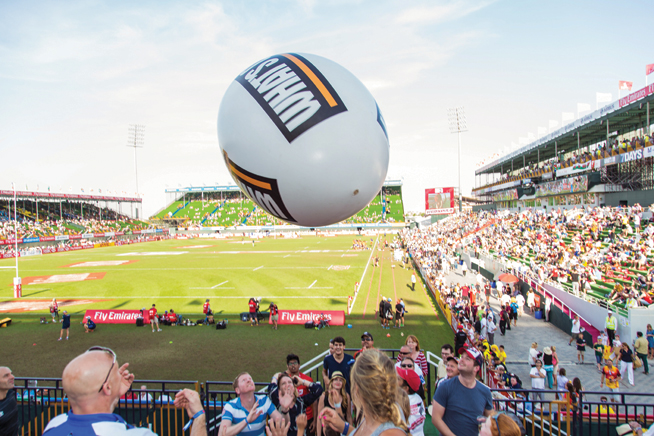 It’s back, it’s big, it’s the What’s On rugby ball, and it’ll be surfing the crowd all weekend long. 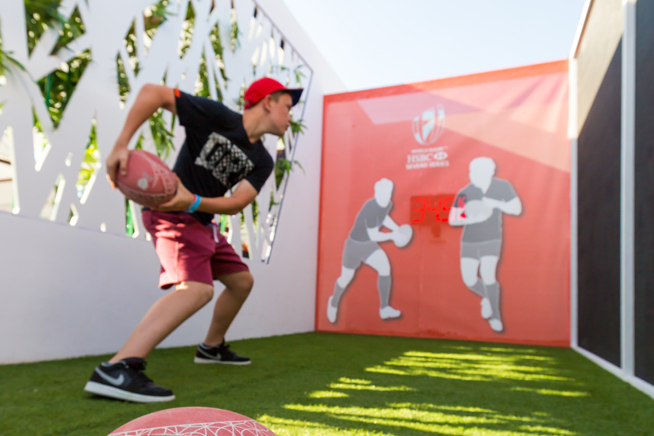 This year FastPay returns, sponsored by HSBC, the easy way to pay onsite at the Emirates Airlines Dubai Rugby Sevens across food and beverage outlets.  Pick up your wristband on the day or ahead of the event at various MMI outlets.

Kids under 12 can experience the stadium and the Rugby Village free with plenty to keep them entertained. The popular Sabaa 7s Club is even bigger and better this year with brand new interactive games, challenges, remote control car competitions, a huge bouncy slide, face painting and much more with added attractions.

For the older kids, the Virgin Radio Dubai Teen Zone returns where teenagers can listen to their favourite music and get involved in popular gaming stations while they hang out with friends. 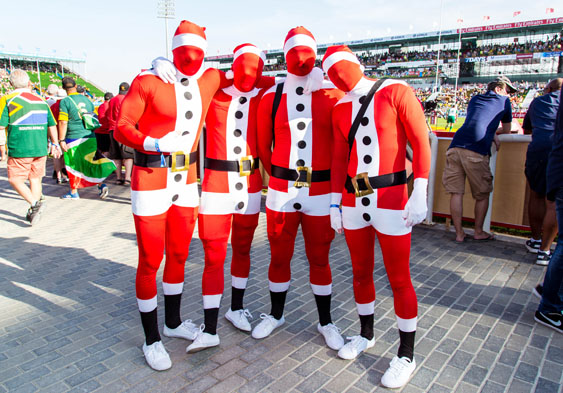 Want to look the part at the Dubai Rugby Sevens? Herd up your friends and plan ahead. This year’s theme is #RunWild.

Aside from all the rugby, the invitation netball tournament is back for its third year with 46 competing teams.

With five different food and drink zones, there will be something to suit everyone 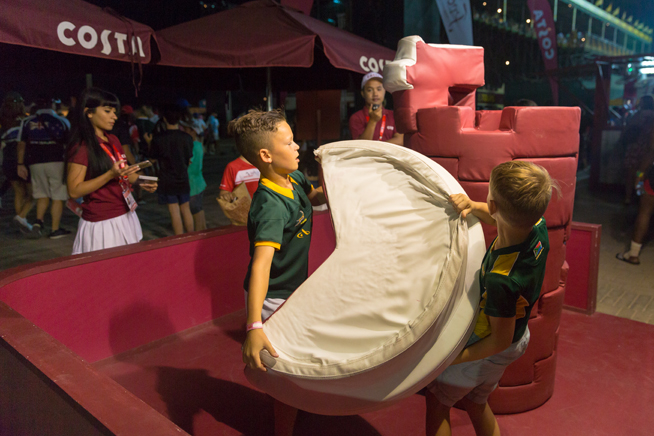 For those taking their children, the Family Zone is the ideal place to be, offering classic meals from Left Bank and Giraffe and refreshing ice-cold coffees and Frostinos from the Costa truck and Costa Nitro Bike. 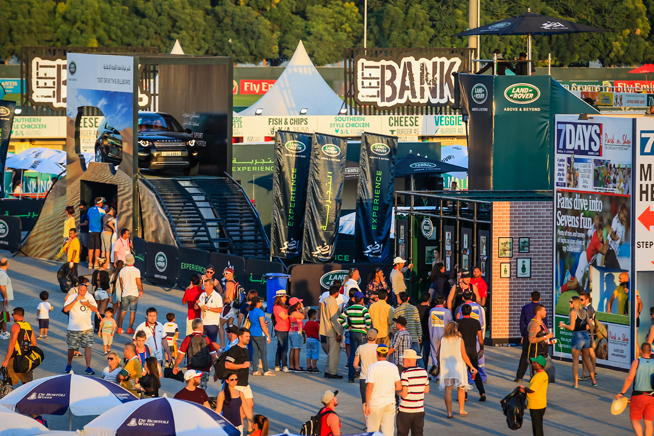 For the up-for-it crowd there is the ever popular Party Zone where they will find plenty of fun at Bidi Bondi, Left Bank and, of course, the Heineken tavern. 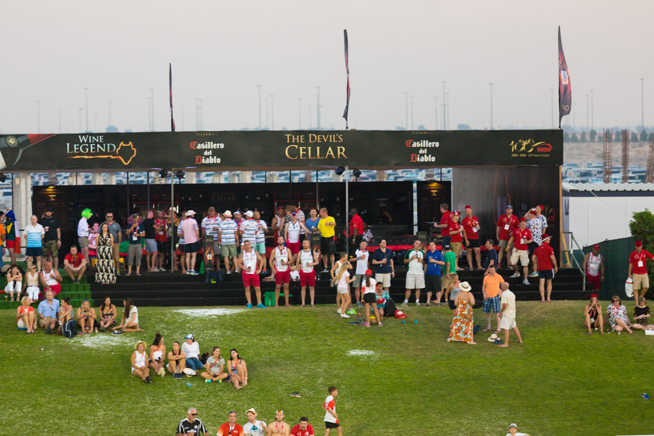 If it’s a chilled out afternoon that’s on the agenda, then head over to the Relax Zone where Mr Toads will be serving up some craft drinks and wholesome food. There’s also an MMI Grape bar, perfect for lounging on the grass and watching the action unfold on the rugby fields. 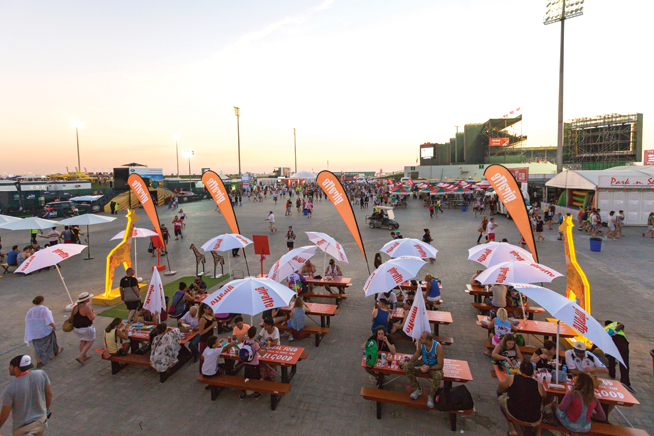 The on-trend street food area will be offering pizzas, wraps, burgers and everything in between from a variety of trucks and pop-up kiosks.