One in a million: 10 facts about the iconic Louvre Abu Dhabi building

Louvre Abu Dhabi finally opened to the general public yesterday. But how much do you know about the actual building on Saadiyat Island? Here’s your guide to that spectacular dome

The design
Architect Jean Nouvel is the genius behind the dome – his inspiration for Louvre Abu Dhabi came from the Arab world’s low-lying settlements and medinas. It is described as a museum city floating in the sea. 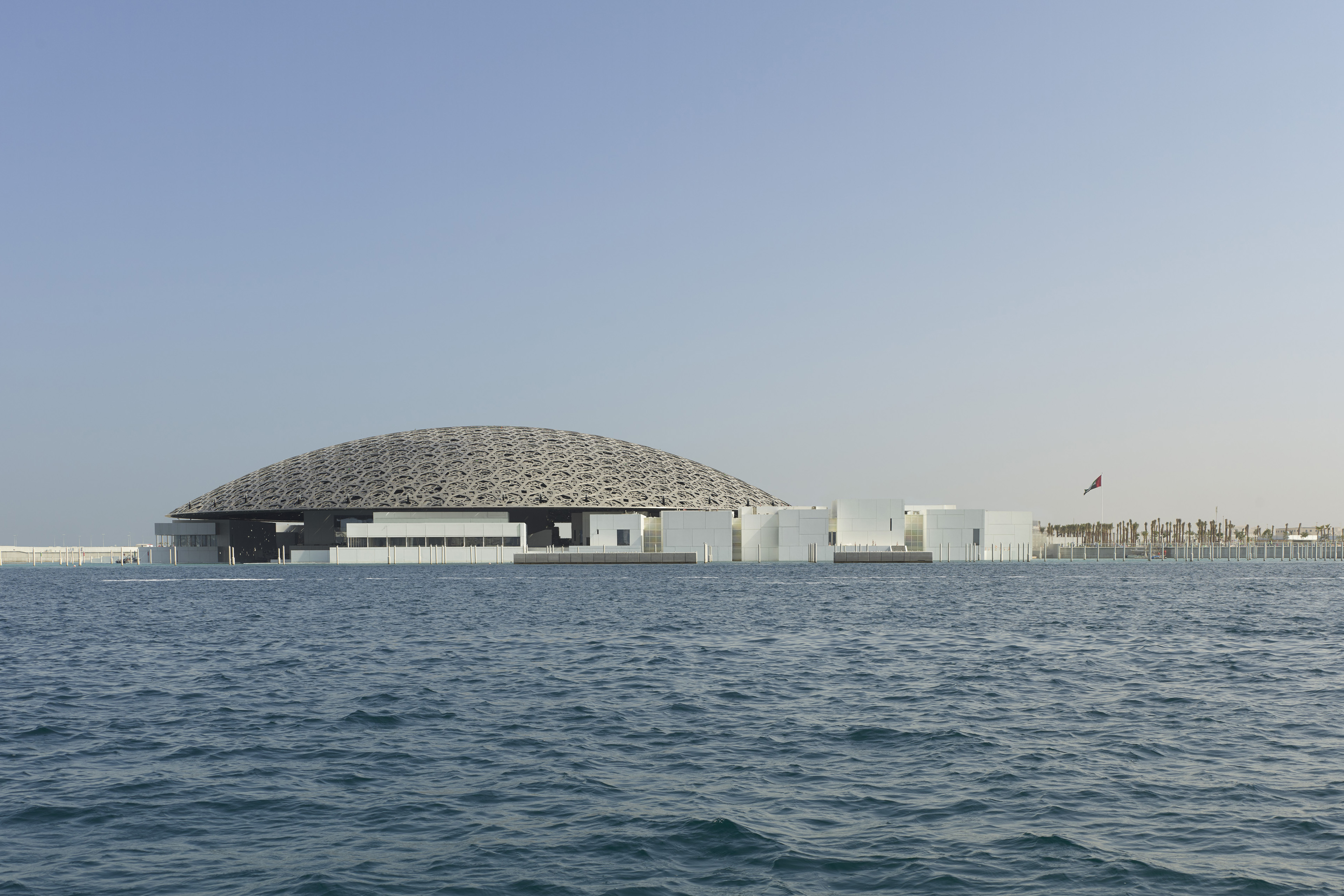 A man of many talents
He has designed many other iconic buildings including the Philharmonie in Paris, France, the Guthrie Theater in Minnesota, USA and the Arab World Institute in Paris, France.

The dome
The dome weighs 7,500 tonnes and work officially started in 2009 on the impressive structure. 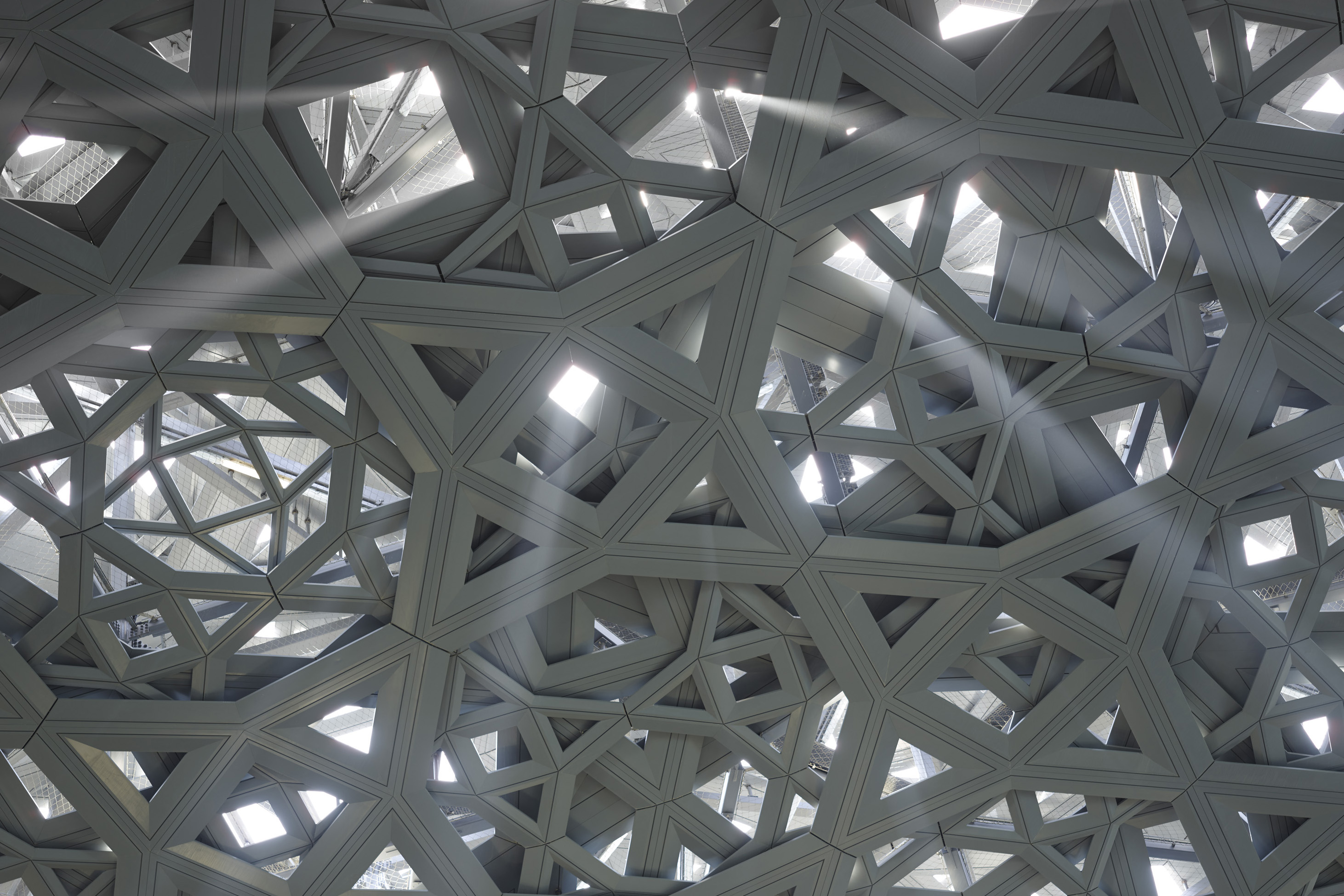 Rays of light
You’ll notice there’s a fair few holes in the structure of the Louvre. This is to let sunlight in, Louvre Abu Dhabi’s ‘rain of light’, which passes through a total of eight layers that filter the sunlight.

A building with many layers
Of those eight layers, there are four outer layers clad in stainless steel and four inner layers clad in aluminium, separated by a steel frame five metres high. The frame is made of 10,000 structural components pre-assembled into 85 super-sized elements, each weighing on average 50 tonnes.

So what’s inside?
55 buildings, 23 galleries, 1 temporary exhibition space, a 1,200-seater auditorium, and a two-storey children’s museum.

Always cool
The Louvre has its own microclimate, thanks to the dome that acts as a canopy, letting light in but keeping direct sunlight out. Much of the structure is made from reflective materials, and the floor is made of stone that benefits from night cooling, to keep the temperature inside down. 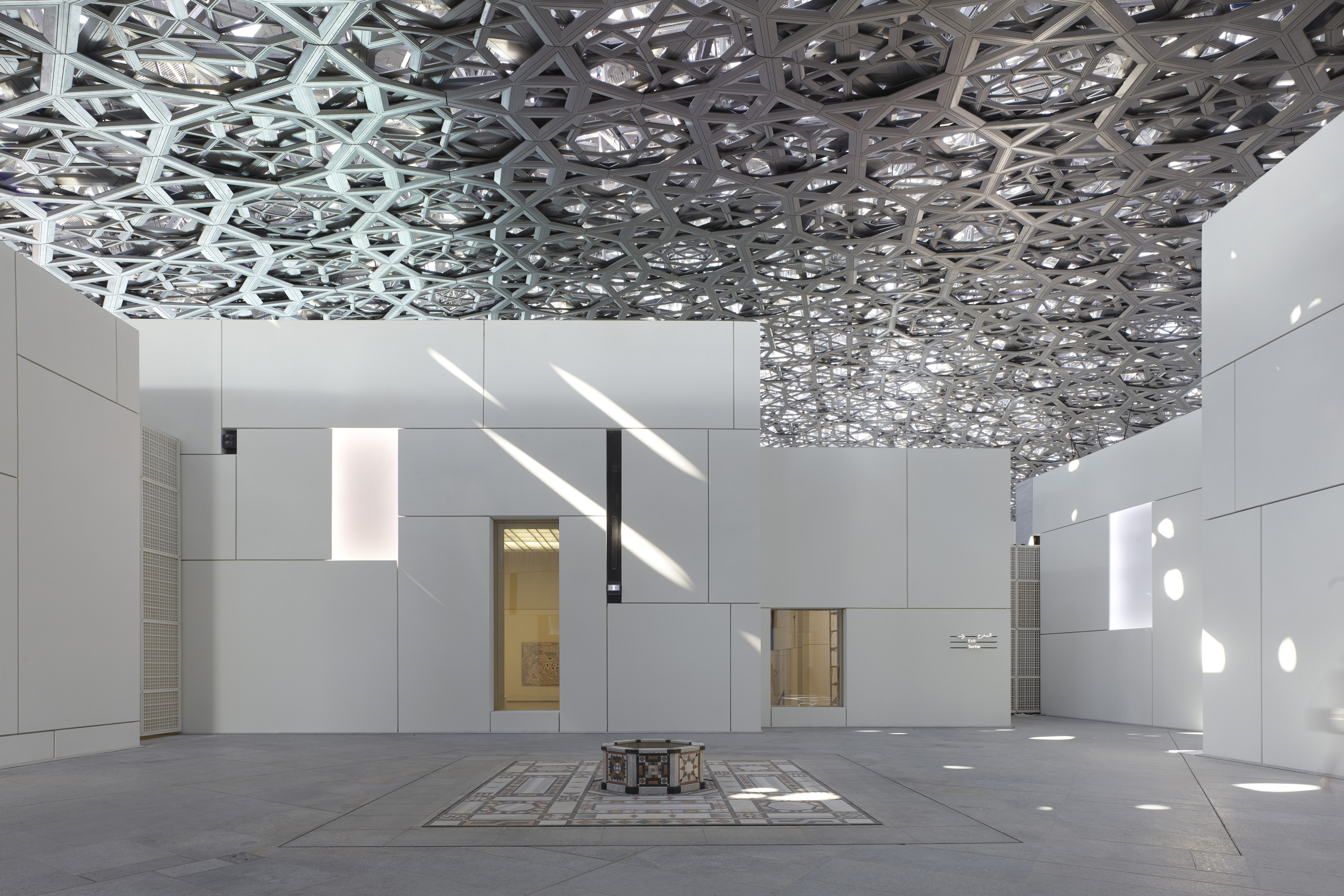 A place to eat
There’s a café inside that Nouvel also designed – it’s inspired by the optical art movement of the 1960s. Look one way and the décor seems almost entirely white. Look another direction and your eyes will see a rainbow of colours. A restaurant, also designed by Nouvel, will open in 2018 and the design is inspired by Arabic patterns and will offer panoramic views of the ocean.

The art
The pieces on display at the Louvre cover human history, and the organisers claim it emphasises exchange and the shared human experience. It covers everything – the birth of civilisations and empires, and looks at trade, religion, voyagers and more. Click here for our guide to what’s inside.

Art
Culture
News
Things to do
EDITOR’S PICKS
Ain Dubai will open with fireworks, live music and a drone show
READ MORE
Incredible Aura SkyPool to open in Palm Tower this November
READ MORE
Brit Grand Slam hero Emma Raducanu confirmed for Mubadala Tennis
READ MORE
What’s On Nightlife Awards 2021: Here are the nominees...
READ MORE
MOST POPULAR
Why Armani/Hashi is trending hard on the Japanese cuisine scene
Celebrate creativity at City Walk during this three-weekend event
This Heinz Beck brunch at Waldorf Astoria just got an upgrade
10 brilliant things to do in Abu Dhabi this long weekend: Oct 21 to 23
Experience Arabesque elegance at Asil's Saturday lunch
YOU SHOULD CHECK OUT
Our website uses cookies and other similar technologies to improve our site and your online experience. By continuing to use our website you consent to cookies being used. Read our privacy policy here.