Another huge weekend in the capital, featuring the final race of the F1 season, the Yasalam after-race concerts and a whole lot more

F1 weekend starts today – and so do the Yasalam after-race concerts. Calvin Harris will kick off the Formula 1 festivities – the 33-year-old Scot happens to be the world’s highest-earning DJ and you can expect to hear his many superstar collaborations, including his three tunes with Rihanna (This Is What You Came For, We Found Love and Where Have You Been). His latest album Funk Wav Bounces Vol.1 was released back in July. Don’t forget, you need a race ticket to get to see the star perform.
du Arena, Yas Island, Abu Dhabi, 7pm. thinkflash.ae

Check out a rabbit’s tale 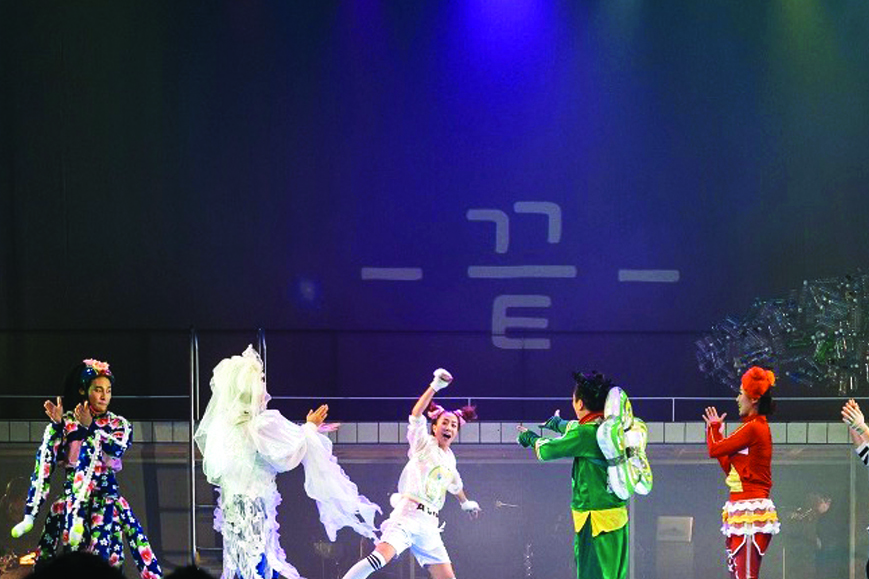 There’s a new Disney-Pixar movie out

Coco is out today, a tale about young musician Miguel who goes on a journey to the Land Of The Dead with trickster Hector. It’s a heartwarming story about family that has opened to strong reviews. Gael García Bernal, Anthony Gonzalez, Benjamin Bratt and Renée Victor supply the voices.

Plug in and play at Games Con

There’s a fashion and entertainment show on at Mushrif Mall 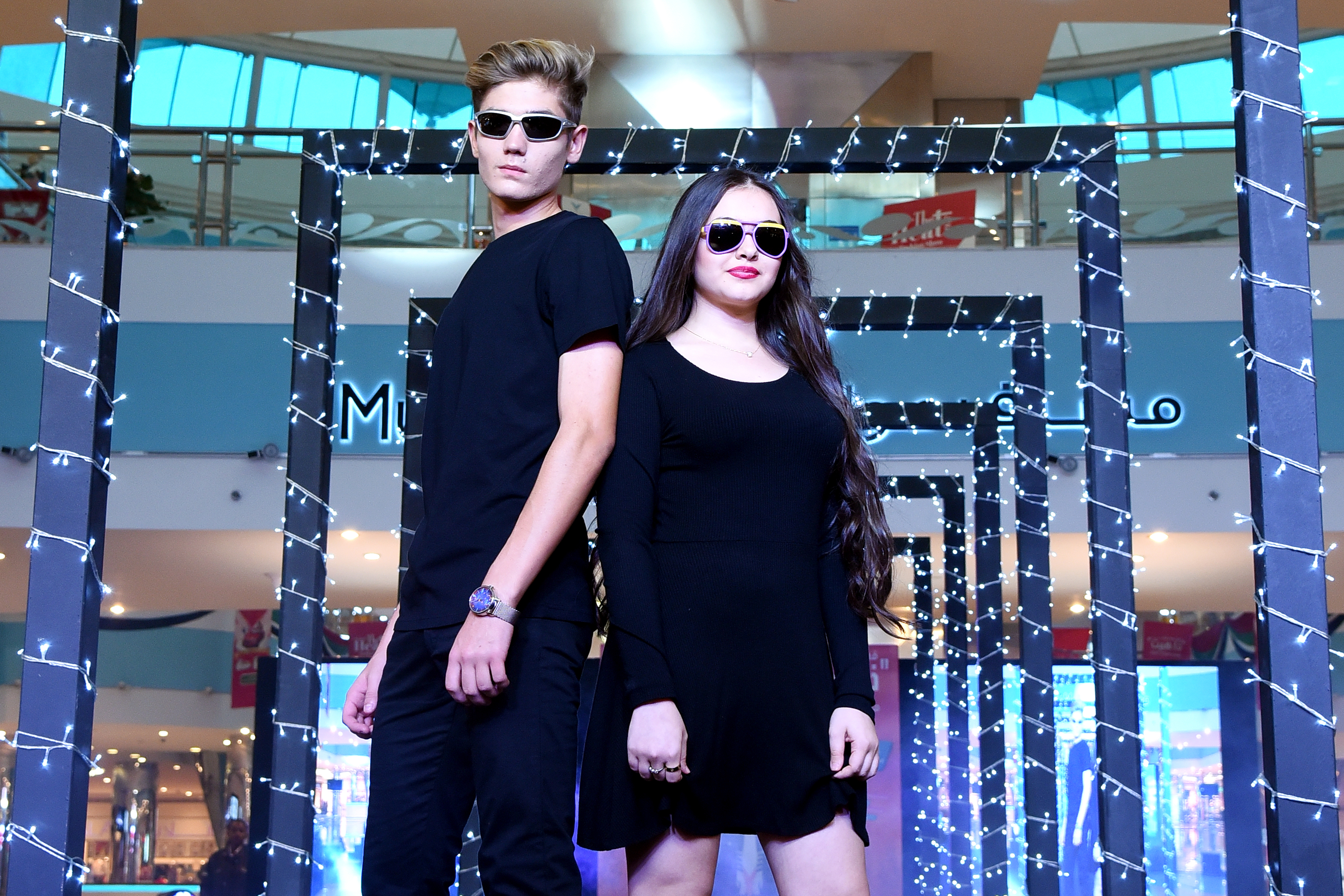 The platinum selling, hip-hop producer and performer J. Cole headlines on Yas tonight. The star, who was born in Germany but grew up in North Carolina, is a multi-Grammy-nominated artist. You can expect tracks from his last album 4 Your Eyez Only, which he released in April of this year. It’s a platinum album that went in at No1 on the Billboard 200 chart when it was released.
du Arena, Yas Island, Abu Dhabi, 7pm. thinkflash.ae

Go to an F1 party 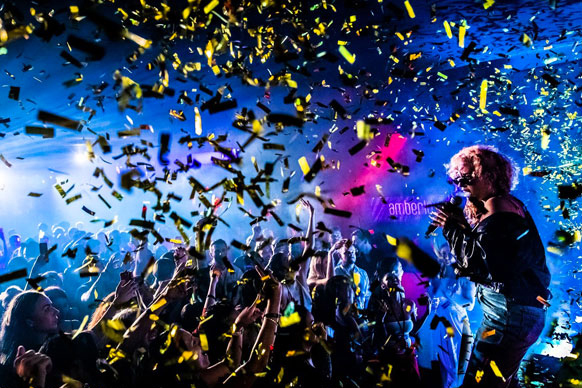 Iris, Amber Lounge, Yas Beach – there’s loads of places in the capital holding parties for F1 weekend. There’s also some big music names in town, including DJs Carl Cox, Tiesto and Martin Garrix (they’re performing at the du Forum for Beyond The Track), plus Busta Rhymes, Iggy Azalea, Ne-Yo, French Montana and a whole lot more. Check out our comprehensive F1 weekend guide for all the parties and gigs going on.

See Goldilocks and those three bears 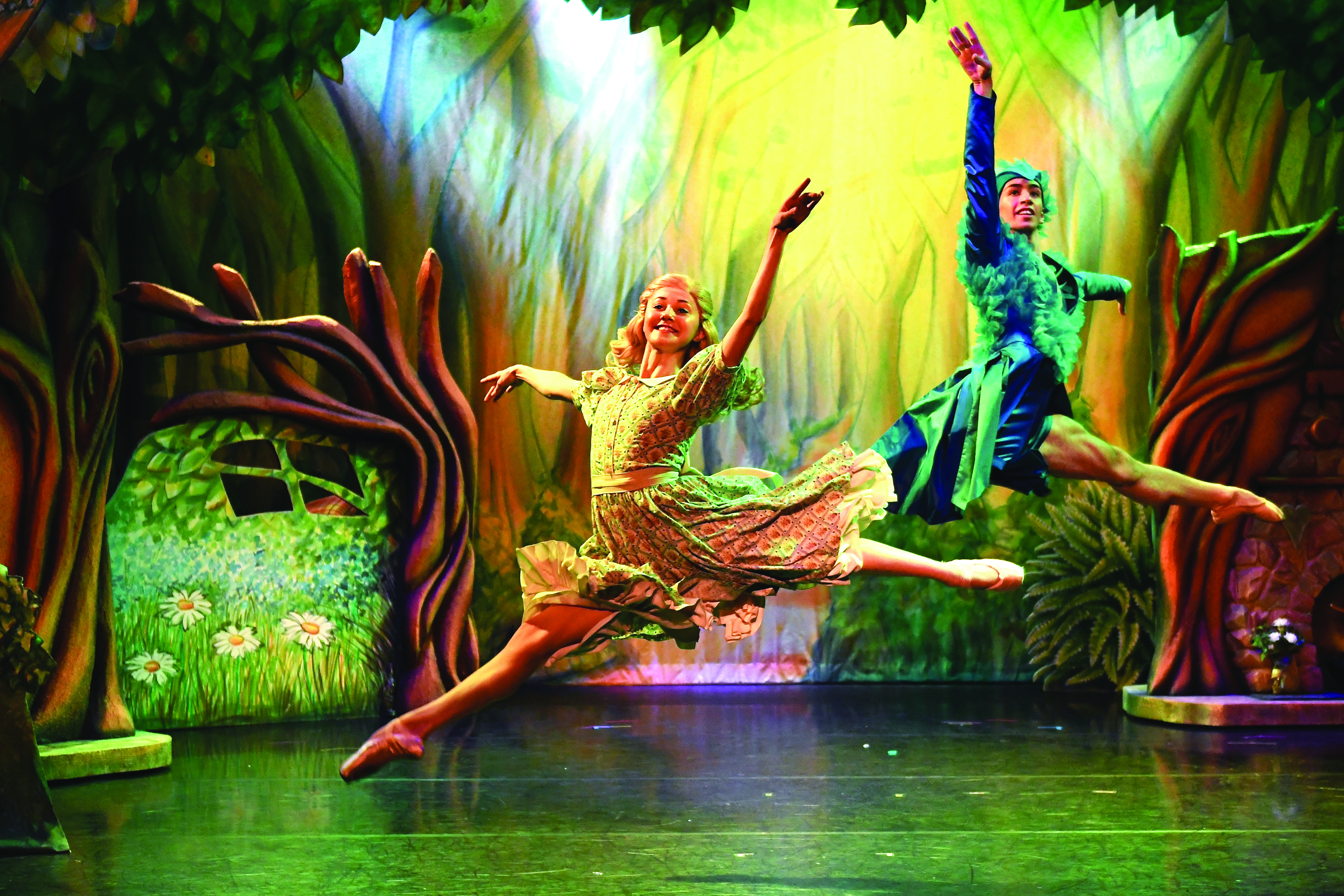 The classic tale of porridge, bears and a little girl called Goldilocks was written way back in 1837 by British author Robert Southey and it’s delighted, and occasionally terrified, kids ever since – and this weekend you can see a musical version of it, performed by the UK’s Northern Ballet (they’re from Leeds).
November 24
Abu Dhabi National Theatre, Al Nayhan, Abu Dhabi, Fri, Dhs110 to Dhs185. Tel: (04) 3042340. Taxi: next to Sky News building. artforall.ae

Get The Fever at NYU 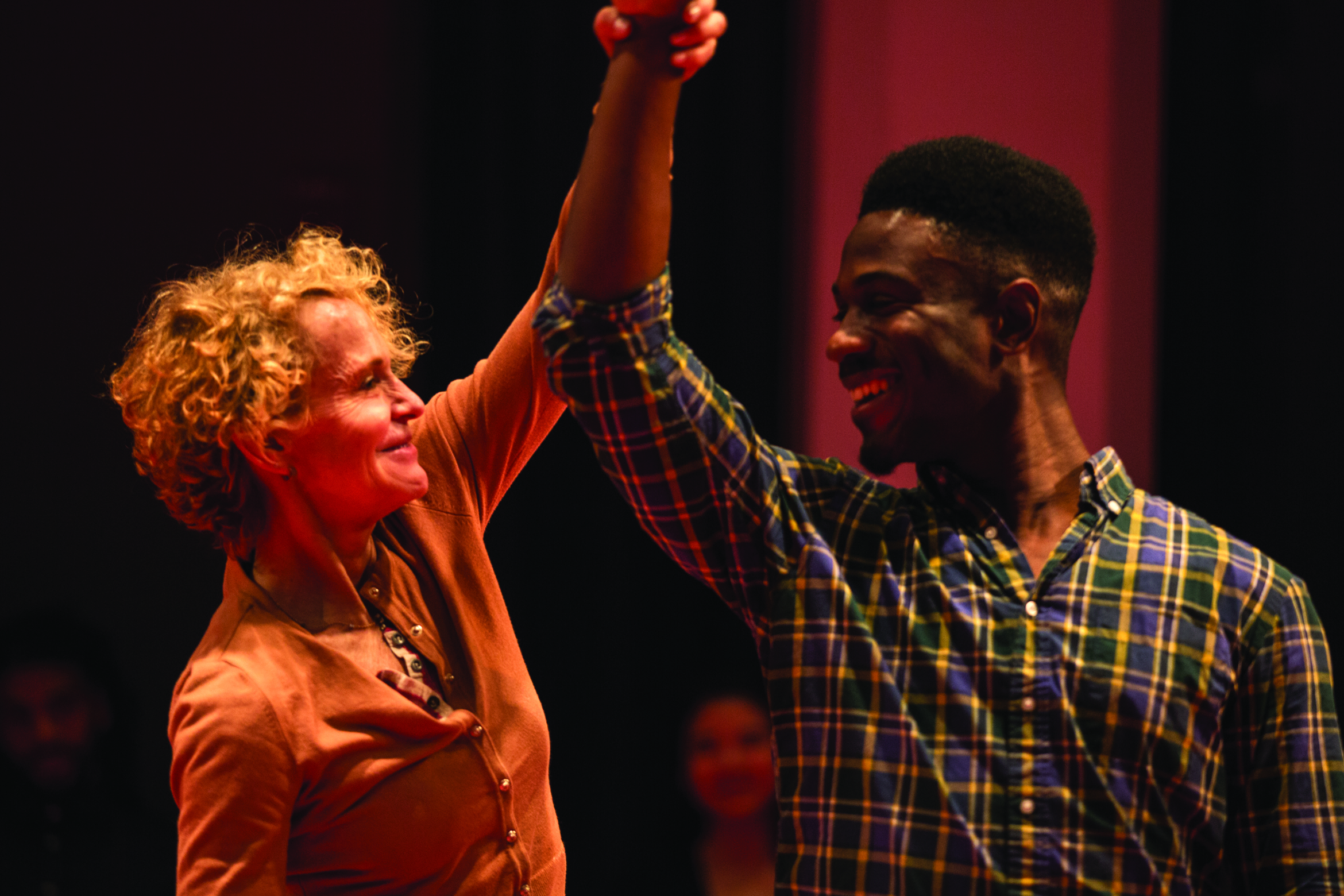 NYU hosts a series of performances of The Fever this weekend, by artists Abigail Browde and Michael Silverstone (who work under the moniker 600 Highwaymen) – and this one is for those
of you who like a bit of audience participation. It’s a stage show that sees members in the crowd drag each other across the floor, hold hands in circles, perform dance moves and lots more.
November 24, 25, 26, 28
NYUAD Arts Center, Saadiyat Island, Abu Dhabi, free (advance booking required), Fri, Sat, Sun, Mon. Tel: (02) 6284000. Taxi: NYUAD. nyuad.nyu.edu

Get your kids on their bikes 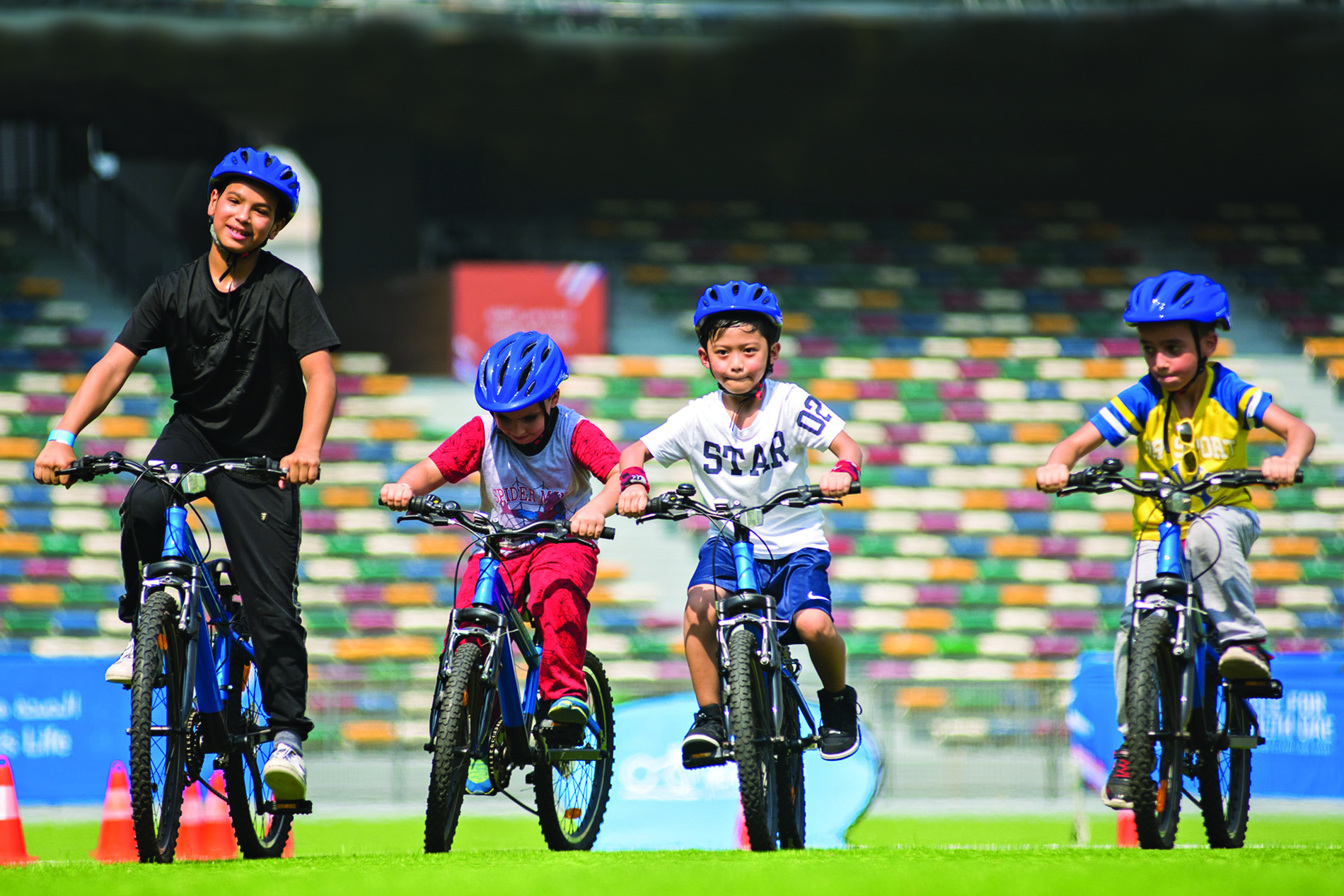 Cycle For Health UAE, an event organised by Cleveland Clinic Abu Dhabi with Healthpoint and the Imperial College London Diabetes Centre, takes place in Zayed Sports City – on the day you’ll find a 1.9km-long course for beginner cyclists to hurtle around. It’ll take you on a loop of the stadium at Zayed City, plus closed roads. There are bikes and helmets available for you to use for free and the event is very much aimed at families and beginners who want to find out more about the benefits of pedal power. There’ll be lessons for kids taking their first steps on a bike. There’ll also be free health screenings on the day, workshops on exercises you can try, plus healthy food cookery demos.
Zayed Sports City, Abu Dhabi, Fri 9am to 1pm, free. Taxi: Zayed Sports City. clevelandclinicabudhabi.ae 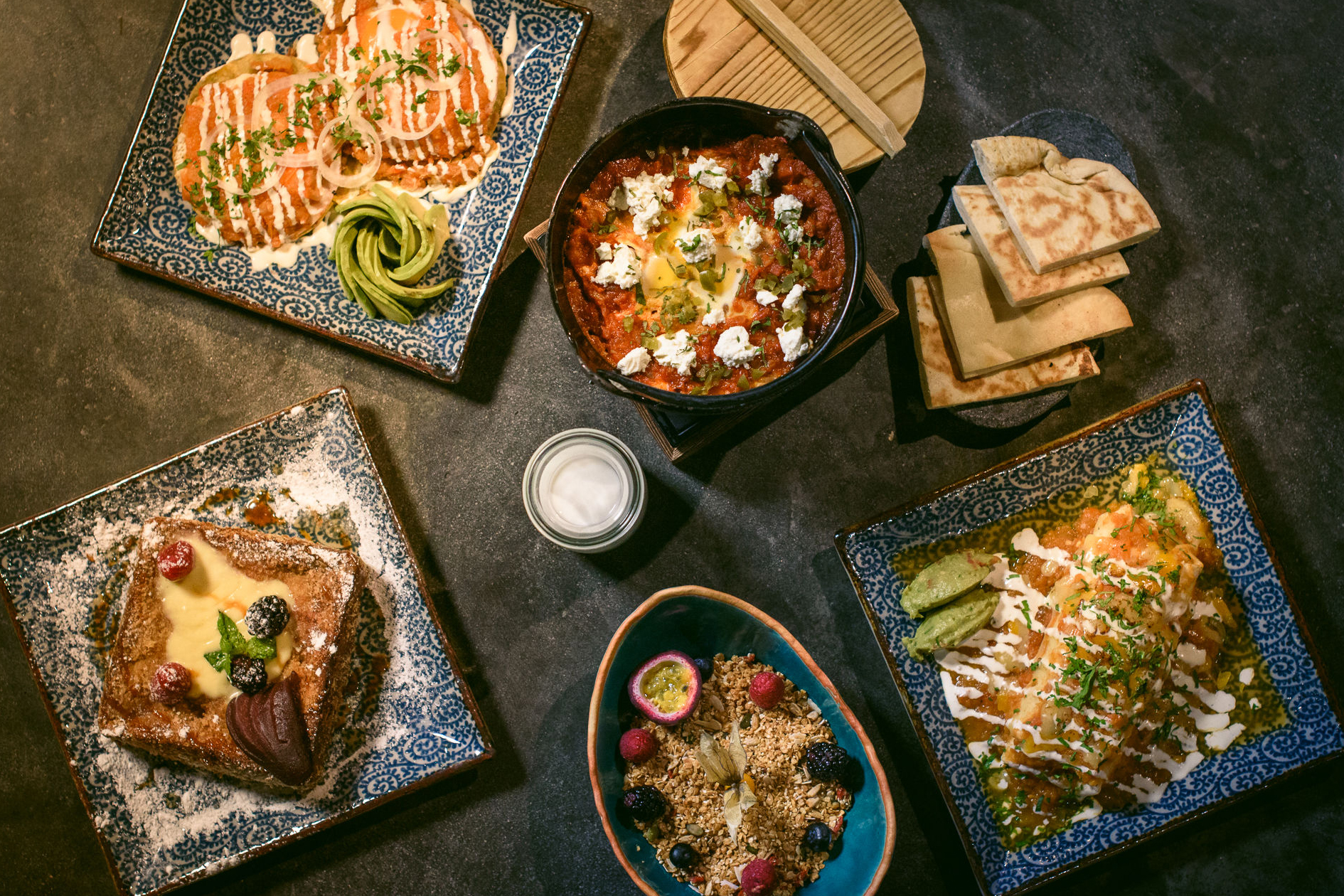 Mumford And Sons at Yasalam

The British rock four-piece formed a decade ago and have amassed several awards including two Brit awards and an album of the year Grammy for their 2012 release, Babel. The album remains the fastest selling rock album of the decade. See them on Yas tonight (if you are a race ticket holder).
du Arena, Yas Island, Abu Dhabi, 7pm. thinkflash.ae

Take in some culture at Louvre Abu Dhabi

Pink is your last Yasalam headliner

Pop queen Pink (aka Alecia Beth Moore) will finish things off on the Sunday. The singer, songwriter, dancer and actress has a 21-year reign and a powerful, gutsy voice, and a huge vocal range.
du Arena, Yas Island, Abu Dhabi, 7pm. thinkflash.ae

We’ll forgive you for forgetting that while many people will converge on Yas this weekend for the gigs, there’s the small matter of the F1 seasons coming to an end. Only pride is at stake this year – Lewis Hamilton has already been crowned the champ for the 2017 season.
Yas Marina Circuit, Yas Island, Abu Dhabi, 5pm race start. yasmarinacircuit.com