Because everyone loves a good Dubai snap…

Famously tough British celebrity chef Gordon Ramsay was in Dubai over the weekend as part of Atlantis The Palm’s culinary month. He spent three days at the helm of his Dubai restaurant Bread Street Kitchen, entertaining kids, hosting quiz nights and posing for snaps with fans.

Hey @tillyramsay01 ! I got my new friends at @breadstreetkitchendubai to sing a little song for you xx #dubai

He’s in town to make a guest appearance at the final weekend carnival of the Dubai Fitness Challenge, but that hasn’t stopped professional boxer Anthony Joshua getting in some down time. He posted a Burj view selfie to his instagram, but has also been spotted hanging out with Youtube star Logan Paul, and partying hard at super club Base.

Making the most of her time in Dubai ahead of her Autism Rocks gig (which will be dry FYI), Jennifer Lopez, aka J-LO and boyfriend Alex Rodriguez aka A-Rod have been spotted at several hotspots in the city. As well as dining at Catch and heading to Bikram yoga, the duo were spotted dining at Nobu, with none other than chef Nobu Matsuhisa himself.

With the great Chef Nobu Matsuhisa in Dubai!

YouTube star and influencer Logan Paul has been meeting and greeting fans all week and in his spare time, he’s been doing what all of us do on the weekends, taking pictures feeding lions of course. He’s also been spotted catching up with boxing star Anthony Joshua.

He was in town for What’s On Dubai’s annual Party In The Park gig, where he rocked the Media City Amphitheatre entertaining thousands of fans with his solo material as well as Oasis hits. But clearly he’d been keeping up with What’s On, as he later headed to our recently crowned Favourite Newcomer Restaurant, Sean Connolly at Dubai Opera for a late dinner, before jetting off to San Francisco. 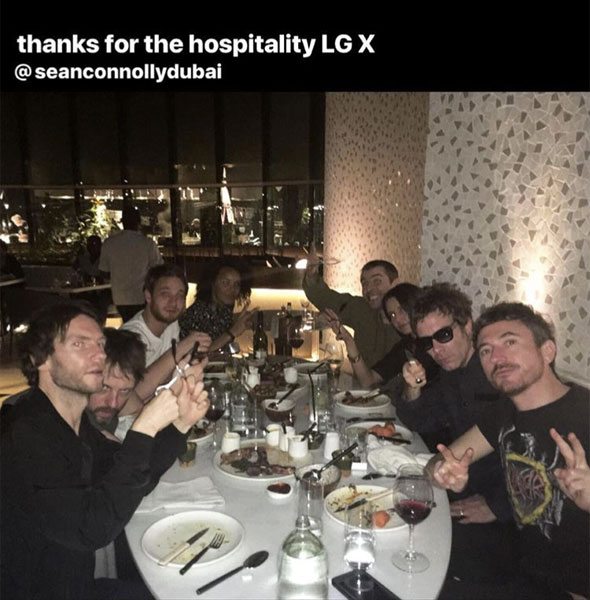 He’s already been spotted in Dubai a couple of times this year, and it looks like Akon is back for more. He was spotted supporting Coolio at his gig at White Dubai last week, and it looks like Akon has stuck around. He was also papped partying with Logan Paul, Gordon Ramsay and Anthony Joshua at Base over the weekend. Who knew they were all pals? 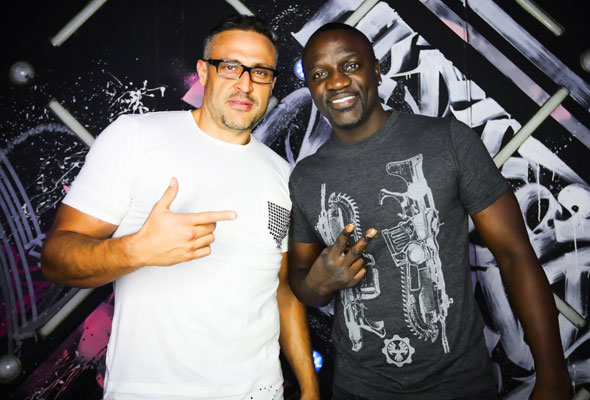 News
EDITOR’S PICKS
Ramadan in Dubai: 48 iftars to try
READ MORE
Where can Dubai residents travel? Check out these 14 destinations
READ MORE
Rumours, facts and reveals: New Abu Dhabi bars and restaurants
READ MORE
UAE announces reduced working hours for Ramadan 2021
READ MORE
MOST POPULAR
A new Spanish restaurant has opened its doors in Barsha
A stunning new mangrove forest has opened in Dubai
Dubai clarifies rules surrounding dining outdoors in Ramadan
Abu Dhabi Police warns public not to fall for beggar tricks
Splash around with these summer deals at waterparks in Dubai
YOU SHOULD CHECK OUT
Our website uses cookies and other similar technologies to improve our site and your online experience. By continuing to use our website you consent to cookies being used. Read our privacy policy here.