The special tradition is known as Salat Al Istisqa…

While it’s been getting noticeably cooler in the UAE over the last month, we’re yet to see a single raindrop on our windscreens.

But that could be about to change. His Highness Sheikh Khalifa bin Zayed Al Nahyan, president of the UAE, has called for a prayer for rain to be performed in all mosques and musallahs throughout the country at 11.30am on Friday.

Sheikh Khalifa asked all Muslims in the UAE to pray to Allah to bless the country and its people with rain and mercy.

A prayer for rain, you may ask? That’s right. Many religions have specific prayers or rituals to encourage rainfall, and in Islam, this is called Salat Al Istisqa. 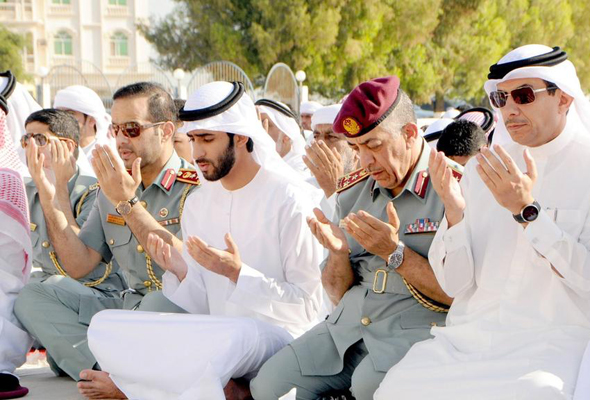 Following the teachings of Prophet Muhammad (peace be upon him), whenever there is a long drought, the president of a state must issue an order for the prayer to be performed, according to The National.

The prayers are often held in Arabian Peninsula countries, where rainfall is very rare.

In January, for example, Muslims across the UAE came together to perform the prayer in the midst of a drought that was wreaking havoc on the farming season.

So, when can we expect to see some rain in the UAE? Rainfall is still pretty unusual in November, with weather typically becoming more unsettled in December. February is the wettest month of the year, with around five days of rain.

The UAE has also been pouring investment into cloud seeding, a process that sees pilots injecting clouds with magnesium, sodium chloride and potassium chloride so they produce rain.