They’ve got that sunshine in their (very-well-pressed) pockets…

It’s Thursday, you’ve had a busy few days… well, let us gift you this little gem to cheer up the end of your working week immensely.

The three-night show involves a lot of formation marching, as well as bands from the Royal Guard, the army, the navy, the air force, and the Royal Oman Police.

Well, while there our neighbour’s Royal Guard performed a cover of Justin Timberlake’s infectious Can’t Stop the Feeling, as seen in this video shared by The Times of Oman, and we love it…

They can’t stop the feeling (and neither can we)…

(Yes, that is a mini brass band going electric, wavy on the balcony).

There’s something about the earnest nature of a military band combined with the peppiness of Justin Timberlake – it’s the fusion of genres we never knew we needed, but know that we’ve heard it we want more.

We particularly love the moments in the video when the stern military performers can’t help but crack a smile (who can blame them? It’s a joyous tune…).

Here’s a snap of the beautiful Royal Opera House Muscat where they were performing (one of the things that makes the Omani capital a great long weekend break for those of us in Dubai): 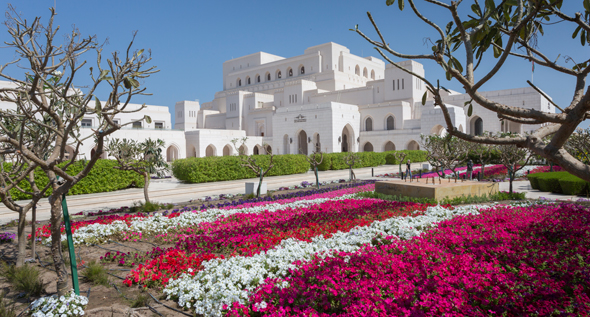 Culture
Theatre
EDITOR’S PICKS
Ramadan in Dubai: 40 iftars to try
READ MORE
Where can Dubai residents travel? Check out these 14 destinations
READ MORE
Rumours, facts and reveals: New Abu Dhabi bars and restaurants
READ MORE
UAE announces reduced working hours for Ramadan 2021
READ MORE
MOST POPULAR
20 places to enjoy culture and history in Abu Dhabi
3 mega-venues opening in Dubai that you need on your radar
6 fun things to do in Abu Dhabi this week: April 18 to 21
Book an unforgettable escape to Mӧvenpick Resort Kuredhivaru Maldives
Review: Is Lucky Fish worth its salt at West Beach?
YOU SHOULD CHECK OUT
Our website uses cookies and other similar technologies to improve our site and your online experience. By continuing to use our website you consent to cookies being used. Read our privacy policy here.