Latin pop icon Ricky Martin is the final artist announced for the 2018 Emirates Airline Dubai Jazz Festival. Martin, will perform on February 23, the final day of the music festival.

Martin joins John Legend and Duran Duran as headlining acts for the three day festival, with supporting artists still to be announced. 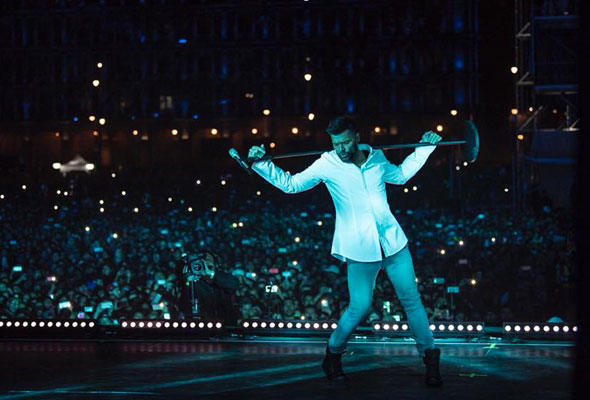 The star is credited with being responsible for bringing Latin music to the forefront of mainstream pop in the 1990s, and when he takes to the stage in Dubai for the first time, fans can expect to hear the Puerto Rican stars iconic hits such as “Living La Vida Loca”and “She Bangs”.

Most recently, in September 2017, Martin wrapped his first headlining residency “All In” at Monte Carlo in Las Vegas.

Fans can enjoy get hold of Early Bird Promo tickets from 12pm on Thursday December 14 until 12pm on Saturday December 16,  from dubaijazzfest.com. After the early bird promo, prices start from Dhs325.