Evita is the big musical coming to Dubai Opera from January 22 to February 3. Bring your tissues…

Eleanor Roosevelt, America’s beloved First Lady throughout the Second World War, once famously said: “A woman is like a teabag: only when in hot water do you realise how strong she is.”

When it comes to strong First Ladies, Eva Peron is right up there among the best. The Argentinian heroine, a former actress, helped her husband Colonel Juan Peron guide the country through a turbulent time from 1946 to her death in 1952, and in doing so became an icon of the South American country.

Such was the magnitude of the nationwide grief at her death from cancer aged just 33 that Peron was given a state funeral as well as memorial services that lasted 16 days despite having never held political office. 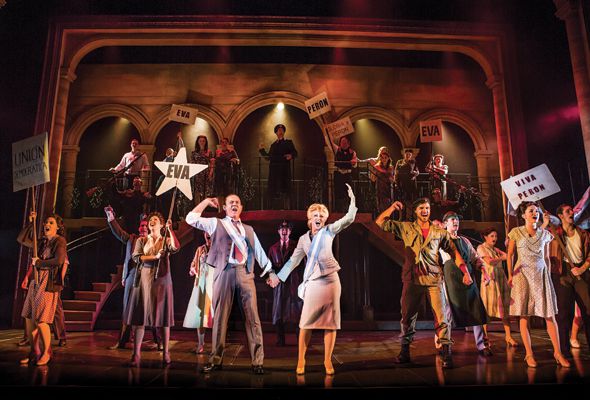 In scenes that would be echoed 45 years later at the funeral of Princess Diana, hundreds of thousands of people flocked to see Peron’s coffin pass along the streets of Buenos Aires. An estimated 2,000 people were rushed to hospital after fainting and the city’s florists ran out of flowers.

Peron’s extraordinary impact on the history of Argentina, her dazzling looks, her impeccable style – Christian Dior was infatuated by her – and her tragically early death made her the perfect candidate, therefore, for the Andrew Lloyd Webber treatment.

In the mid-1970s the maestro of stage musicals teamed up with work partner lyricist Tim Rice to produce a blockbuster show of politics, social upheaval, love, tragedy and tears that would turn out to be one of their last major collaborations. Before Evita they’d previously scored box office success with Jesus Christ Superstar and Joseph And The Amazing Technicolour Dreamcoat. 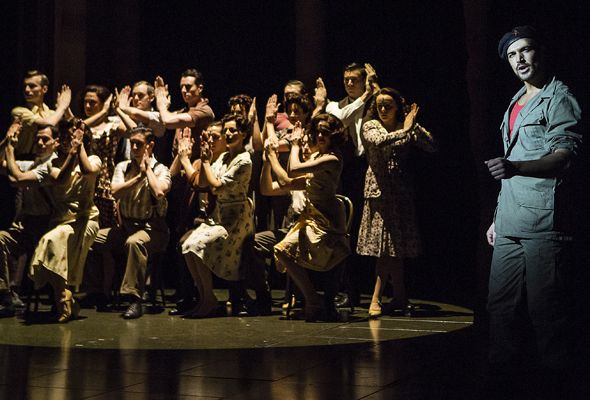 Lloyd Webber and Rice’s Evita began as a rock opera concept album in 1976 and made its debut on stage in London’s West End two years later with Elaine Paige in the title role.

This was the dawn of the era of the ‘super musical’ and Lloyd Webber would go on to recalibrate the global cultural scene – London and New York in particular – with a string of hit musicals that followed in Eva Peron’s haute couture-clad footsteps. The West End and Broadway have been packed with his shows such as Cats, Les Miserables, Phantom Of The Opera and Miss Saigon ever since, all of which contributed to create a golden age of musical theatre and make Lloyd Webber a very rich man.

Smash hit reviews, catchy lyrics, and memorable tunes hummed by the audience on the way out of theatre’s resulted in soaring ticket sales as well as numerous transfers and revivals around the world, which helped take Lloyd Webber’s personal wealth last year to about £715 million, bested only in the UK musician category by Paul McCartney. 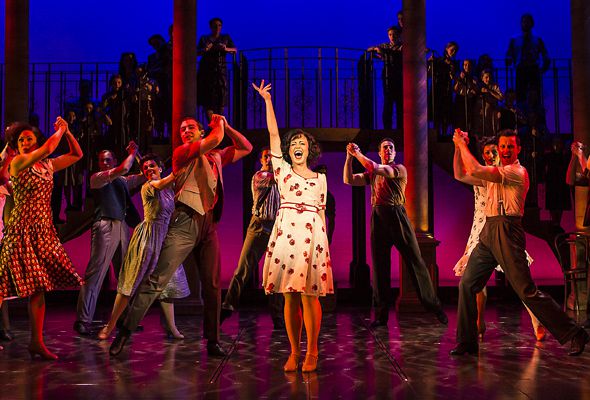 Evita’s latest revival came to London’s Phoenix Theatre in August 2017 with British actress Emma Hatton in the title role, and it is this version that arrives on the Dubai stage in January and February.

Think of Evita the musical and of course, for many, one song springs to the lips: Don’t Cry For Me Argentina. The song earned an Ivor Novello songwriting award for Lloyd Webber and Rice and has had tearful audiences reaching for their tissues for decades. Dubai, you have been warned.

Culture
Theatre
EDITOR’S PICKS
Bla Bla: Dubai's huge new beach club is set to open this Thursday
READ MORE
16 of the best beach bars in Dubai for sundowners
READ MORE
Watch: A look inside Conor McGregor's Dhs20,000 per night Dubai villa
READ MORE
Where to get the Covid-19 vaccine in Dubai, Abu Dhabi and across the UAE
READ MORE
MOST POPULAR
Need a few laughs? These comedians are coming to Dubai in February
Is David Guetta going to perform in Dubai? It looks like it...
Amazonico Dubai launches new brunch and rooftop after-party
A stunning bright pink lake has been discovered in the UAE
Review: Goldfish Sushi & Yakitori, Dubai
YOU SHOULD CHECK OUT
Our website uses cookies and other similar technologies to improve our site and your online experience. By continuing to use our website you consent to cookies being used. Read our privacy policy here.